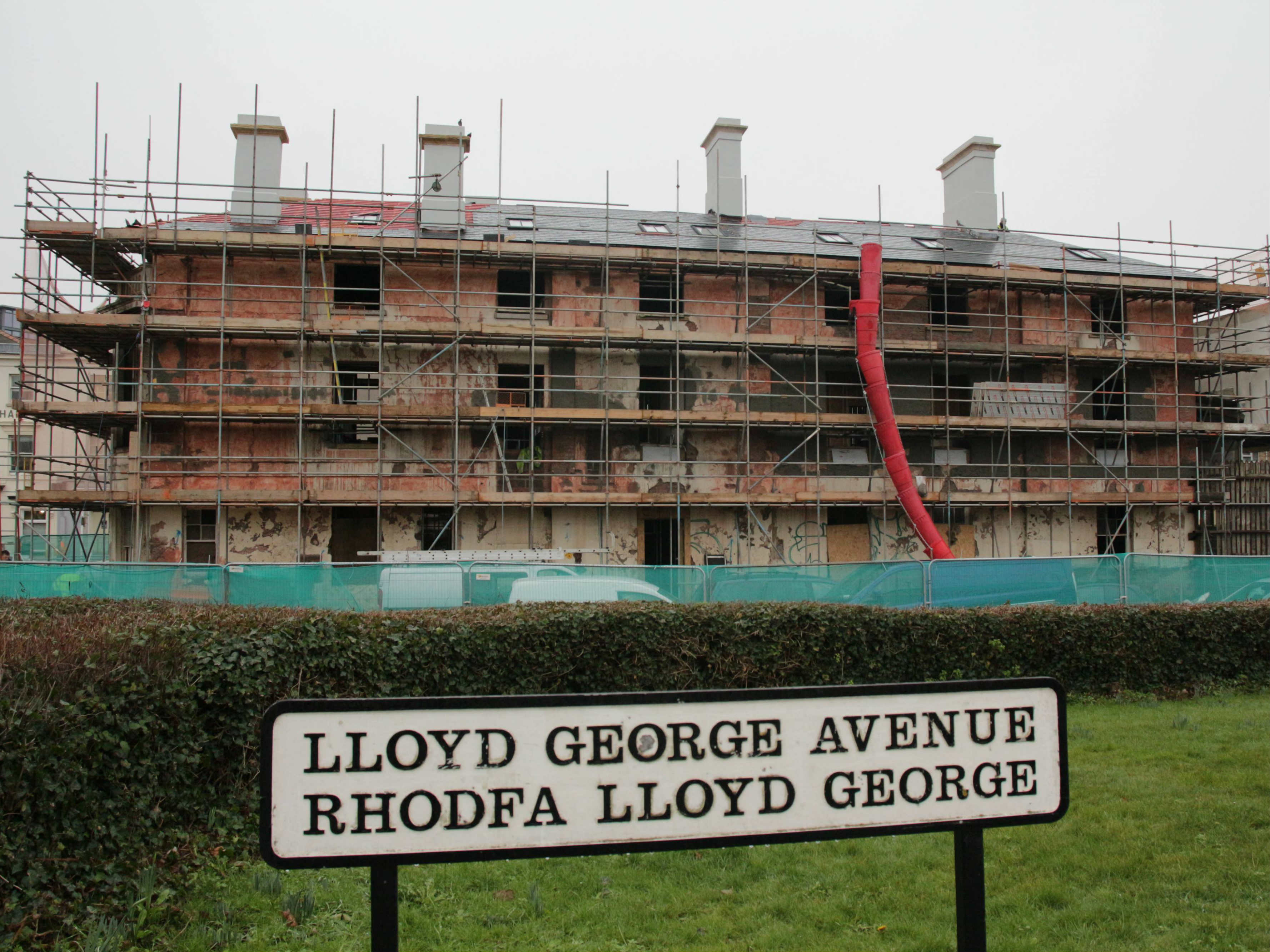 THE historic Cardiff Bay Station is being renovated to create an “ecosystem where you can eat, live and play”, said Simon Baston, director of LoftCo, the developers of the site.

The Grade II*-listed station, between Bute Street and Lloyd George Avenue, was built in the 1840s and is thought to have been designed by Isambard Kingdom Brunel.

The station was one of the busiest in Wales when the coal shipping industry was at its height in Cardiff Bay.

Planning permission for offices and a four-storey extension to the side of the building was granted in 2017.

Renovation work has started on the station building, with the first businesses expected to be in the offices by May. The extension will be added later. Mr Baston, whose company LoftCo won awards for the re-development of The Tramshed in Cardiff, told The Cardiffian that the exterior will remain largely as it would have looked when it was built.

“We have great links with the council and Cardiff because most of the buildings we work on are listed,” Mr Baston said. LoftCo also re-developed the Grade II-listed Pumphouse in Barry.

A building contractor from Penarth that specialises in regenerating listed buildings, DC Construction, will carry out the renovation work.

“The building has a great location and is super-sustainable, you don’t need a car to get to work there,” continued Mr Baston.

Concerns over the proposal were raised by residents and conservation groups during the planning process.

Lucie Carayon, 45, director of the Ancient Monuments Society, said: “We objected to the application in 2017, on the grounds that the four-storey extension would dominate the Grade II-listed building.

“We felt that it was not only overbearing but also that its design was out of place in this location. We suggested at the time that an industrial design would be more appropriate,” she said.

Last month, permission was given by Cardiff Council to set up a coffee pod and cocktail bar in shipping containers while the full redevelopment takes place. Academy Coffee, co-owned by Mr Baston and his sister, is a coffee shop and bar at The Pumphouse in Barry and will also run the coffee pod at Cardiff Bay station.

“We have seen the recent application for a temporary café on the site. What is proposed with this application is more the sort of thing we had in mind for the permanent extension: an industrial design which does not compete with the listed building,”said Ms Carayon.

The council’s recent planning report said:  “The containers will impact on the setting of the listed station, and are of a robust/industrial nature, which cannot be disguised, or modified to any great degree. However for this very reason, the containers have a particular character of their own, which is inherently ‘temporary’ in nature.”

Irene Harris-Edwards, 56, a cook at a school in Cardiff, grew up on Pomeroy Street in Butetown, but now lives in St Mellon’s and spoke to The Cardiffian about how Cardiff Bay has changed.

“There are so many offices, cafes and bars now, why can’t they put a museum of how the docks used to be there?” she said. There were earlier plans to house a museum at the site.

“The station is a beautiful landmark, it should just have a facelift and be kept much the same,” said Mrs Harris-Edwards.

A Cardiff council spokesman said: “The high cost of running some of Cardiff’s most historic buildings means Cardiff Council is set to look at new and inventive ways of safeguarding their future without putting an unsustainable strain on stretched council budgets.”

A figure of £24m was put on the maintenance backlog for historic building owned by the council, including City Hall, the Mansion House, the Norwegian Church and St David’s Hall.

The council is looking for options to: “Eliminate maintenance backlogs and reduce operating costs while retaining the council’s freehold ownership and safeguarding the future of the buildings.”

There are 2,000 Grade II* listed building in Wales, Cardiff Bay Station being one of them. Grade II* is a level above Grade II-listed, which most graded historic buildings in Wales are.

“We’re quite worried about Wales in general as there are fewer conservation officers here than elsewhere in the UK,” said Ms Carayon.