A Night to Remember at the Welsh National Opera

A night at the Welsh National Opera for a newcomer at the stunning Wales Millennium Centre can be a mesmerising experience.

The company is making a huge effort to make opera accessible to all and you don’t have to love opera to appreciate this staggeringly beautiful and affordable night out.

No photograph can prepare you for the stunning building at night as it lights up the skies of Cardiff Bay even on a storm-battered February evening. Inside hundreds of people thronged around the various bars and restaurants as a string quartet played discreetly in a corner.

The opening night of La Traviata this week was almost full to capacity. Despite severe weather conditions people braved the storms to fill the magnificent Donald Gordon Theatre almost to capacity.

The surprising thing is, and this is the main difference between the WNO and The Royal Opera House in Covent Garden, there were lots of young people in the audience. WNO’s campaign to make opera accessible to all seems to be working.

“We want everyone to enjoy the opera,” said Rachel Bowyer, spokesperson for the WNO. “That’s why we are running a programme called New To Opera which is a pre-performance session for first timers. It makes the experience all the more enjoyable.”

The cast of La Traviata at the Wales Millennium Centre

David Vicar’s somewhat steamy production of La Traviata is breathtakingly beautiful, particularly in its classically French stage sets and costumes. Verdi’s favourite can at times be laboured, particularly in the last death scene, but Linda Richardson’s Violetta seemed to gain pathos and momentum at the end which really did bring home the tragedy of the fallen woman.

But it was Alan Opie’s performance as Georgio Germont which really captivated the audience, and the emotion in his interpretation of fatherly love leading to tragedy was truly heartfelt.

“I really love the WNO, it’s so much nicer than Covent Garden, and everyone can afford it,” said opera lover Marie Postles, who travelled from London for the performance.

“It’s so much nicer to come to Cardiff than Covent Garden where you are like an outsider in an exclusive club. You don’t get that awful feeling of being ripped off either,” she said.

La Traviata is part of the spring “Fallen Women” season at the WNO. Information and tickets is available on the WNO website at www.wno.org.uk. 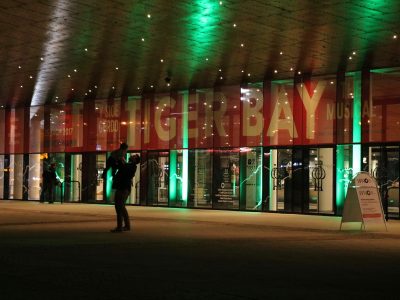