Home > Sport > Cardiff para-athlete is getting ready for Rio

Cardiff para-athlete is getting ready for Rio

IT’S a testament to the life of Robert Davies that breaking his back and becoming wheelchair bound is not the most remarkable thing that’s happened to him.

Since then he has risen to world number 1 in his class of wheelchair table tennis and is one of Great Britain’s brightest medal prospects for the Paralympics in Rio.

Rob in his Team GB kit

In 2005, Rob was playing hooker for Brecon RFC’s first team. He said: “It was the first league match of the season and there was a collapsed scrum.

In a bizarre turn of events, Rob’s twin brother Richard was on his way to watch the match when he was in a car accident.

“My twin brother was coming to watch me but there was flooding at the time and a car aquaplaned into him. The air ambulance was going to Rich first. Luckily for me they cancelled it and changed to me.

“When they were talking to me at the side of pitch they were a bit worried they wouldn’t be able to get the air ambulance out to me because it was with someone else. What I didn’t know is that it was at my twin brother.”

While Rob was in hospital he was introduced to table tennis Paralympian bronze medallist Sara Head and was playing even before he w.as discharged

“I had a chance to do wheelchair rugby and I was in the development squad for that when I came out of hospital. I chose table tennis because I wanted a challenge because I had done team sports all my life like football and rugby.

“The mental side of it is so much more than team sports and the skill level. It has got to be one of the most skilful things you can do. It looks quite easy but to win those narrow games you have to be skilled.”

Rob started regular training in a sport which he described as something previously “only ever done in the garage”. He developed his own unique playing chair which he can hook his left arm round for stability and his Velcro strap for his bat was made by his gran.

He was classified as class one player which is defined as the lowest level of mobility for wheelchair players. Wheelchair table tennis is exactly the same as standing table tennis except the players are allowed to touch the table to ‘recover’ after a shot and serves have to exit the end table or else a let is called.

The regular training and gym work was really important to Rob as he adjusted to his new life.

“I was used to gym and keeping fit because of rugby. That helped me recover and helped my rehabilitation. So doing sport helped in that way but I think it helped my mental rehab as well.”

“It was a hard group in London. I wasn’t expected to do much but I had an outside chance. The first seed Jean-Francois Ducay was in my group. I lost 3-2 to him and pushed him close in the end. It was a good match and I took a lot from it although I was gutted. It took that loss and that defeat to push me on.”

The next level and the road to Rio

After London Rob took some time off and almost stopped playing.

“I had a few months rest after London and did intend to stop. But you get the hunger and want to improve,” he said.

“I didn’t realise before London 2012 how hard I had to push myself. After that I realised and I upped my training and it has really paid off. I became world number one and that was partly by going to Cardiff City Table Tennis to train. I have been coming here twice a week and it has really helped.”

It is not just increasing the amount of training to five days a week that have made the difference. Rob said: “Training clever and with intensity is very important. Shorter periods of intense training are better than longer periods of general training.”

This is backed up by Cardiff City Table Tennis Head Coach, Nathan Thomas who Rob works with twice a week as well as his GB coaches.

He said: “He is an animal. He absolutely loves it. He works so hard because he is a perfectionist. Even though he is number one in the world he wants to be better”.

With less than 200 days to go until Rio, what would success look like for Rob? He won the European Championships last year and enters the tournament ranked the best in the world.

Rob’s back absorbs most of the impacts from his play so he uses a support to take the strain.

“Like all athletes I want to win gold but any medal I would consider acceptable. It is a hard competition and all my fellow competitors want the same. Everyone is training as hard as each other and you don’t know what is going to happen on the day. The top 12 are all competitive and they can all beat each other on their day.”

His main threat will come from the Koreans who have four players in the top 10.

“The Koreans are very strong. They play like the Chinese, they are very robotic and disciplined. I have competitions in Slovenia and Slovakia in May and the Koreans will be there so I am looking forward to testing myself against them.”

Coach Nathan Thomas has high hopes for him. He said: “He has a great chance. There are only a couple of players I think that can beat him. I think he is definitely a favourite for a medal.”

The nature of sport means that wheelchair athletes can have longer careers than their able-bodied counterparts. Rob will turn 32 when he battles in Rio and could have decades of elite competition ahead of him.

“I know a guy from Finland who is in his 60s and still playing. I don’t want to play that long. I am looking forward to Rio and am thinking about Tokyo but after we will see how things go.”

You can keep track of all Rob’s training and matches on his website www.robertdaviestt.com and on Twitter @robbie_tt

Paraolyimpics, Rio 2016, Rob Davies, Table Tennis
You may also like 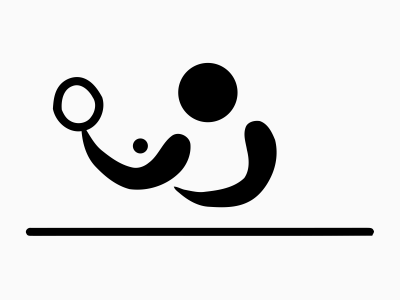