Women sing for their supper to help domestic abuse victims 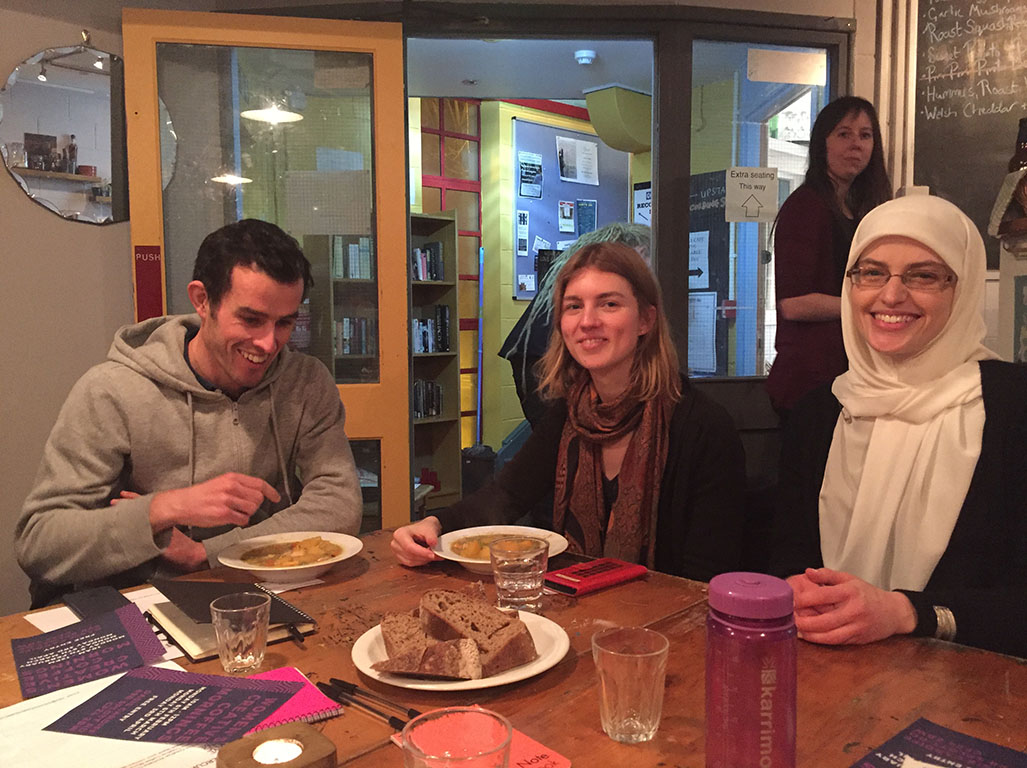 Andrew Symons, one of the organisers of the event

SING for your supper’s first event held in Cathays raised £120 for Women’s creative coffee mornings a group that funds coffee mornings for women to talk about domestic abuse.

The micro-funding dinners allow four community groups to pitch their ideas to an audience that vote on who they think should win the money raised from the evening’s ticket sales.

Inspiration for the scheme comes from Detroit SOUP, a crowdfunding concept where small community projects that would struggle to find funding elsewhere have the opportunity to win some money whilst having a platform to publicise their work and get other interested in becoming involved.

Even organiser Cody O’Cailleagh, 40, said: “This will hopefully get a project on its feet and help them on the footpath towards getting more funding in the future.”

Jenny Rathbone AM for Cardiff Central who was at the event said: “I think it’s an interesting idea because it’s a new way of crowdfunding for new causes when there is less and less funding around.”

“We shall have paint and cake now,” said Bethan Morgan who pitched the Women’s Creative Coffee Morning.

Ms Morgan, artistic director of Mercury Theatre Wales, said: “The project is about talking about domestic abuse. As I was developing my play, 35 Times, which is about how on average women suffer abuse 35 times before they get help, I felt there needed to be a place where women felt free to speak out about the issue as there is not always a way to do that in everyday life.” The coffee mornings are held in the Oasis centre in Splott. “We try to include refugees in the work we do because at the moment it’s not happening,” said Ms Morgan.

Each group was given five minutes to pitch their idea to the audience of 30 people who then had the chance to vote for who they thought was the most deserving of the money.

Soup, bread and dessert was served to the hungry participants, the food being donated by Roath Tesco and Riverside dough and cooked by Embassy Cafe.

Even the entertainment singer and harpist Sam Hickman plays for free to guarantee as much money as possible can go to the winning group.

“I have been a volunteer for a very long time,” he said, “I have seen the barriers community groups face, one is funding the other is connection and having confidence in themselves.

“This is where local people can take control of their own local and get involved and fund the projects.” Pitches were given by Mike Erskine who wants to set up a community events website.

Global Gardens project who want to set up a wormery to create compost out of food waste and use it to do community gardening workshops.

As well as from Barefoot Rascals a group wanting to organise a festival that celebrates the rebellious and independent nature of the Welsh people.

Sing for your supper will be held every two months with the next event expected in April where four new pitches will be served alongside soup and music.