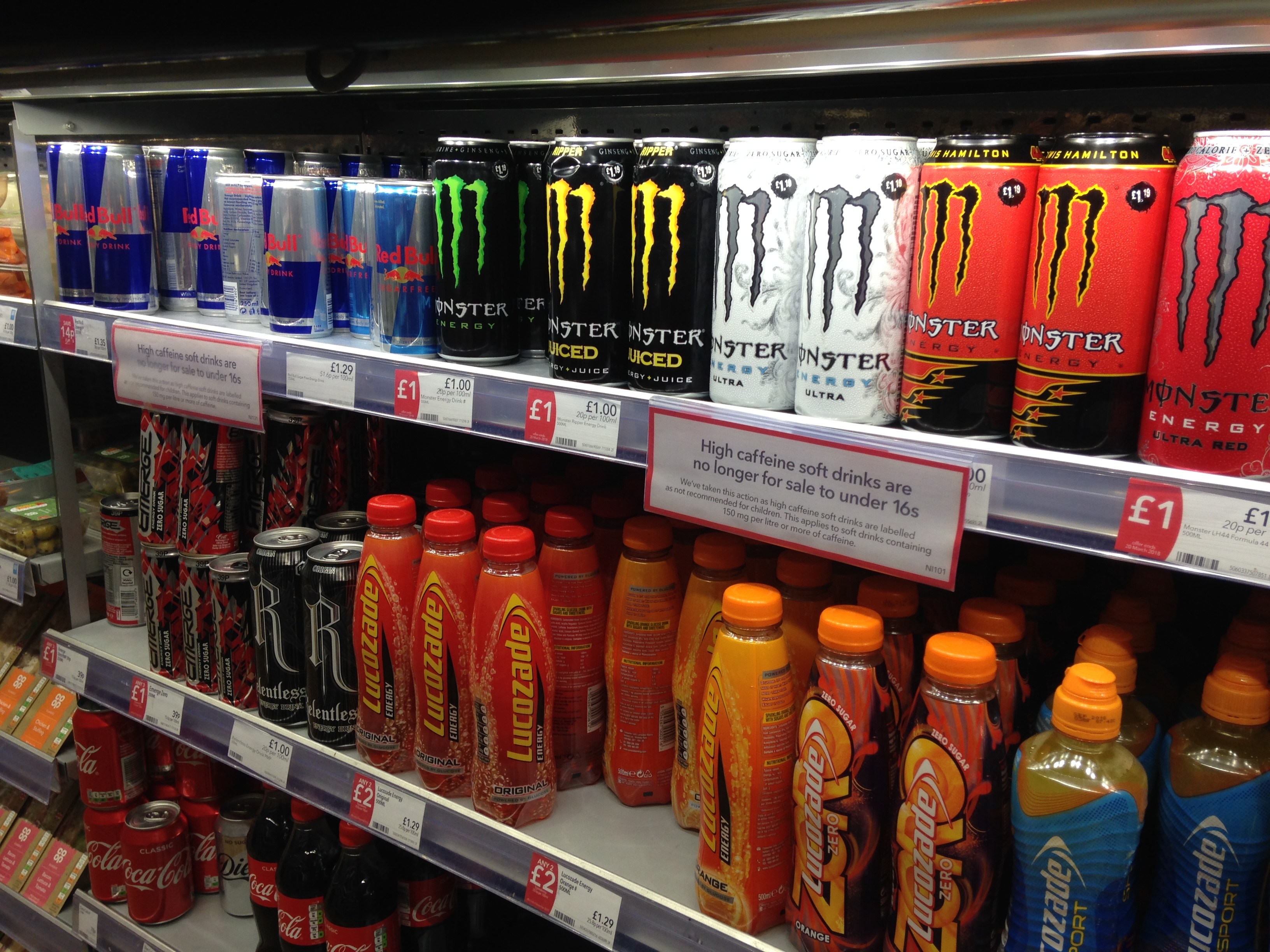 SCHOOL children are no longer able to buy energy drinks in many of the big supermarkets, after a ban came into force last Thursday.

Retailers Aldi, Lidl and the Co-op started restricting the sale of energy drinks containing more than 150mg of caffeine per litre to under-16s on March 1.

Morrisons, Asda, and Waitrose have followed suit and introduced the voluntary ban from yesterday. Boots, the only retailer that is not a supermarket, has also implemented the ban.

The Co-op on Station Road in Llandaff North is opposite the train station and attracts many school children on their way to Ysgol Gyfun Gymraeg Glantaf.

Tom, 16, travels to school on the train every day and stops off in The Co-op most mornings.

“I usually pick up a bag of crisps and a drink like Red Bull or Lucozade. It keeps me going until break time,” he said.

When asked if he had eaten breakfast, he said: “I had a bit of toast before I left the house but I need something else and this gives me energy to concentrate.”

Jess, 14, is a pupil at Glantaf and walks to school from Whitchurch. She was drinking a can of Monster Energy which she had just bought from the petrol garage on Station Road before school. The 500ml can contains 14 teaspoons of sugar and 160mg of caffeine- nearly as much as a double espresso from Costa.

“I just like the taste of it. I’ve never really thought about the sugar in it,” she said.

The rules have been introduced voluntarily by the supermarkets amid concerns about high levels of sugar and caffeine, but not all retailers have implemented the change. Campaigners hope that the example of the major supermarkets will encourage governments to produce national guidelines on recommended consumption levels of caffeine for children.

Alicia works in the Llandaf Co-op. She sees many school children buying energy drinks in the store on their way to and from school.

“The new rules were a bit of a surprise to the staff here. They came with the posters telling us about the new £10 note. Then on March 1, we had to start asking for ID.

“We even have to apply the Challenge 25 rule, so we have been asking some people who are in their 20s for ID before they can buy a can of Monster Energy. Some people are not that happy about it,” she said. Energy drinks for sale in the Co-op, with the new rules on display

Michael Fletcher, Commercial Director for The Co-op, said: “There is growing concern about the consumption of energy drinks among young people and we recognise that we must act.

“It’s a balance between offering choice whilst doing the right thing and we have listened to parents and teachers who want to limit young peoples’ access to high caffeine drinks.”

Just a bit further down the road, less than 100 metres from the school gates, Lidl sells its own-brand energy drink for less than 30p a can. X Energy contains more than six teaspoons of sugar and has a caffeine content equivalent to one large coffee.

Chris Keates, General Secretary of the NASUWT, has warned about how energy drinks are “readily available legal highs” and are leading to children and young people consuming high levels of stimulants, with little known about the long-term health impacts.

She said: “Teachers are left to deal with the effects these stimulants have on pupil behaviour. There is a chronic lack of awareness about the effects of these drinks which many pupils and parents think are just another soft drink.”