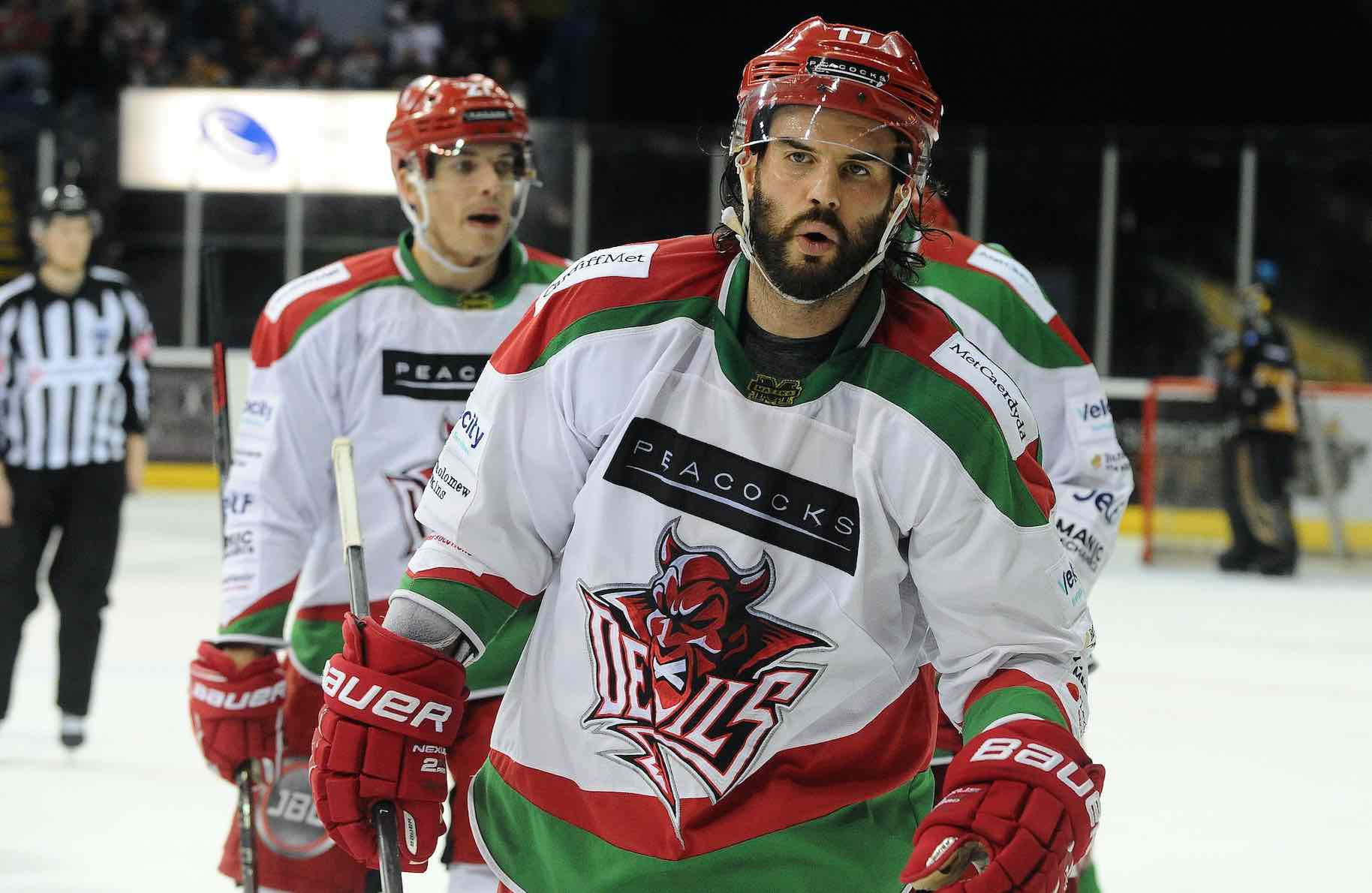 THREE FIXTURES await Cardiff Devils this week as they hope to get back on track after a difficult start to the month.

The Devils have endured a slow start to November, having been defeated by Coventry Blaze and Nottingham Panthers over the weekend.

The 2017/18 league champions remain in fourth position in the Elite Ice Hockey League and, with three games this week, there is plenty of opportunity to find form again.

We go again – it’s a new week and we’ve got three games coming up starting with the Fife Flyers at home on Wednesday ?

They begin the week by facing second-placed Fife Flyers at Ice Arena Wales tomorrow (Wednesday), followed by a trip to Milton Keynes on Saturday evening to face the Lightening, and a blockbuster clash with table-toppers Belfast Giants on Sunday afternoon.

The heavily congested fixture list presents the Devils with a chance to close the points gap on their league rivals.

Attention will first turn to tomorrow evening’s game and shoring up the defence – on Sunday the reigning champions were badly out shot 46 to 20 by the Panthers and, but for the heroics of goaltender Ben Brown, the scoreline could have been much worse.

A repeat of their last encounter with the Flyers, a 7-2 win last month, would be greatly welcomed.