Cycling Podcast: I thought Geraint Thomas was too nice to win Tour 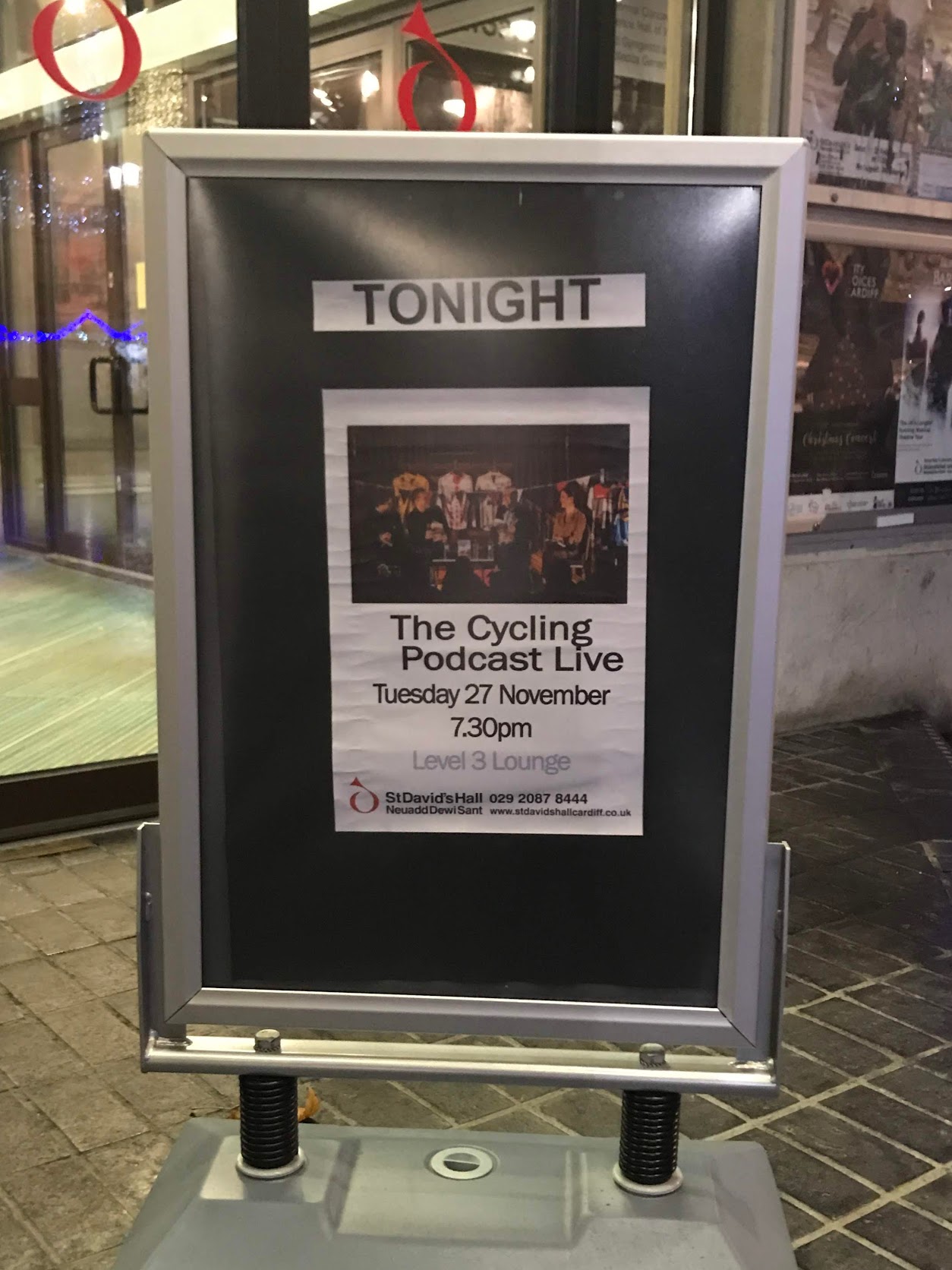 THE Cycling Podcast hosted its last live event of the year at St David’s hall and, unsurprisingly, Geraint Thomas was one of the main topics of conversation. As in the podcast itself, the format for the evening was very relaxed and hosts Richard Moore, Lionel Birnie and Orla Chennaoui began with an assessment of this year’s cycling.

They read extracts from their upcoming book and discussed the Giro D’Italia and the abuse they received on social media for their coverage of the Giro’s start in Israel.

Moore said although they had tried to be as even handed as possible, this had done nothing to stop abusive comments from both sides of the Palestine-Israel debate.

They then moved on to Simon Yate’s misfortune at the Giro, and ultimate redemption at the Vuelta a Espana.

A member of the audience asked if the hosts thought Grand Tour winners need a ruthless streak.

This led them onto Thomas’s unforeseen Tour de France victory this summer which Moore had previously described as “fanciful”.

Apparently, Thomas listened to the podcast and was not particularly impressed with that assessment.

“I did notice Geraint stopped following me on Twitter after the Tour,” Moore laughed.

He explained that before the Tour he simply didn’t think Thomas had that ruthless nature.

“I just thought that Geraint was too nice to win the tour,” he said.

Orla Chennaoui agreed: “I think we all expected the Geraint Thomas bad luck to kick in at some point.”

In the event they were both wrong and Thomas became the first Welshman to win the Tour.

The crowd seemed to enjoy the evening and the Q and A section of the night was very lively with a wide array of questions from “is cycling more beautiful than rhythmic gymnastics” to “what do you think of the Bradley Wiggins affair?” cardiff, cycling, Events, Podcast, St Davids
You may also like

The Six Nations Slam: Our boys are back with podcast No 4
About Post Author