Home > Long Reads > Fairtrade Fortnight: What’s on, and why should we care? 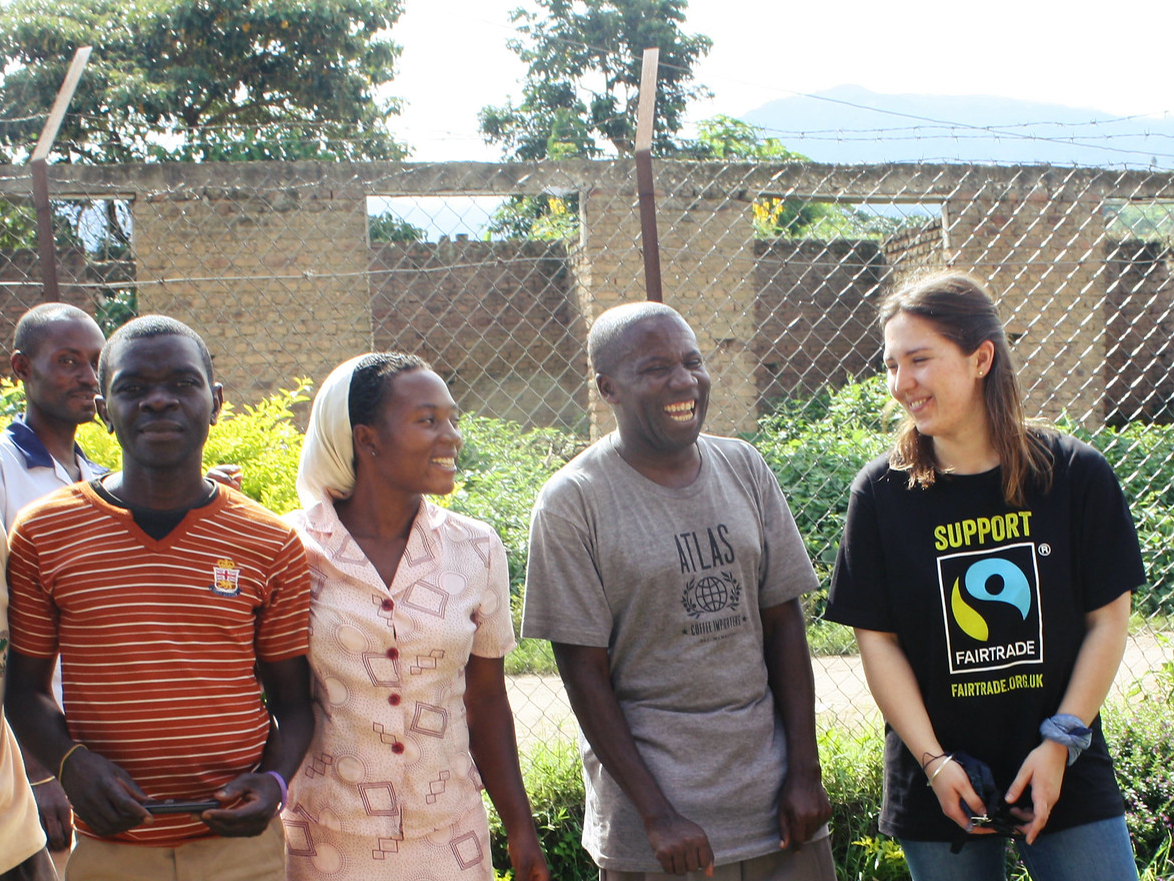 A look at the world’s first Fairtrade capital, 16 years on …

IN 2004, Cardiff won the race to become the world’s first Fairtrade capital city, beating Edinburgh by a matter of days.

The distinctive blue and green logo is present on an increasing number of products in supermarkets – namely coffee and chocolate – but do we really know what it means?

This year, Fairtrade Fortnight is looking at the idea of living income.  Extensive research, talking to families and households across Ivory Coast, found that the living income is £1.86 a day. Currently, cocoa farmers in Ivory Coast earn about 74p a day.

Last year, Fairtrade Fortnight focused on getting governments and organisations to pledge to work towards that living income figure. It had some success; in the Ivory Coast and Ghana, where most of the world’s cocoa is produced, governments are in talks with Fairtrade International.

However, this year addresses recent research which highlighted that, while the average farmer gets 74p, a lot of women only get 23p.

“Women often do the majority of the labour on the farm. Looking after the cocoa growing, picking, drying, fermenting – a lot that needs to be done to those beans. They also do the majority of household chores, childcare, looking after the sick and the elderly, collecting the water, cleaning, cooking the dinners,” said Ms Burmeister, national coordinator of Fair Trade Wales and a member of Fair Trade Cardiff.

Several events will be running in Cardiff, including  She Deserves Fairtrade: Women in Leadership to be held on Monday, March 2.

Jenipher Wettaka Sambazi, from the Mt Elgon Coffee Co-operative in Uganda, will be sharing her own leadership experiences on the day.

Ms Sambazi is the chair of her own cooperative of 500 farmers and vice chair of a secondary cooperative, made up of 3,500 farmers from nearby cooperatives. This group has the quantity of produce and ability to export, and thus gives the farmers a bigger global voice.

“I’m most excited about getting a new audience involved. With this event we think it’s really important to talk about the role of women in leadership, all over the world,” said Ms Burmeister.

What is Fairtrade Fortnight?

Fairtrade Fortnight is an annual two-week event which sees thousands of individuals, companies and groups across the UK come together to celebrate the people who grow our food. This year it is running from February 24 to March 8.

Fairtrade works with 1.6 million people across 74 developing countries, providing the Fairtrade Premium and a safety net against volatile market prices.

Farmers do not receive a wage, but the minimum price helps to ensure their income is fair. They can then choose to use the premium to invest in their local community, which helps in the longer-term.

However, this recent research suggests that even the minimum price is often not enough to prevent poverty.

Ms Burmeister said that, just as the UK has been discussing the need for a living wage, the same conversation has been happening in Fairtrade.

“The minimum price is good, it does protect farmers, it does stop them falling further into extreme poverty, but it’s not a living income, it’s not getting them out of poverty,” she said.

In Ivory Coast,  Fairtrade International, in partnership with Compass Group UK & Ireland and the Co-op, funds a women’s leadership school.

“What we are trying to highlight is the fact that the situation is even worse for women in general but, with Fairtrade, women actually are doing very well for their relative situation.”

“We know that Fairtrade pays a fair price and has a premium which helps communities decide but, actually, there are rules that say that it has to be democratic decision-making and women have to be involved. Empowerment is a really big part of Fairtrade but often we talk about just the price we’re giving them.

“I hope that people learn something new and realise that by buying something with that mark on or by getting involved in their local Fairtrade group they’re speaking up for global equality and women’s rights.”

Society has come a long way in terms of ethical buying.

“There are three pillars of sustainability: economic, environmental, and social. We like to think that Fairtrade encompasses all of those,” said Ms Burmeister.

Many of the Fairtrade cooperatives choose to use their Premium to invest in local sustainability projects addressing climate mitigation or environmental protection.

One group are helping to save turtles on their local beach, while another newly certified cooperative in Sierra Leone have had training to protect the rainforest.

“If someone is poor and cannot go and buy fuel, they are going to chop down trees for firewood. If someone is unable to provide medicine for their family, then they are going to overuse their land to try and get as much crop as possible. When you are willing to train people and pay them fairly, it helps,” said Ms Burmeister.

This attitude feeds into the many education projects run by Fairtrade International, such as teaching communities harvesting Fairtrade gold about the negative impacts of mercury.

“Very often, people just don’t know things are bad for them. Mercury gets the gold out quick and they pour it everywhere and they don’t realise it’s going into their fish and into the sea. They don’t realise they are eating it and that it causes problems in pregnancy.”

Fairtrade Cardiff welcome local people to join, either in specific roles or as general volunteers, and meet around three times a year.

They are partnered with Fair Do’s, a Fairtrade shop on Llandaff Road, Canton, which sells a wide variety of Fairtrade goods and runs outreach projects including school visits. Several teachers have also visited the shop ahead of Fairtrade Fortnight to collect products for their pupils to sell, as well as bilingual resources such as posters and stickers.

Fair Do’s is working with four local libraries and the Church in Wales to support their Fairtrade Fortnight activities and will have a stall at Canton Library on Wednesday, March 4.

Manager Jan Tucker said: “Once I discovered, many years ago, the injustice in trade, how the people who grew the coffee I drunk and the cocoa for chocolate bars I enjoyed lived in dire poverty, and that Fairtrade is an alternative way to trade where there is no slavery or exploitation and people are paid a fair price for what they produce – well, I was hooked!”

Ms Tucker has met several farmers over the years and has witnessed how Fairtrade has improved their lives.

“If a Fairtrade rice farmer in Malawi can sell 90kg of rice, that is enough to pay for one year’s education for one of their children. That’s why I want more people to get the message and switch to Fairtrade,” she said.

“They’ve got lots of lovely crafts there, and they’ve got jewellery and clothing, great for gifts, Christmas, birthdays. When all my friends have babies I get them something from there” said Ms Burmeister.

“It’s very easy to go, ‘Well I can’t see it so I’ll go and see if I can find it somewhere else’. What we’ve heard from big commercial organisations is that those voices, regularly asking ‘Do you have this?’, ‘Can I have this?’, gets fed right up, and that’s what leads to change.”