Home > Going Out > Days Out > What’s occurring? Things to do on St David’s Day 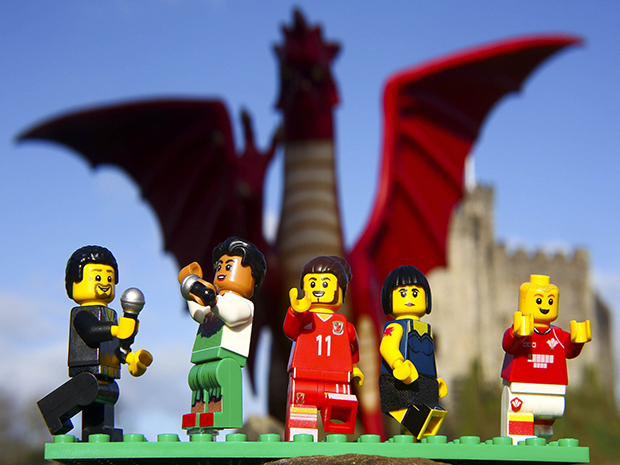 Fancy a trip to the theatre or buying a Lego Nessa? The Cardiffian has got you covered

UNIQUE Lego figures of famous Welsh people are available to buy in Cardiff as one of many ways to celebrate St David’s Day.

Gavin and Stacey favourite Nessa, as played by Ruth Jones, is one of the series of Welsh VIPs portrayed in Lego in a charity fundraiser.

Nessa, along with sports stars Gareth Bale and Gareth Thomas, and singing stars Tom Jones and Shirley Bassey, are available from the Lego store in the lower section of the St David’s Centre between 11am and 5pm.

Shirley Bassey, the first Welsh person to have a number 1 record with As I Love You in 1959, was chosen for the honour, along with the others, by the St David’s Centre.

Marketing manager for the centre Hywel Butcher said: “We’re really looking forward to seeing shoppers’ reactions to the celebrity mini figures, we absolutely love them, and it’s great to see each character come to life.”

The Mini Welsh Legends will be available for a minimum of £5 in cash, all of which will be donated to charities the legends are patrons of – Velindre, Pride Cymru, Ty Hafan, Valley’s Kids and Noah’s Ark.

Mr Butcher said he hopes that shoppers will show the “incredible generosity” that they have in past charitable causes.

“The five charities benefitting from the campaign undertake fantastic work in supporting our community.

“All we ask is you pick up one of the icons and make your donation – or you can purchase the whole set and complete your collection.”

Elsewhere in the city, the St David’s Day parade will take place again this year with those wanting to be involved told to meet at 12pm on King Edward VII Avenue with the aim to leave at 12.30pm.

The family-friendly parade is described by the organisers as “an opportunity for those who live in Wales, regardless of age, ethnic or social background, to join a dignified and imaginative celebration of Welsh heritage and culture”.

If it’s a performance you’re after, Theatre Iolo are putting on a production at Chapter Arts Centre, Canton, of Chwarae, a play centered around the adventures of boy who is “unexpectedly catapulted from one world to another”.

Michelle Perez, general manager of the theatre said: “The Theatr Iolo cast and company are very excited to be celebrating St David’s Day with a new Welsh language production for families.

“We think St David’s Day is very important to the people of Wales and a perfect way to celebrate Welsh pride and culture.”

The play, which is suitable for those with a range of Welsh language ability, is aimed at families with children aged four to eight, offering “a chance to play games together at the end”.

There will be two performances, at 11am and 2pm, both lasting an hour with tickets at £8 per person.

Those looking for a more active celebration can take part in Invncbl’s St David’s Day run, taking place between 9am and 1pm in Bute Park – with fancy dress encouraged.

A 2km family fun run is available as well as 5km and 10km runs, with the website instructing people to “don your leeks and daffodils and be part of what it really is to be Welsh”.