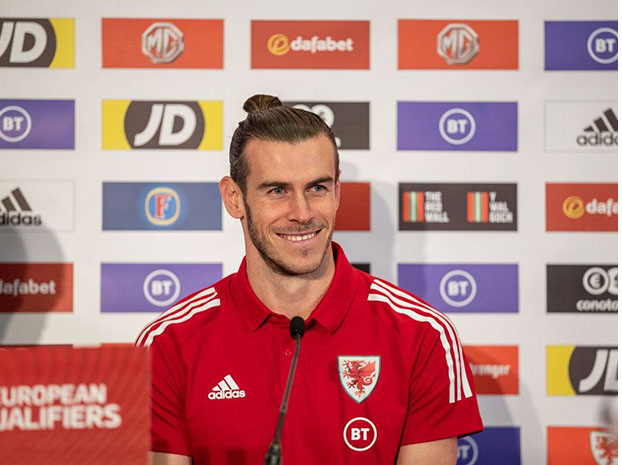 Wales need to win to confirm automatic qualification for Euro 2020

GARETH Bale and Aaron Ramsey are both fit to start in the winner-takes-all clash against Hungary tonight, boosting Wales’ hopes of qualifying for the European Championship.

Bale, who has been struggling with a calf injury, started Wales’ 2-0 victory in Baku last Saturday but was replaced after 60 minutes.

His replacement, Ramsey, has also been struggling for fitness but manager Ryan Giggs has confirmed the pair are both in contention to start against Hungary.

Speaking to the media on Monday, Giggs said: “The lads recovered yesterday and had a bit of time off, so we’re ready for the game.

“We’ve got a few players who played 90 minutes for the first time, and the lads who needed minutes got minutes.

“It’s a balancing act, and that will obviously impact on the selection. Aaron (Ramsey) and Gareth (Bale) are ready to start, and so is everyone else in the squad.

“If we can recreate what we achieved in 2016 it will be fantastic. We’ve put ourselves in a great position to qualify.”

Wales can book their place in next summer’s tournament with a victory over Hungary, a feat they couldn’t manage in the reverse fixture in Budapest where they lost 1-0.

If Hungary win, it will be them celebrating automatic qualification to the Euros and Wales will have to settle for a play-off spot.

The play-off semi-finals, which are just single-leg ties, will take place on March 26, with the final due for March 31.

Slovakia are also in with a chance of qualification should the game at the Cardiff City Stadium end as a draw.

Due to Slovakia’s superior head-to-head record against Hungary, they could leapfrog into second place with a win over bottom of the pile Azerbaijan.

“We needed a favour from Croatia and they showed their quality. We need to finish the job, it will be difficult, but we’re ready for the challenge,” said Giggs.