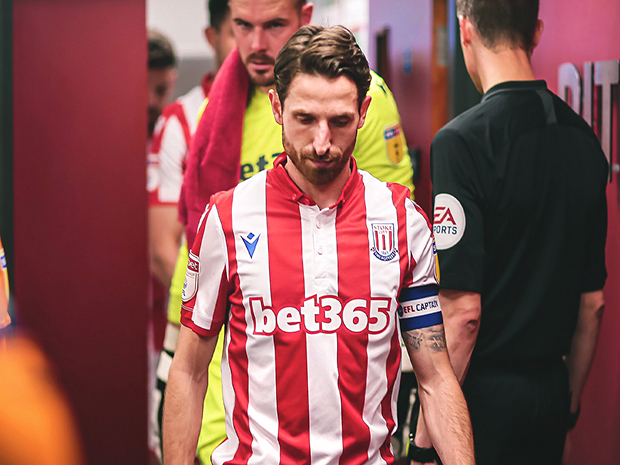 JOE Allen’s season-ending injury has left Wales manager Ryan Giggs with a selection headache ahead of this summer’s European Championship, with Cardiff City’s Will Vaulks in contention to replace him.

Allen ruptured his Achilles on the brink of half-time during Stoke City’s 5-1 victory over Hull City this weekend.

The midfielder, who has 56 caps for his country, was instrumental during Wales’ qualifying campaign for this summer’s tournament and fan James Charles, 22, thinks he will be missed.

“Obviously having someone like that completely unavailable to you is always going to be a disadvantage,” he said.

“Being a regular starter at Stoke and the experience he brings to the international squad, especially to players like (Ethan) Ampadu and (Joe) Morrell.”

The injury could see Aaron Ramsey deployed in a deeper role, as well as players like Vaulks, Ampadu and Morrell taking on a bigger role in the side and Mr Charles said that could be challenging.

“It’s going to be a lot of pressure for them to step up and be consistently good over the whole tournament, more than the glimpses of quality we’ve seen through the qualifiers.

“Players like Vaulks will be basically thrown in at the deep end to produce off the bench. It’s going to be a big tournament for the youngsters to prove their worth.”

Vaulks, who has five caps for Wales, has had a run in the Bluebirds team since January and scored against Barnsley last weekend.

It would be a big ask for the 26-year-old to replace Allen, especially considering the Stoke midfielder’s stellar performances during the last competition.

The 29-year-old was named in the team of the tournament during the tournament’s 2016 edition after playing in every game as Wales made it to the semi-final.

Sean Fitzgerald, who is travelling to Rome to watch Wales this summer, said Allen will be a huge loss.

“He’s vital. He was Wales’ most consistent player over the whole of Euro 2016,” he said.

“It will be a loss but hopefully with the upcoming youth we will be able to try and fill his slot in midfield.”

It’s not just in Wales where Allen is admired, with Angela White, chair of Stoke City Supporters Council, describing the injury as a big blow.

“He will be a big miss for the football club, but the most important thing is that Joe makes a full recovery and gets back to playing for Wales and Stoke.”

Allen, who has taken on the captain’s armband at the Bet365 Stadium during Ryan Shawcross’ time out with injury, has been influential at the club since Michael O’Neill took over in November.

Robin Grey, who commentates for BBC Radio Stoke, said: “Allen’s upturn in performances has sparked a revival at Stoke.

“Despite being four points clear of the relegation zone, Stoke’s run in will be much harder without the Welshman.”