Home > Where You Live > City > God’s love is for all: lnside the welcoming LGBT+ church

God’s love is for all: lnside the welcoming LGBT+ church 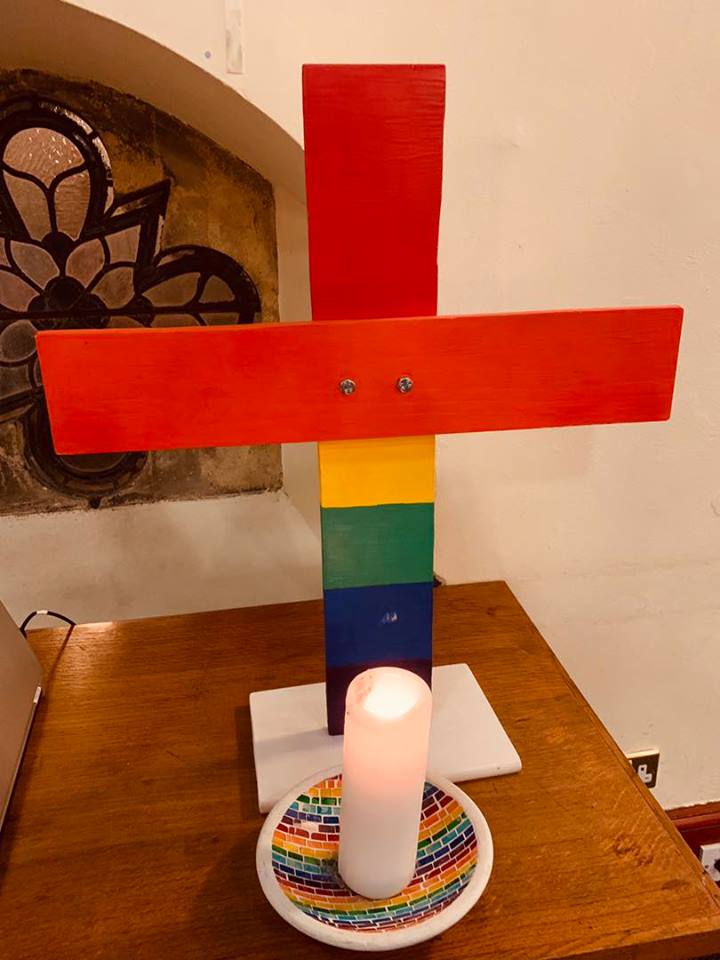 IT is a mild Sunday evening in Cardiff. The streets are rather crowded, yet none of the passers-by seem to have heard of an “LGBT friendly” church.

I am about to meet Nici Lintern-Gittens, a leader at the Gathering; a group of LGBT+ people, including allies, who are adopting a different approach to their religion.

Following 10 minutes of waiting, a little nervously, people of varying ages and ethnicity begin to arrive. They immediately put me at ease. Not too different to a welcome at any other church, I am sure. But the special significance about this church is in the service that follows.

I am relaxed, offered a drink, and politely asked not to photograph members of the congregation; this is a safe space.

“Everyone is quiet, how off-putting,” jokes Nici. She sees to that with a rendition of Rend Collective’s “My Lighthouse”, followed by “Hark the Herald Angels Sing”.

Opposite ends of the hymn spectrum, you may think. It is a telling insight into the Gathering’s take on worship. They recognise the benefits of traditional Christianity, but merge that with a dose of modernity.

Nici sends an advent calendar around the congregation, and asks what the doors represent for us.

One member asks, “How many doors before we are welcomed, as LGBT+?”

“Churches are keeping themselves in,” says another. “But you can choose which side of the door to be on.”

Churches in Wales have seen a 15 percent decline in attendances in the last five years, while numbers at the Gathering have seen a steady increase. That is not something that completely satisfies Nici.

“We are on a mission to make sure that one day we are out of a job,” she says. “But I cannot see that happening in my lifetime.”

There is some smaller group discussion, before Nici reminds us that the Bible is not to be read “for every dot and comma. It is just not possible to follow a text so strictly that was written so long ago”.

She is keen to point out, though, that at no point in the Bible does the scripture criticise homosexuality.

Following the service, I talk to another group leader, Samuel Johnston, and Nici, about their experiences as part of the Christian LGBT+ community. Why have you decided the Gathering is for you?

“I was a regular at my old church for over 10 years,” says Samuel. “Until last year when I entered a same-sex relationship. I was then forced to resign my membership and leadership.”

“I found the Gathering on the internet,” he gleams. He is happy to have found a place of acceptance to practise his faith.

Samuel is also eager to stress that no-one should take any teachings of the faith too literally, and emphasises the importance of reading widely.

“It is really easy for each church to preach their own teachings. I was in such a bubble. But since coming to the Gathering my outlook is more liberal, to say the least.”

It is a story that reverberates widely across the religious LGBT+ community, but one that Nici believes is slowly becoming less common.

Is Cardiff a safe place to be LGBT+, and what is the Gathering’s role in helping it to become so?

I ask the question in light of the homophobic attack on Gareth Thomas in Cardiff recently.

“There are pockets of hatred in Britain, but we are generally seeing a more welcoming approach,” says Nici.

“When we started this mission seven years ago, most people had nowhere else to go. Now many have somewhere else they feel comfortable to attend on a Sunday morning,” she says, proudly. Nici is under no illusions, however, that there is still a long way to go.

“Homosexuality is still illegal in around 70 countries in the world, and the Gathering, among others, has a huge role to play in that number decreasing.”

Nici’s words also come from personal experience and resonate with a community that for so long has been excluded by religious institutions, and who can now enjoy acceptance in a church that welcomes them for who they are.

“God’s love is for everyone.”

The goal of the Gathering is to discuss and to learn, honour one another for having the courage to participate, and recognise that religion is about understanding, not agreement or argument.