“My grandfather the spy” 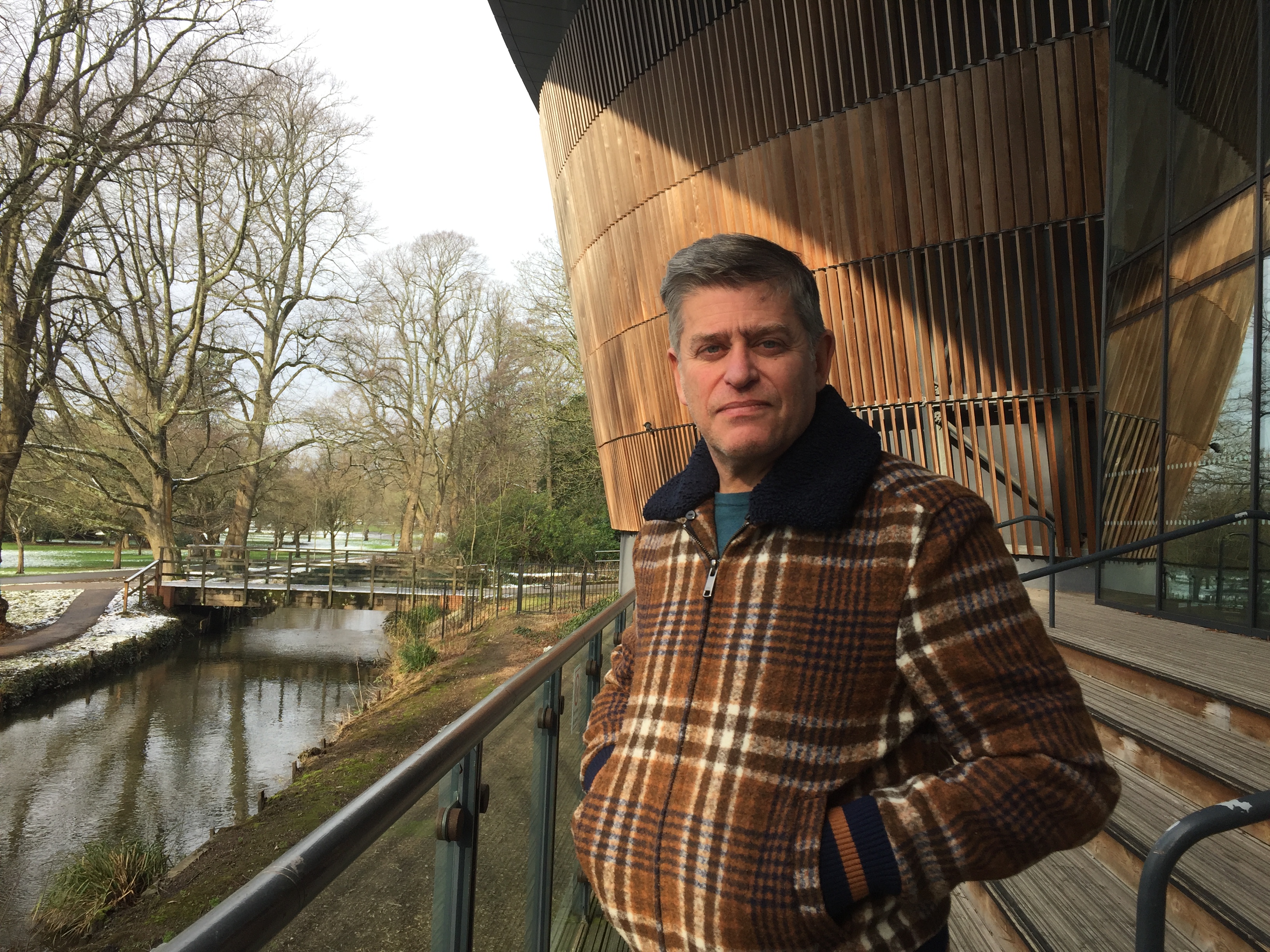 DAVE Evans always knew his grandfather was an extraordinary man, but what he has discovered exceeded anything he could have imagined.

Family life in a Welsh mining village was nothing out of the ordinary for Dave growing up – until his grandfather disappeared to Bulgaria in 1979.

Dave, 54, has spent the last five years delving into his family history, which led him to produce a film provisionally titled My Grandfather The Spy.

I asked how he came to realise this about his grandfather. “That’s what we explored in the film. I don’t know if we’ve reached the answer in the end,” he said.

Dave, who grew up in Tonyrefail, speaks about his grandfather fondly. “He was very warm with me and very correct. He had a sly sense of humour and was very understated. He was very smart, very elegant … he was very aspirational.

“I don’t think other children growing up at the same time in the same place had that sort of role model,” he said.

He remembers his grandfather’s career as a shopkeeper and security consultant working with various firearms.

“The whole thing with the firearms, I suppose it was impossibly glamorous to me, international travel, the clothes they wore – all that kind of thing had a really deep and profound influence on me.

“I’ve grown up, spoken languages, travelled at the first opportunity, followed in their footsteps,” he added.

A bit of background – shortly after the death of Dave’s maternal grandmother in 1976, his grandfather Eric went to Bulgaria and continued going back and forth over the next few years.

Christmas 1979 was the last Dave – a teenager at the time – ever saw of Eric. “That’s where this strange story starts,” said Dave.

“For many years we didn’t discuss it. It was a totally taboo subject.

“I was very curious about what had gone on because I was even aware at the time that it wasn’t a very regular thing for people to go back and forth to Bulgaria.

Dave was always curious about what really happened with his grandfather. “He basically cut contact and none of the phone calls and letters my family sent were answered.

“Its not like when a four-year-old goes missing and it’s a massive event. But when an adult disappears it’s a choice they have made. It’s a slow burn thing, you let things go a week, then another week. A letter doesn’t get a reply, a phone call doesn’t get answered.

“My parents never really pursued it more but I never really understood why they didn’t make more effort,” he said.

Fast forward to 2013, when Dave was in Bosnia working on another project.

“And then a few years ago I started doing a lot of work in Eastern Europe and I thought ‘What if there is a chance that he is still alive? What if he is living in Bulgaria now? Is there a way of finding out what happened, where he was and what he was actually doing?’

“It was this odd thing that I kept getting closer and closer to the locus story. My personal and professional life was taking me into the heart of the story until I couldn’t avoid it anymore,” he said.

My Grandfather The Spy documents Dave’s five years of trying to trace his grandfather’s time in Bulgaria and complete the puzzle.

The process was one of trial and error.

“In the period between 1975 and 1985 he had a very interesting life connected with Bulgaria. There’s no documentation to back it up,” said Dave.

“In some ways it’s a hybrid documentary. You’ve got elements of reconstruction. Me as a nine-year-old, me as a teenager and me as I am now.

“I think there’s always something really poignant about seeing home movie footage of someone as a child and then cutting to them at 50, 60 or 70.

“I think there is a big Cold War, weirdness, espionage genre element to it but really it’s a family story and it’s about relationships within the family,” he said.

Dave hopes that by releasing My Grandfather The Spy, more information will materialise.

“I’m sure that by getting it out there on to screens and getting it into the cinema we’ll find out more because people will come out of the woodwork.

“My hope in some ways with it is that actually getting the film out there will in itself open up other avenues of research,” he said.

My Grandfather The Spy is a unique story of espionage and mystery in an era of political turbulence, but beyond that, the story is rooted in the life of an ordinary family from South Wales.