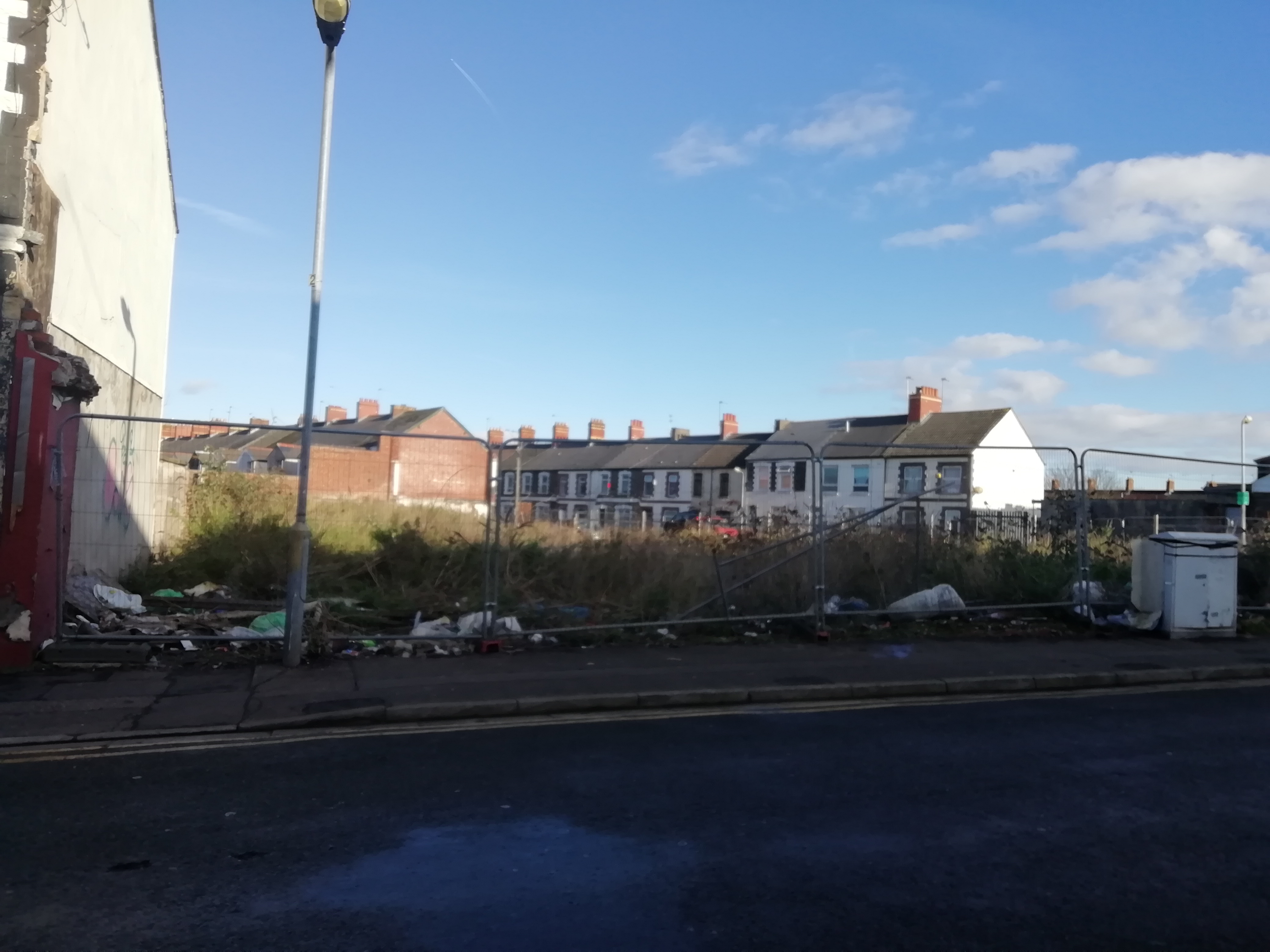 The Riva Bingo site has become a fly-tipping hotspot ever since it burned down four years ago.

THE owner of the old Riva Bingo site in Adamsdown has been criticised by the community for failing to make any progress since its demolition.

The site, located on Agate Street, was demolished after a suspicious fire in February 2015, which forced residents from their homes.

Since then, it has become a hotspot for fly-tipping, which is already a massive issue for the ward.

Figures from 2017/18 show that there were 41 fly tipping incidents in the ward which were reported to the council.

An application was first made in 2008 to turn the site into 46 residential flats with 14 car parking spaces but this was withdrawn.

Mr Zafar Malik, 62, who owns the site, then applied in July 2014 for 60 apartments and 7 car parking spaces to be built but withdrew this application after strong opposition.

Mr Malik returned with a new proposal in 2016 when there was no option but to demolish the building after substantial damage from the fire and this application was approved.

This final plan consisted of 47 self-contained flats with 11 one-bed flats and 36 two-bed apartments. 38 underground parking spaces have also been included but there are still concerns.

Glamorgan Gwent Archaeological Trust (GGAT) were one of many to oppose the construction. At the time GGAT said: “The building has many features of contemporary cinemas dating back to the early 20th Century including architectural details in the Palladian style.

“We advise that the building is considered to be of historic importance by virtue of its cultural significance within the area.” Currently behind the gates of the site. Liberal Democrat Councillor for Adamsdown, Nigel Howells, is calling for the owners to change the fencing.

There were many who opposed its development due to current parking difficulties in the ward. Neighbouring Splott Road housed the Mount Hermon Primitive Methodist Chapel and was also given permission in 2017 to be converted into an 18-flat housing block.

Work is yet to commence on the site at Agate Street.

One resident, Daniel Jones, of Agate Street, said: “My first thought was about the parking, parking is an issue here as it is.

“Now I think about the sunlight. We had the bingo hall here first and it wasn’t too bad, but you think if they build it with the intention of four storeys or whatever it is it blocks all the sun.

“You think of all these developments being built and no one living in them, it’s madness. I’m thinking of moving partly because of it”.

Another resident of Agate Street, Abdullah, 42, said: “It is not a good sight”.

It is not just the appearance of the site that has frustrated the community, but it has encouraged a new wave of fly-tipping.

Liberal Democrat Councillor for Adamsdown, Nigel Howells, said: “The site of the old bingo hall has become an eyesore. The amount of dumped rubbish and fly tipping on the site increases daily.

The council needs to take the appropriate enforcement action to get the owners of the site to clear up what’s [been] dumped there.

I would also urge them to replace the metal fencing with solid wooden fencing to deter rubbish being dumped there in the future.”

Old Illtydians Rugby Club, next door to the site, was affected by the fire in 2015 as all surrounding roads were fenced off.

Carol St. Clair, manager of Old Illtydians Rugby Club, said: “It’s just a mess at the moment. It’s a tip. The Bingo Hall burnt down, they demolished it and that was it.”

Peter Legg the architect behind the project when asked about Mr Malik and the progress said: “I’ve done my work. I don’t want to say anything that could get me in trouble.”

Mr Malik has not responded to The Cardiffian’s request for comment.