Home > Sport > Football > Can the Archers make it to Europe?

Can the Archers make it to Europe? 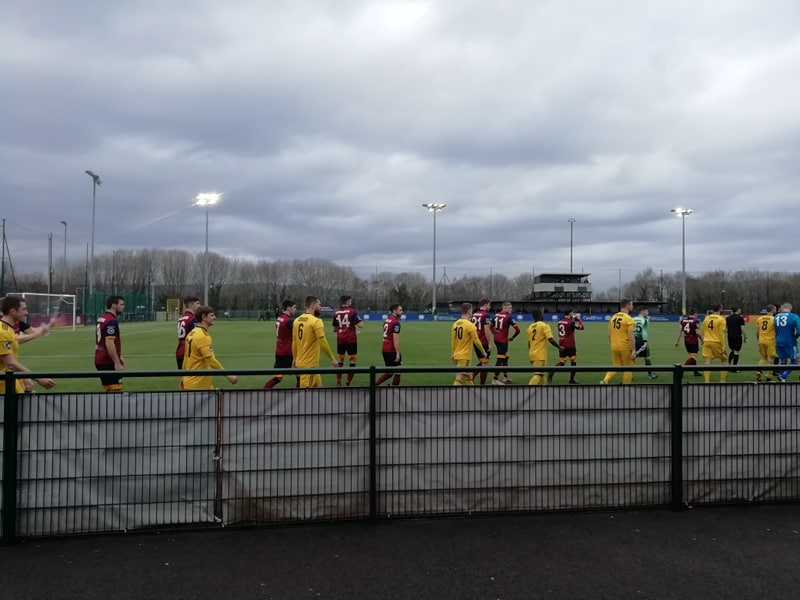 Cardiff Met walk out against Llandudno Town on the weekend.

The game turned into a formality for The Archers as Roscrow confirmed victory late on after some spells of Llandudno pressure.

But Edwards’ men remained disciplined and retained their shape well throughout the game, leading to a comfortable victory in the end.

The win means Edwards’ men have gone 6 unbeaten at home in the league, scoring 18 goals in the proceedings and conceding none.

The home form the Archers are showing means they are serious contenders for the much-coveted European Qualification spot, and with only one defeat in the last 7 – it leaves them 5 points clear at the top of group B.

However, whilst the Cyncoed Campus has become a happy hunting ground – the Archers do need to sort their away form out.

Met have managed only 3 wins away from home all year and with one coming against strugglers Llandudno, it has proved a problem all season – something that Edwards’ men need to rectify.

The Archers face 4 out of the next 5 away from home and with their next match at second-place Aberystwyth Town – the Archers face one their strongest challenges of the season.

A win will probably see them claim that European Qualification spot as they’d begin to make significant ground between them and Aberystwyth Town by going 8 points clear.

Met will be hoping for a repeat of the cup fixture 3 weeks ago which saw them run out 3-1 winners at Aberystwyth.

But Aberystwyth will be hoping to bounce back after another 3-1 defeat away to Cefn Druids.

As Adam Roscrow begins to find the net on a regular basis – scoring 8 goals in 7 matches – the Archers certainly have the firepower to break down Aberystwyth’s back line and will look to take all 3 points at the weekend.

It is a repeated line in football, but this game is a must win as it would cement Met’s position at the top of the table and really would say catch me if you can to the rest of the group B.

Let’s just hope the away from picks up with a win this weekend and that European place doesn’t slip out of the Archers grasp.