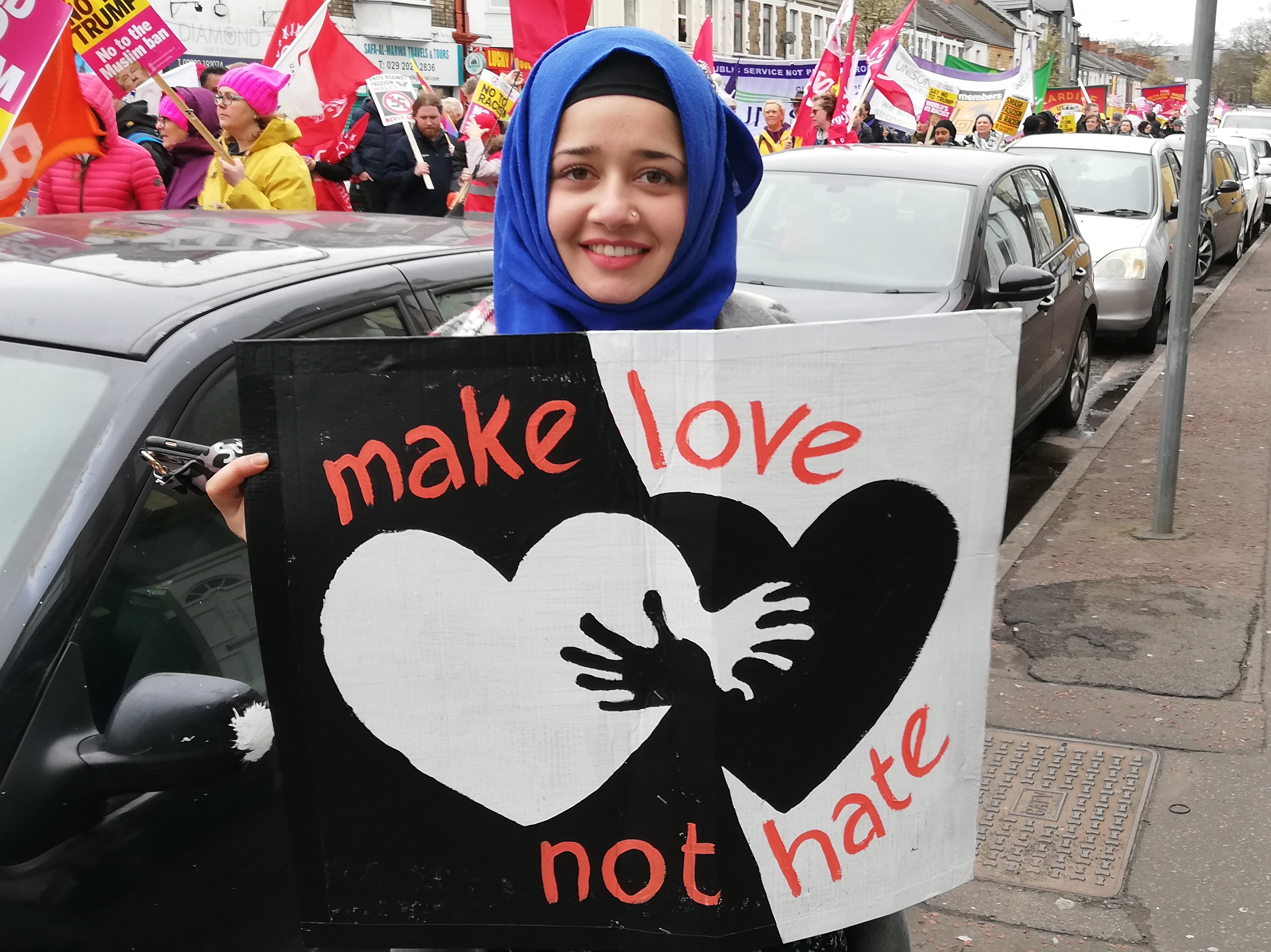 “WHOSE Cardiff? Our Cardiff,” chanted over 1,000 protestors as they participated in Cardiff’s annual anti-racism march.

The crowd of over 1,000 marched through the capital on Saturday despite two weather warnings for strong wind and rain.

The march was just one of many protests across the UK that were organised to mark the UN’s anti-racism day.

Starting from 11am, protesters chanted other slogans like, “Hey Theresa May, refugees are welcome here” as they marched from Cardiff City Hall to Grange Gardens in Grangetown.

They marched around the City Centre because of the estimated 275,000 rugby fans that came to Cardiff to watch Saturday’s Six Nations game with Ireland.

The protest ended shortly after 2pm with a series of speeches by local activists.

The Wales TUC president Shavanah Taj, who is also an anti-racist activist based in Cardiff, was one of the organisers.

She became involved in anti-racist activism when she was 15 after she saw an increase in racism in Cardiff.

“[We have had] racist graffiti spray-painted on the side of our house and Tesco bags with excrement inside posted inside our letter boxes,” she said.

The protest was held a day after the New Zealand terrorist attack in which a white supremacist murdered 50 Muslims while they were praying.

Ms Taj and many others regularly mentioned the attack during the march.

“Yesterday was horrible. Unfortunately, as a Muslim I wasn’t surprised that this happened, and I don’t think that anyone should be surprised,” Ms Taj added.

“What we need to do today is to build a strong movement that is ready and united to take on structural racism, and that is the only way to achieve racial equality.”

Shavanah Taj speaking before the march

Organisers said that they saw an increase in the number of protestors participating in this year’s march as only around 600 people took part in 2018.

Adam Price, the leader of Plaid Cymru, also participated in the protest.

At the end of the march, he spoke to protesters about the racism present in Wales’ criminal justice system, referencing recent figures that showed that Wales has the highest incarceration rate in Western Europe.

Mr Price also spoke about how black people in Wales are four and half times more likely to be in prison than their white counterparts. Tanya Smith, 50, came to the march from Swansea with her two children, aged 10 and eight.

Ms Smith said that one of the reasons she took her children to the march was because she wanted to expose them to anti-racism and anti-fascist activism.

Like many of the protesters, she also spoke about New Zealand.

“It is poignant that this is happening now so soon after New Zealand,” she said.

“Hopefully people will come out and support [this movement] so that the right wing will see that their voice isn’t the loudest, and the rest of society doesn’t agree with what they have to say.”