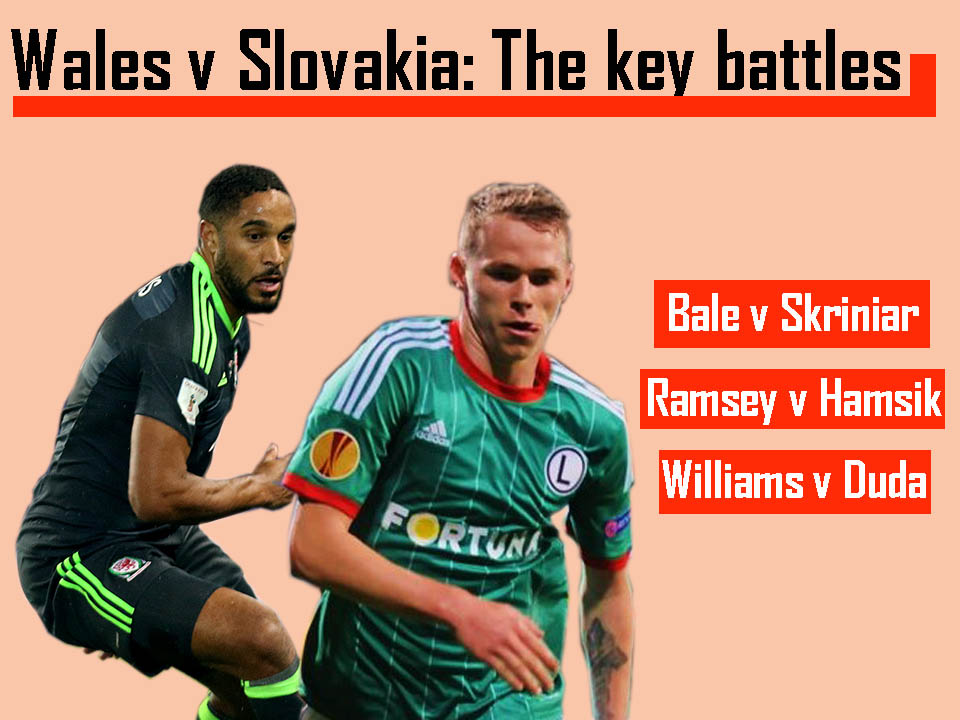 WALES kick off their Euro 2020 qualifying campaign this Sunday as they host Slovakia at the Cardiff City Stadium.

How Wales fare over the coming 12 months will likely determine Ryan Giggs’ legacy as manager of a national team he has been accused of largely neglecting as a player.

Giggs will be hoping his side get off to a flying start this weekend. A win on Sunday will stand the Welsh in good stead as they vye to secure qualification alongside group favourites and World Cup finalists Croatia.

The Cardiffian has identified three key battles across the pitch for Sunday’s game. Wins in key areas should result in a happy Cardiff City Stadium this weekend. Bale has gladly returned to the bosom of his home country after facing a turbulent season on the continent. The four-time Champions League winner has been in and out of a Madrid side that have drastically fallen off the rails since their European success last June. Bale played his first full 90 mins of the season in a 2-0 win over Celta Vigo last week, finding the net. Giggs will hope this will be the start of a scoring run for his star man.

One man hoping to keep Bale quiet on Sunday will be Milan Skriniar. The 24-year-old centre half featured in Slovakia’s 2-0 win over Hungary on Thursday night and has played an integral role in  Inter’s side since his £17m move to the Italian giants in 2017, making 63 appearances for the club. Facing one of the world’s top attackers will be a new challenge for the 6 ft 2 inch defender, in what will be a baptism of fire for the youngster. While Bale is struggling to get the recognition he deserves in the Spanish capital, Aaron Ramsey is finally being acclaimed as a key player for both club and country. Rambo’s big-money move to Juventus this summer served to highlight the Welshman’s importance to his club side, while his role for the national team has never been undervalued – netting 14 goals in his 58 appearances. Wales will need their midfield man to be on top form as he faces off against Slovakia’s star player.

Marek Hamsik is a player that has been on the European scene for a number of years. The midfielder, who plays for Chinese side Dalian Yifang, was recently named Slovakia’s greatest player of the last 25 years, and broke Napoli’s goalscoring and appearance records while in Italy. It’s unlikely that Hamsik is in the same form that saw him fly at Euro 2016, so Ramsey will be hoping to stamp his authority on his creative midfield counterpart. Captain Williams’ form has massively fallen since he led his country to a semi final in Euro 2016. A move to Everton can be seen, in hindsight, as a great failure – leading to a move to England’s second tier with Stoke City. However, the Wolverhampton-born defender remains an important figure in Giggs’ side, who remarked after his side’s UEFA Nations League win over Ireland in December: “He was just magnificent, a real captain’s performance. I said that to the players: ‘They’re the players you’ve got to look up to.’ A lot of good performances but his stood out.”

Williams will have to quell the threat of Hertha BSC forward Ondrej Duda if Wales are to have any joy this Sunday afternoon. While the 24-year-old’s goal scoring record with his national side is not something to write home about, Duda is enjoying a fine break-out season in Germany, with 10 goals in 25 Bundesliga appearances. Duda also found the net in Thursday night’s 2-0 victory over Hungary, and will look to extend his goal scoring run against Wales.