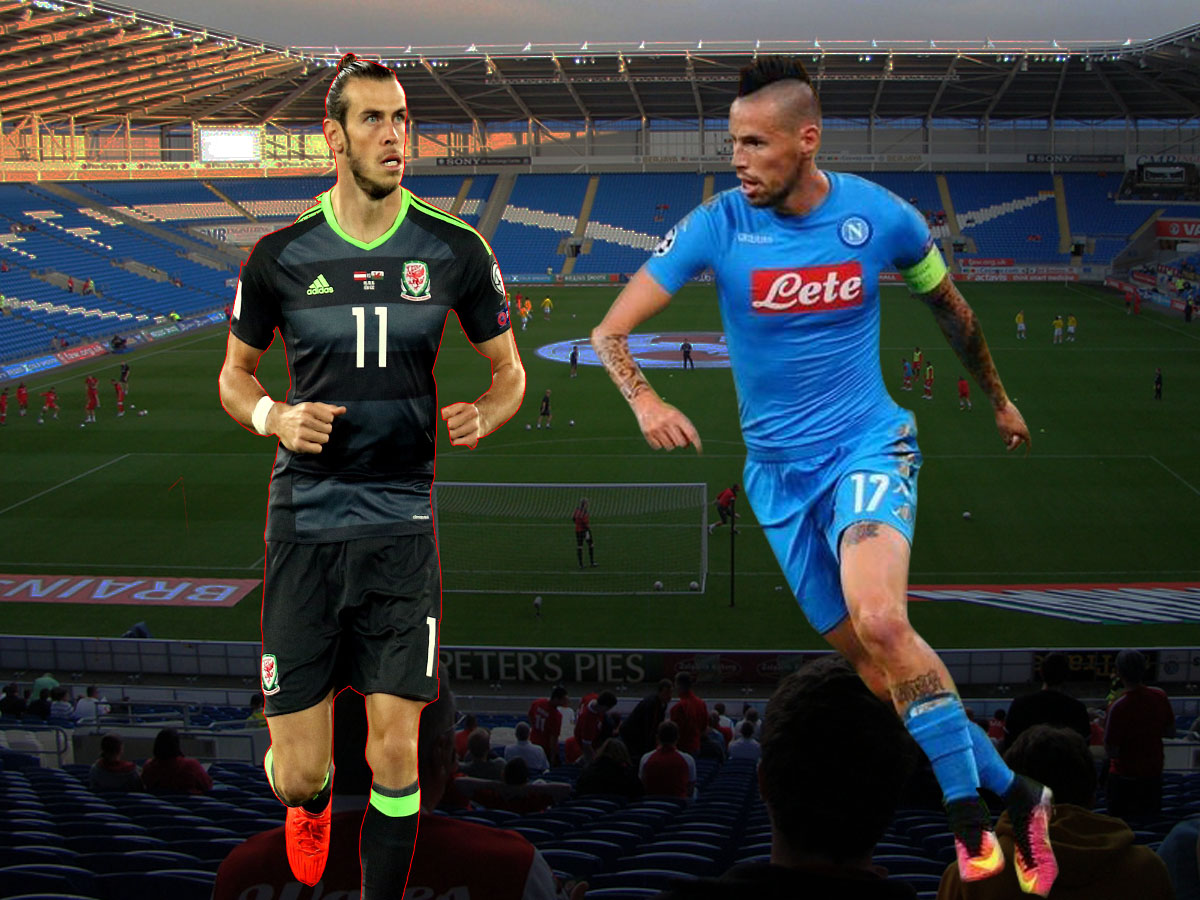 WALES begin their Euro 2020 qualifying campaign with a crunch game against Slovakia on Sunday.

Memories of Wales’ 2-1 triumph against the Slovaks in Euro 2016 won’t be far away as 30,000 fans crowd into the Cardiff City Stadium.

Yet the three years since Hal Robson-Kanu made grown men cry with a late winner has seen Wales struggle to assert themselves. Giggs’ year in charge of Wales has created more questions than answers, but puncturing the uncertainty is a crop of young and talented players who give hope to a nation dreaming their French journey wasn’t a one-off.

A Nations League in which Wales showed flashes of brilliance and immaturity in equal measure told us that their potential was hamstrung by naivety.

On Sunday, Giggs’ men must translate this exciting potential into three points.

Wales laboured in their friendly against Trinidad and Tobago on Wednesday, but Giggs was pleased with a last-gasp winner from Liverpool youngster Ben Woodburn.

“That’s a nice habit to have and that’s what I said to the players,” he said.

“Once you have that trait it doesn’t leave you.”

Conspicuous by their absence, Gareth Bale, Aaron Ramsey, Joe Allen and Ben Davies watched on from the terrace.

Giggs faced a backlash from fans, given this was the first time North Wales had welcomed international football in a decade.

“Our results under Giggs have been mixed, and our first choice 11 haven’t played together since the defeat to Denmark in the autumn,” said Editor of fanzine International Wales, Darren Jones.

“Since then, we’ve had the two mediocre friendlies, which as you would expect, haven’t really set the world a light.”

A win on Sunday will prove Giggs was right to rest his star-men, however. “A win would certainly give us an advantage, but from experience, there can be quite a few twists and turns in a qualifying group,” he said

“If we failed to claim all three points on Sunday, it would put us under increased pressure with two away games to follow in June.

“If things don’t go as we’d like, we could be six points or more off the pace after the first three games. So a win on Sunday would certainly settle the nerves.”

In reality, Slovakia are Wales’ biggest obstacle to securing second spot – the top two teams in the group will go through.

Wales were taught an important lesson when street-wise Denmark turned them over twice in the Nations League. The difference? The Danes, under Åge Hareide, had a clear philosophy and executed it at Wales’ expense.

Mr Jones, from Porth, thinks Giggs’ ideology should start to make itself plain this campaign.

“He’s had 11 games to sort his team, and we have, what is arguably the most exciting squad of players for decades,” he said.

“We have world class players in Bale and Ramsey, experienced players like Ashley Williams and Joe Allen and then a whole host of talented younger players bursting with flair.”

This is a defining time for Giggs, explains Mr Jones.

“To the majority of fans, it would really be a failure if we don’t finish in the top two,” he said.

“Lose on Sunday and I think you’ll start to hear some fans voicing their disapproval.

“The pressure will be on.”

Win and Wales already have the upper-hand. In a group of just five – one of only two groups to not have six teams in European qualification – small margins have significant impact.

Games like these are often settled by a sprinkle of stardust.

Wayne Hennessey is likely to start between the sticks, despite the Crystal Palace man making just four appearances for his club since early December.

With Chelsea’s Ethan Ampadu missing through injury, Giggs will call on Manchester City’s Matt Smith, currently on loan at FC Twente. The 19-year-old has been an ever-present for the Dutch club and his performance away against The Republic of Ireland in the Nations League belied his tender age.

Smith will slot alongside stalwart Joe Allen in at the base of a midfield triangle. Spearheading the triangle will be Juventus-bound Aaron Ramsey.

Giggs’ biggest selection headache is on the wings. Wales’ tradition of producing beguiling wingers lives on.

Leicester City’s George Thomas was lively and promising against Trinidad and Tobago but is unlikely to start.

Giggs will have to choose between Dan James, Harry Wilson and David Brooks. Bournemouth’s Brooks is a player in Giggs’ image; dinking runs and a sweet-left foot, the 21-year-old will likely take up a berth on the right.

It is then anyone’s guess as to who Giggs chooses between James – who has attracted Premier League interest at Swansea – and Wilson, who has chipped in with 10 goals in Derby’s promotion pish.

Gareth Bale, of course, will lead the line and look to shake off his Madrid nightmare.