Exciting new signings for Blues ahead of Scarlets derby 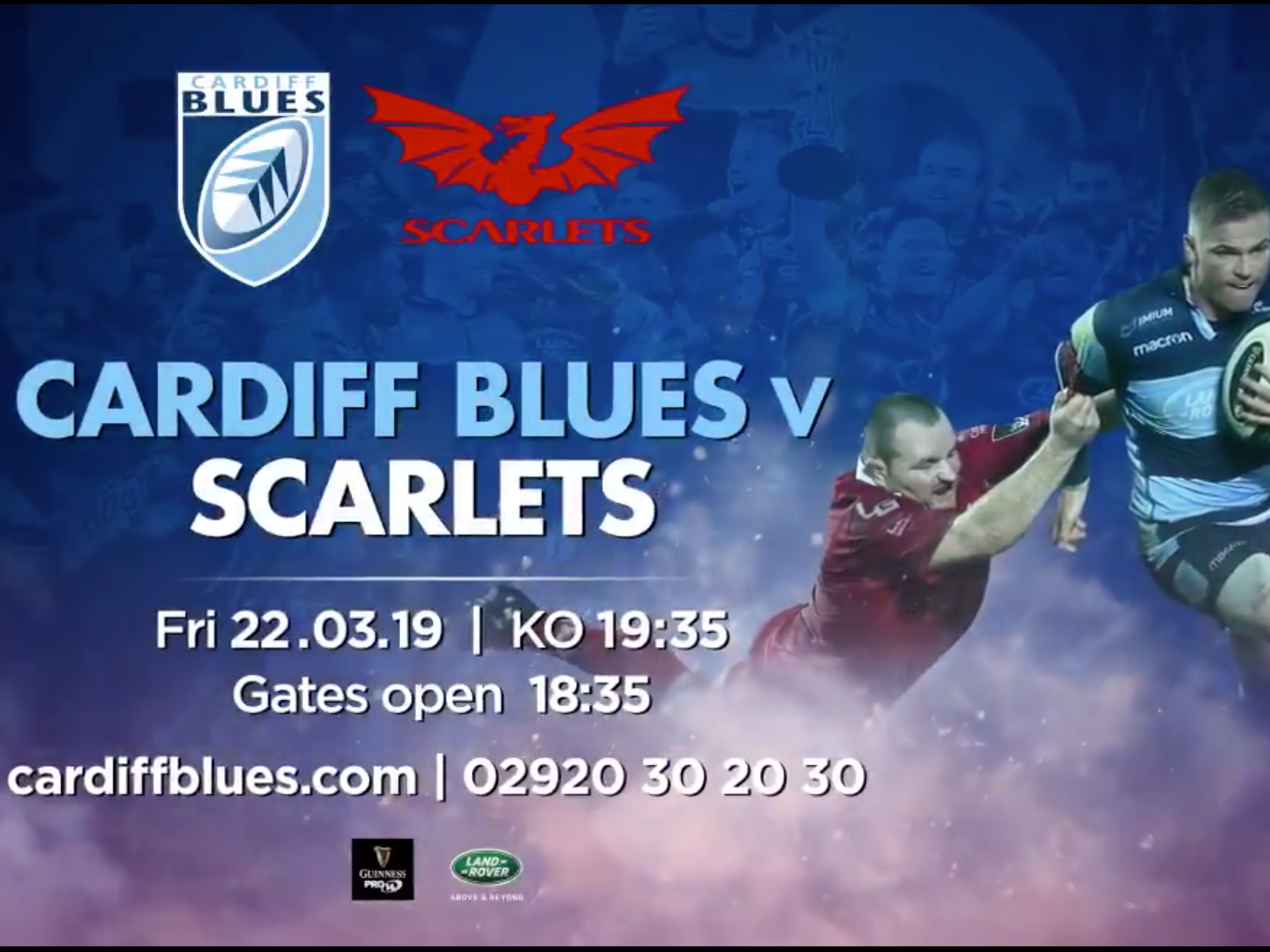 CARDIFF Blues announced their latest signing last night ahead of today’s PRO14 clash against the Scarlets.

Hallam Amos, 24, joins the Blues after eight seasons and over 100 appearances for the Dragons and has been a regular Wales squad member with 19 caps.

In their announcement, Cardiff Blues’ head coach John Mulvihill said: “Hallam is a hugely impressive man and a very talented wing and full-back.

“It gives us real strength and depth and a competitive edge in our back three.”

Amos balances his professional rugby career with his medical degree at Cardiff University.

The sixth-year medical student said: “I am getting to the stage of my career, especially with my degree nearing its end, where I will benefit from a fresh environment.

“I love playing on that Arms Park pitch.”

The strength of Cardiff Blues’ back three with the addition of Amos was celebrated by fans online, and Amos said he thought the competition for places will help him raise his game.

Helen Smith on Facebook said: “Our back three is going to be immense” and Luke Thomas said: “Big signing, lethal back line.”

Amos’ signing came a day after the Blues confirmed that Six Nations star Josh Adams was joining the club.

The 23-year-old scored three tries for Wales during the series and maintains his eligibility for selection to the national squad by moving from Worcester Warriors.

If Adams had stayed at Worcester, he would have been ineligible for the Welsh squad by being based outside Wales with fewer than 60 caps.

“To play for Wales I need to play in Wales and Cardiff Blues is the best for for me.

“I am really looking forward to the next chapter at Cardiff Arms Park,” said Adams in the Blues’ announcement.

Adams made 59 appearances and scored 34 tries for the Warriors and said he would always be grateful to them for the opportunity in becoming a professional player.

In the Blues’ announcement, Mulvihill said: “Josh is a player we can build success around.

“Just from watching the Six Nations, you can see he’s a really busy player, who makes big contributions both in attack and defence, and is a good team man.”

Halaholo represented Tonga at the under-20 level but will qualify for Wales selection next season under residency rules.

The signing announcements came as anticipation builds for the Guiness PRO14 derby clash between Cardiff Blues and Scarlets at Cardiff Arms Park tonight.

Kick-off is at 7.35pm and both teams have Welsh Grand Slam heroes in their matchday squads as they push for a top-three finish in their Conferences in order to qualify for the Heineken Champions Cup.

Head Coach John Mulvihill announced his line up on Monday and has included all the Blues’ Wales internationals, with Josh Navidi and Gareth Anscombe in the starting line-up.

Grand Slam heroes return for a massive @PRO14Official derby against @scarlets_rugby at CAP on Friday!

What better way to celebrate @WelshRugbyUnion's success down in the Welsh capital than a full-bloodied Welsh derby with everything to play for!

There are still some tickets available for tonight’s match, which is expected to be a sell-out event.