Europe’s brightest MMA talent on cusp of move to UFC 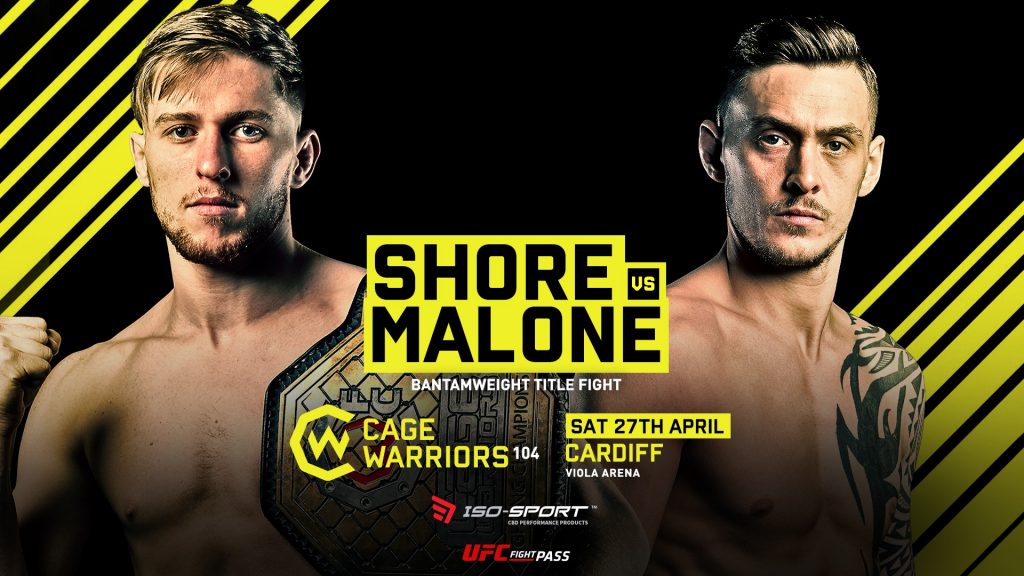 ONE of Europe’s brightest MMA talents is on the cusp of a move to the UFC.

Cage Warriors bantamweight champion Jack Shore is undefeated in his 10 bouts inside the octagon ahead of his title defence against Dundee’s Scott Malone this weekend.

The 24-year-old Welshman, from Abertillery, has proved too strong a force for the bantamweight division, with many predicting Shore will follow the path of Cage Warriors alumni Michael Bisping, Dan Harding and Conor McGregor in moving on to the bright lights of the UFC.

UFC chiefs will no doubt be casting an eye over Shore on Saturday night. The Welshman has been approached by the world’s biggest mixed martial arts organisation twice before – rejecting their advances both times.

It is not yet known whether a deal will be struck between the UFC’s Senior Vice President of talent relations, Sean Shelby, and Cage Warriors President Graham Boylan to secure Shore’s talents.

A win on Saturday night will make a UFC move almost inevitable.

And the Welshman feels he is ready to make the step up.

“It’s definitely getting closer (the move to the UFC). I think if I beat Scott on Saturday in good style it will happen. There’s not much competition left in the division for me at the moment.”

Shore revealed that he would entertain discussions with Shelby.

“I would be happy to have a chat with him and see what he has to say.

“He would have to speak with Graham (Boylan). If they come to an agreement then I would be more than ready to go to that big show. I feel I’m ready mentally and physically.”

Shore, who is known as Tank by his adoring supporters, told The Cardiffian what it would mean to fight in the UFC.

The goals do not end there for Shore. The Welshman, who spars regularly with fellow bantamweight and UFC fighter Brett Johns, says the targets are always moving.

“It would be about increasing the goals. I won’t be happy just competing. I want to take it to the next level and move the targets.

“I think I would be more than capable of holding my own in there and take my game to the next level.”

Shore has enjoyed what he describes as ‘one of the best camps I have had’ in the lead up to Cage Warriors 104 with his Head Coach and father Richard Shore at Tillery Combat Gym.

“The fight was agreed in the new year so we have had 16 weeks to work,” Shore said. “Four weeks have been working on technique and the other 12 have been dedicated to the fight camp.

“Camp’s been good. It has been one of the best camps I have had. It’s been good to have a good period of time to get fight ready.”