Home > Where You Live > Adamsdown > Hand in your knives to combat crime, urge police

Hand in your knives to combat crime, urge police 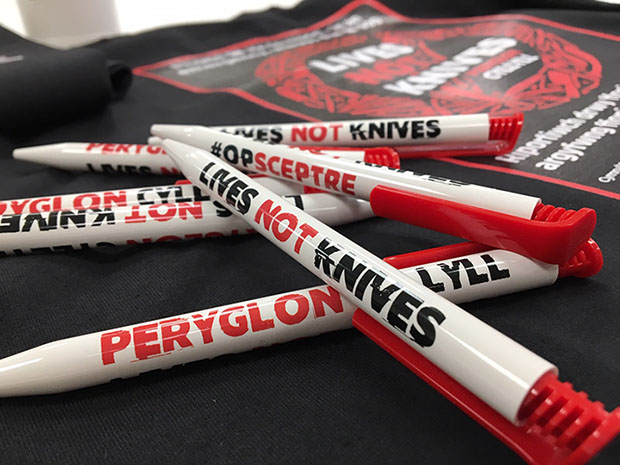 POLICE are inviting people to hand in knives to be destroyed as part of an operation against knife crime in Cardiff.

Knife amnesties, in which people can hand in weapons, are being organised as part of Operation Cosmos, South Wales Police’s effort to tackle knife crime in Cardiff.

These are held every Monday in November around the city, with four more planned across Roath, Cathays, Tremorfa and the city centre. They are part of a month-long programme of actions to combat knife crime.

A South Wales Police spokesperson said the force is waiting for the end of the campaign to release figures.  They are destroying all knives collected.

South Wales Police’s Cardiff division called the first knife amnesty, held at Lamby Way recycling centre, a “success” on Twitter, but did not say how many knives were collected.

“Operation Cosmos is a localised part of Operation Sceptre, the national operation to tackle knife crime across the UK,” the spokesperson said.

South Wales Police collected over 100 knives in a knife amnesty in March this year, also as part of Operation Sceptre.

Knife crime has been rising in Cardiff for several years, with 735 offences between September 2017 and September 2018.

Earlier this week, two brothers were sentenced for stabbing a man and attacking worshippers at a mosque during Ramadan earlier this year.