Home > Where You Live > Barry > Can Barry Docks be turned into a Marina?

Can Barry Docks be turned into a Marina? 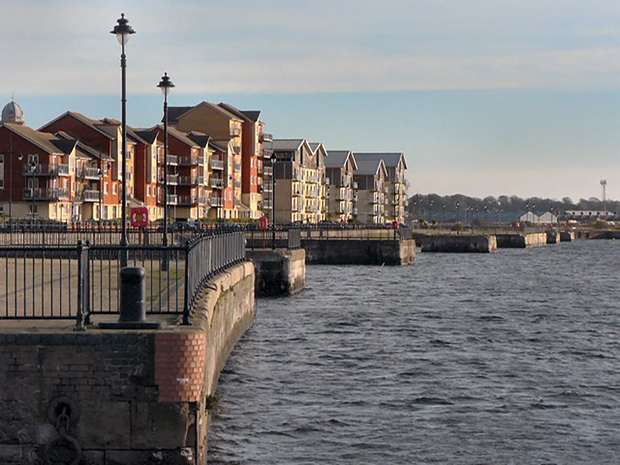 AN investigation has been launched to examine whether Barry Docks can be turned into a marina.

The investigation has been commissioned by the Vale of Glamorgan Council and Associated British Ports (ABP) and will assess the technical and commercial viability of smaller boats and yachts accessing the docks.

It will also consider the economic benefits for the area and potential challenges.

ABP, which owns and operates Barry Docks, allows Cargo ships in and out and businesses, such as Barry Community Water Activity Centre, use the space.

However, the time it has taken for these plans to be implemented has frustrated many residents.

On a post in the Facebook group ‘Beautiful Barry’, many people complained that it will cost the council a lot of money and they do not believe the project will ever start, as this is not the first time a marina has been proposed.

Cadoxton resident, John Elliot, 41, said: “It was proposed years ago, but we ended up just having housing estates built instead.

“I’m under the impression that housing is the plan all along. If a marina was built years ago, as planned, I think Barry would have a great tourist trade. But now, I think it’s too little too late.”

However, the plans for a marina are still an aspiration for the Barry Regeneration Scheme, which has existed since the 1990’s.

Former Member of the Barry Regeneration Board, Paul Haley, said: “I am absolutely delighted to hear of the plans, and I am excited at the prospect.

“With the former Docks being one of the largest urban regeneration schemes in the UK, it will create jobs, enhance the image and reputation, bring in secondary businesses, visitors and tourism spending.”

The proposal has also created excitement and high expectations among some residents.

Barry Island local, Kim Copestake, 45, said: “I think that turning Barry Island into a marina could be a good plan as long as the current residents and shop owners are affected in a good way.

“It has the possibility to create more jobs, for local people. I believe that Barry Island and the surrounding towns need more job opportunities.”

Chris Odling-Smee, director of The Marine Group which is carrying out the investigation, highlighted the benefits of having a full-service marina.

He said: “Barry has the potential to become a strong contributor to the economic development of coastal Wales and a welcome addition to the network of marinas around Wales and beyond.”

The Marine Group has worked on several marina projects before, including Aberystwyth Marina which last year had 550 visiting boats, six major events, open days and a festival.

Mr Odling-Smee told The Cardiffian that the Marine Group would be interested in investing in the project after they have completed the study, but they have not yet been invited to do so.

The findings of the study will be released to the Vale of Glamorgan Council at the end of the March 2020 and it will be up to the council on whether to move forward with the project.