Roath remembers its fallen – with a virtual war memorial 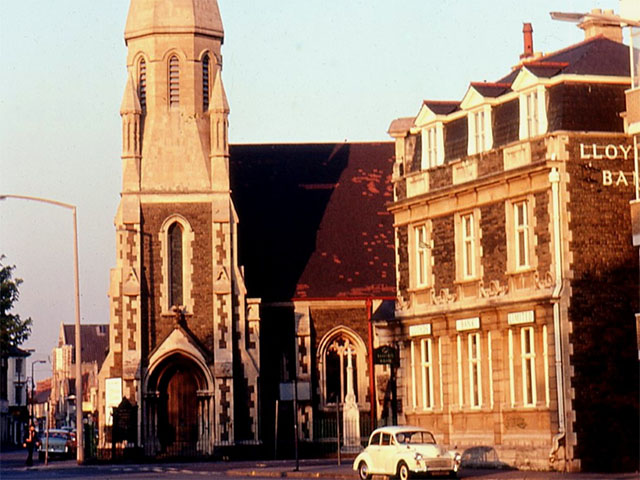 WITH no physical war monument, people connected to Roath who died during war are being remembered in a virtual memorial.

The website, set up by Ted Richards, chairman of Roath Local History Society, was set up in December but already includes 95 entries – but there are probably 10 times more.

It includes both civilians who died in the area and soldiers from the area who fell.

“There are about 100 entries already – probably about 10 per cent are there,” said Mr Richards.

“I’ve only been defeated on two.”

One of those two was boilerman William Arthur, 64, who died in a bombing raid in WWII at 7 Cathays Terrace.

The other is William Allan, whose name is on a memorial plaque in Howardian Primary School.

It started after he realised two Roath memorials were missing: one from the Mackintosh Centre, and one which stood outside Roath Road Methodist Church, on the junction between Roath Rd and City Rd.

Mr Richards said: “That church got bombed in the war. It didn’t get pulled down until the 1950s,

“There was a war memorial outside it. I wondered what happened to that. One story that emerged is that it did get moved. Someone put the war memorial on a trolley and brought it to Trinity Church.

“I understand it has been discarded.”

Ellen Manning, 37, who lives in Rugby, helped Mr Richards fill in the entry for her great-uncle William Ashmore.

“We found out which cemetery he’s buried in, so we managed to go there,” she said.

“I think it’s nice, when one relative has done something important and been involved in something like that, for them to be remembered and for there to be some kind of record.

“It’s nice to have him there with everybody else, to have somewhere to go to for the family – to  have him recorded.”

“There was another one in the hospital – Thomas Allday,” Mr Richards said.

“He was in the St. Germans war memorial. The only Thomas Allday I could find was somebody from Dundee and he died in France, on the western front.

“So I had to put these three things together.

“He was baptised, but as an adult, in the hospital. He came to Cardiff ill he was probably on his last legs, or he thought he was. He asked to be baptised. He did recover and died on the western front.

“He is remembered on a war memorial in Dundee, so I have been in touch with them.”

Mr Richards said he had to stop sometimes: ” I do have to stop as they get so traumatic and say: that is incredibly sad.

“Then you think about the family as well, and the ones who died in the last week of the war.”

The memorial includes people from the old parish of Roath, extending from Splott to parts of Cyncoed.

“It’s a very diverse area. From the working class in Splott all the way to bordering on Cyncoed, Penylan, Cardiff’s middle classes – we come across all sorts of people,” said Mr Richards.

The Roath Virtual War Memorial is available at https://roathlocalhistorysociety.org/local-history/war-memorials/roath-virtual-war-memorial/.