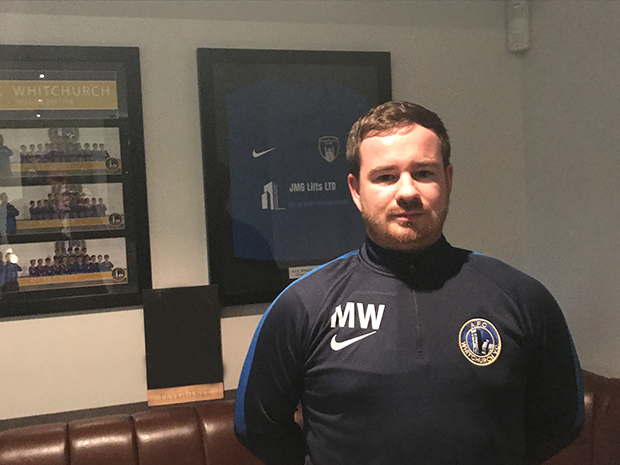 AFTER months of rained-off games on park pitches, AFC Whitchurch’s players and supporters are campaigning to get an all-weather pitch.

A petition on change.org asking Cardiff Council and the Welsh Government to back the club currently has 1,100 signatures.

Waterlogged council pitches have meant the club’s second team has only played eight times since the start of the season, the junior sides have missed 13 games, and the first team keeps losing out on training sessions.

Matthew Webster, manager of the club’s first team, said it’s not healthy for players to miss so many training sessions and games.

“When games are called off last-minute, it kills the team completely,” he said.

“Our seconds were close to folding a few months ago because of it.

“And it’s the kids too, there are some who are probably good enough to play at a higher standard but are not getting scouted because games keep getting called off.

“I’m not necessarily saying we have the next Gareth Bale, but there’s a possibility we have these superstars who are not getting found.”

Cardiff Council and the Cardiff Football District League decide if park pitches are usable by visiting several of the parks across the city.

Mr Webster said the club’s reliance on council-owned pitches means there have been frequent last-minute cancellations and midweek games for the club’s roughly 400 players.

“A few of us work in Bristol, and you can imagine how hard it is to get back through rush-hour traffic straight into a 90-minute game,” he said.

“Maybe if the council took care of their pitches better it would be a different story.

“It doesn’t help it rains nigh-on every day in this country.

“A 3G pitch would be beneficial for every single kid in the club, and for us as seniors too. Not only for AFC Whitchurch – the areas around us who could hire and use it.”

Marc Palmer, an AFC Whitchurch committee member, said he started the petition to get Cardiff Council and the Welsh Government to support them.

Mr Palmer said he hopes the club can get backing to win grants for the new pitch, and to renew the lease on their grounds at Whitchurch Hospital.

“We’ve had one of the wettest winters in a while, possibly due to climate change, and that’s made the situation worse,” he said.

“We’ve got more wet months and then the season’s over, so we have fears as a result that we’ll miss out on even more games.”

A 3G pitch would cost around £300,000 according to Mr Palmer, and the hope is both AFC Whitchurch and others in the local area would be able to use it.

Mr Palmer added he hopes funding can come from the lottery or Sports Wales if the council or government back the petition.

Councillor Peter Bradbury, cabinet member for Culture and Leisure, said the council will consider the petition when it’s presented to them.

“I share the frustration felt by AFC Whitchurch, the weather has been shocking this year, leading to many matches being called off,” he said.

“Unfortunately, very few fixtures have been played across Wales for many weeks due to high levels of rainfall and this is the same in Cardiff, where the ground is at saturation point, extremely soft and unable to take the weight of grass mowers and line-marking machinery.

He added that playing on the pitches could damage them beyond repair.

“We do have a number of 3G pitches available on both Saturday and Sundays and there are plans to introduce more of these facilities over the coming years.”