Wales U20 prepare for tough Six Nations test against Ireland 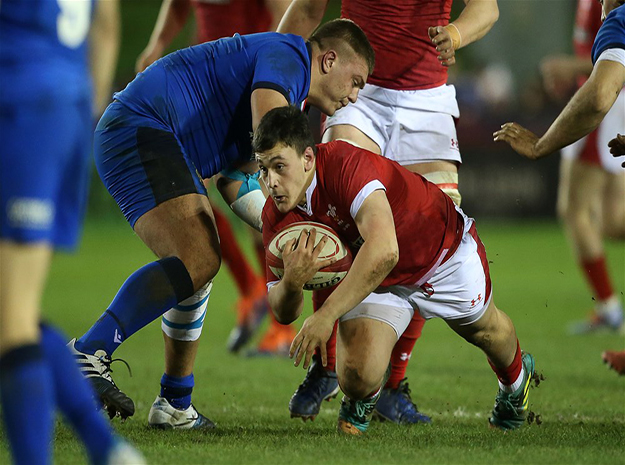 WALES have made three changes to the squad that suffered a shock loss to Italy in their Six Nations opener in Colwyn Bay.

Highly rated Bristol fly-half Ioan Lloyd makes his debut at full-back for the men in red.

Lloyd was unable to get a chance in his favoured position of fly-half, as the form of Scarlets-bound number 10 Sam Costelow was one of the few bright spots for Wales in their loss.

Hooker Will Griffiths will get his first start for the U20s despite already winning 12 caps for the side from the bench.

The only other addition to the starters is Cardiff Blues’ loosehead prop Theo Bevacqua.

Despite scoring a converted try early on through Costelow, Wales soon found themselves being outplayed by a disciplined Italian side.

They will be striving to put on an improved performance and cut out the unforced errors which allowed Italy to control the game.

The team faces a daunting task in defeating Ireland, who are the defending champions of the Six Nations.

Ireland are currently at the top of the table on points difference after the first round of fixtures, dispatching Scotland 38-26.

The game will kick off on Friday at 7.15pm. It is possible to watch it on BBC Two Wales.