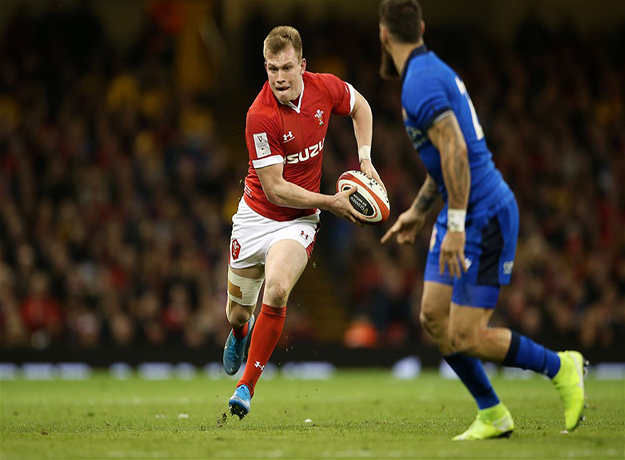 AFTER a clinical bonus point win over Italy in Cardiff, Wales travel to Dublin to take on Andy Farrell’s Ireland.

Wayne Pivac has retained most of the team that eased past a poor Italian side.

Wales recorded a bonus point victory over the Azzurri and managed to leave them scoreless in a 42-0 victory.

Nick Tompkins has played his way into Pivac’s starting XV, forcing George North back out onto the wing.

Tompkins made several key contributions from the bench last week, capping off a superb performance with a well-taken solo try.

George North retains his place in the side despite claims that he is still some way off from his best form. However, he played well against Italy and will hope to continue to justify his selection.

Johnny McNicholl drops to the bench with question marks over his defence. The winger missed five tackles against Italy, though he did very little else wrong on his debut test.

This is the only change to Wales’ starting XV, though there have been wide alterations to the bench. Most notable is the return of Gareth Davies in place of Rhys Webb.

Ireland were lucky on their last showing as Scotland captain Stuart Hogg dropped the ball over the line, which helped give the men in green a victory in Dublin.

Head coach Farrell has made two enforced changes to the Ireland XV after Garry Ringrose and Caelan Doris were ruled out through injury.

Robbie Henshaw starts at outside centre while Peter O’Mahony begins at blindside flanker, with CJ Stander moving over to number 8.

Conditions are expected to be difficult as Storm Ciara is predicted to hit Ireland over the weekend.

Ireland will be hoping to claim revenge after being comprehensively beaten in last year’s fixture which secured Wales’ fourth Six Nations grand slam.

Wales will have to be at their best to hold off a strong and experienced Irish side and continue their pursuit of a fifth grand slam.

Pivac said: “It will be a massive step up in what we’ve had so far.

“They are very strong, and we’ve got to bring a physical edge to the game.

“We will be playing with a positive attitude whether that’s moving the ball through the hands or kicking the ball and trying to find space that way.”

Ireland vs Wales, Six Nations championship, Wales Rugby Union
You may also like