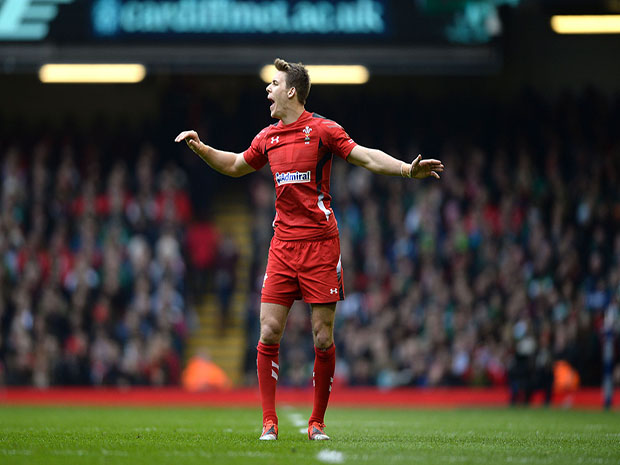 Tomorrow’s game is off, but here’s a chance to relive a game decided by a moment’s madness

WAYNE Pivac will be hoping that his Wales side follow in the footsteps of the 2014 team when they face Scotland later in the year.

The game will be remembered for the first-half dismissal of current Scotland captain and full-back Stuart Hogg for a dangerous late shoulder-charge on Dan Biggar.

The victory is Wales’ biggest ever winning margin against Scotland.

Now in a position of responsibility for his country, Hogg will want to avoid costing his country again after errors in this year’s tournament consigned Scotland to defeat against Ireland and England.

Similarly to this year, Wales went into the match after a loss against England needing a win to salvage some pride.

Scotland took the lead through a Greig Laidlaw penalty on the fourth minute, but those would be the only points they would score that afternoon.

A penalty from Dan Biggar and a try from Liam Williams put Wales ahead by 10 points to three.

Then came Hogg’s act of thuggery which saw the end of Scottish competitiveness.

As fly-half Dan Biggar kicked the ball in the 23rd minute, Hogg ran in and dived at Biggar’s head shoulder first.

Initially referee Jerome Garces gave the full-back a yellow card but changed this to red after consulting the video evidence.

The advantage Wales had was not immediately felt, with the next try coming 11 minutes after Hogg’s sending off.

The try was the first of two that George North would score that day.

Jamie Roberts scored almost immediately afterwards down the same left wing after a devastating break and offload from centre partner Jonathan Davies to leave the score 27 – 3 to Wales at half-time.

After half-time, the floodgates opened with Wales exploiting the one-man overlap to their full potential.

North got his second try on the 41st minute after yet another break down the left wing from Liam Williams.

Roberts crossed the try line again after a flowing team move started by captain Sam Warburton in Wales’ own half.

Faletau soon crossed for a deserved try in the 53rd minute, after which the Scots tightened up their defence.

However, it was too little too late, with replacement scrum half Rhodri Williams scoring in the 75th minute to complete the rout.

The result secured a third-place finish for Wales – a disappointment considering they had won the previous two tournaments.