Nothing we can’t fix: Wales Women’s captain on defeat 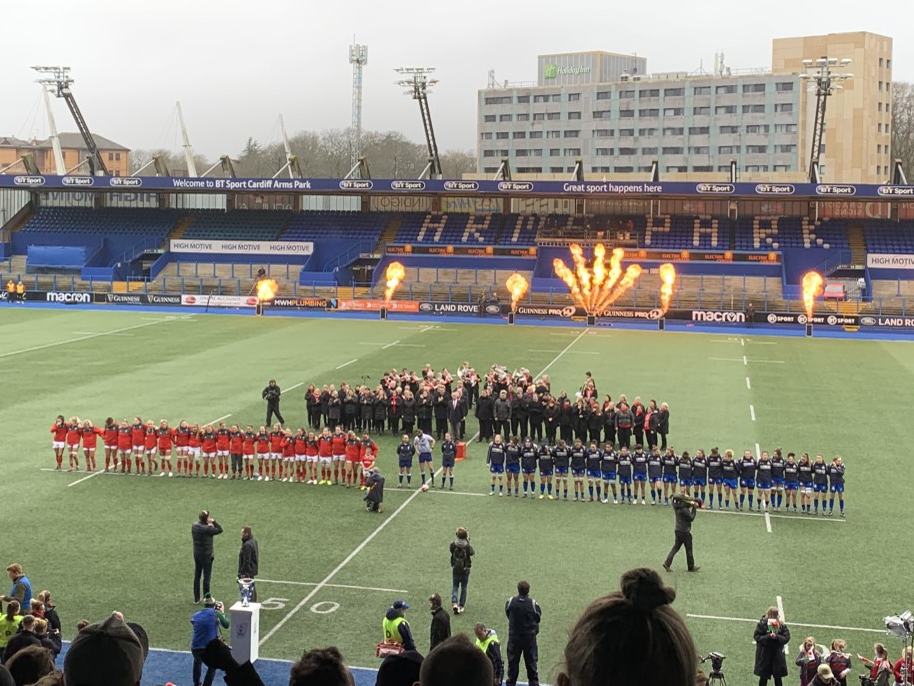 Narrowly beaten 15-19 by impressive Italians, side must regroup before Ireland match

WALES Women had a disappointing start to their 2020 Six Nations campaign, defeated 15-19 by a confident Italy side at Cardiff Arms Park.

But skipper Siwan Lillicrap is confident that Wales will be able to bounce back before their next match against Ireland.

“The most pleasing thing was seeing everyone putting their bodies on the line – we’re all really proud of the team’s efforts,” she said.

The visitors enjoyed most of the possession throughout the match, and did well to weather a late Welsh fightback with a strong defensive showing.

After having two tries ruled out within the first half hour, the Italians opened the scoring through hooker Melissa Bettoni, before Wales hit back two minutes from the break as centre Hannah Jones powered over the line.

In a cagey second half, Italy scored twice in quick succession through Maria Magatti and Sofia Stefan, before Kelsey Jones touched down for the hosts to set up a late comeback opportunity.

Ultimately it was not enough, however, as a disciplined Italian defensive display ensured that Wales fell short of both the opposition line and their first points of the tournament.

However, captain Siwan Lillicrap said that despite the disappointment of the loss, there was “nothing her side couldn’t fix”.

It had all started so brightly for Chris Horsman’s side, who showed early signs of intent as centre Kerin Lake surged from her own half into the Italian 22 within the first two minutes.

A Robyn Wilkins penalty got Wales on the board, but Italy soon piled on pressure of their own, slowly but surely easing their way deep into host territory.

Strong defensive work from Gwenllian Pyrs and Kayleigh Powell helped to keep the Azzurri at bay, but Italian pressure looked to have paid off as Bettoni bundled over the whitewash.

However, a TMO review found fly-half Beatrice Rigoni guilty of obstruction, and Wales remained in the lead.

Bettoni would not be denied again, however, as she crossed again just minutes later, though Michaela Sillari failed to add the conversion.

Wales needed a boost as the impressive Powell was taken off with a head injury, and they got it two minutes before the break as Hannah Jones propelled her side back into the lead.

Shrugging off two Italian tackles, the Gloucester centre powered her way over the line for Robyn Wilkins to convert and send Wales into the interval five points ahead.

After the break, there was almost a nightmare moment for scrum-half Keira Bevan as her box kick was charged down, only for Wilkins to beat the chasing Italians to ball to touch it down.

The TMO was busy all afternoon, and was on hand to deny the Italians yet another try minutes later, as the review showed the ball being knocked forward before it could be grounded.

Italian pressure was incessant now, however, and it was perhaps inevitable that they edged back into the lead through Maria Magatti.

Scrum-half Sara Barattin had made a searing break after spotting a gap in the Welsh defence, only for Jasmine Joyce to make an incredible tackle to stop her short of the line.

However, the advancing Magatti was on hand to scoop up the loose ball and dive over the line, with Sillari adding another two points for the Italians.

The Azzurri extended their lead five minutes later, as winger Sofia Stefan touched down with ease after receiving the ball off the back of a scrum.

In a physical final 15 minutes, Wales managed to reduce the deficit to five, as hooker Kelsey Jones crossed the whitewash before Wilkins nudged her conversion attempt just wide of the post.

The crowd of nearly 2,000 packed into the South Stand urged Wales forward as the clock ticked on, but the Italian defence held firm until the final whistle to claim their first win of the campaign.

Despite losing, after the game, captain Siwan Lillicrap spoke of her pride at her young team’s efforts against last year’s runners-up.

“We spent the majority of the game defending – we need to look after the ball better, but I just can’t fault our work rate and the desire of the girls out there in defence today” she said.

“The most pleasing thing was seeing everyone putting their bodies on the line – we’re all really proud of the team’s efforts.

Lillicrap is also confident that Wales will be able to bounce back from today’s disappointing loss.

“Looking at that performance, there’s nothing there that we can’t fix,” she said.

“The girls are all upset right now, and I think that just shows how much it means to us and how hard we’re working.

“But we’ll regroup and take those lessons on board – what I’ve said to the girls is that we’ll learn more from this than anything else.”

“It’s disappointing to have lost, but I thought we started the game really well, with lots of attacking intent,” he said.

“I’ve got to give credit to our girls – their defensive efforts right throughout the game were fantastic, which moving forward, is a huge positive for us.

“We’ve got to learn our lessons and take them into the Ireland game next week, which is going to be equally as tough.”