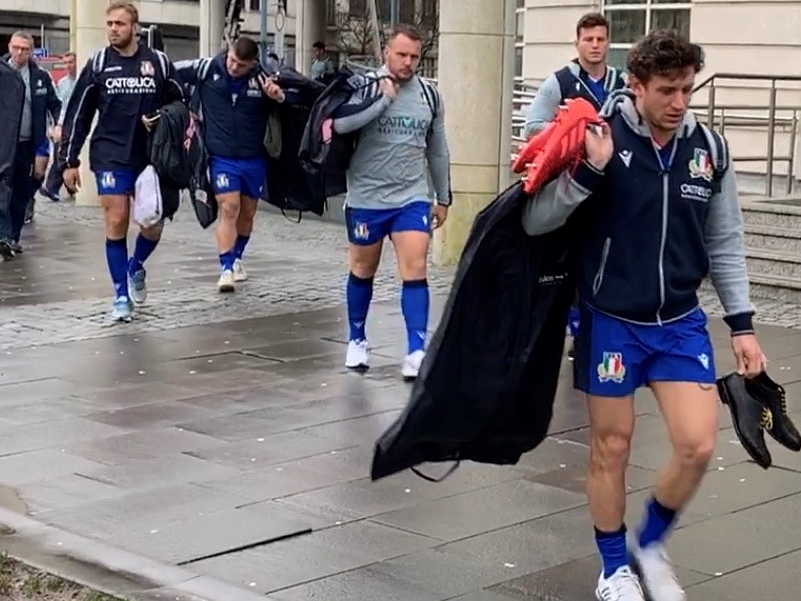 THEY may be more used to the urbane surroundings of Rome’s Stadio Olimpico, but the Italian national rugby team have been enjoying the delights of South Wales ahead of their Six Nations opener tomorrow.

The Azzurri trained at the University of South Wales’ Sport Park in Pontypridd on Thursday, and were spotted boarding a coach outside the Hilton hotel in Cardiff city centre this afternoon.

Leading the team onto the bus was 27-year-old Carlo Canna, who has been selected at inside centre for tomorrow’s game by temporary head coach Franco Smith, despite normally playing at fly-half for club side Zebre.

Close behind was 21-year old Niccoló Cannone, who will make his debut for Italy tomorrow alongside veteran Alessandro Zanni in the second row

Also among the pack was Cannone’s 33-year-old Benneton teammate Alberto Sgarbi, who was recalled to the national squad six years after his last cap.

At the Principality Stadium, the Italians will be looking to overturn a 13-match losing streak against Wales, having not beaten them since their 23-20 victory in Rome in 2007.