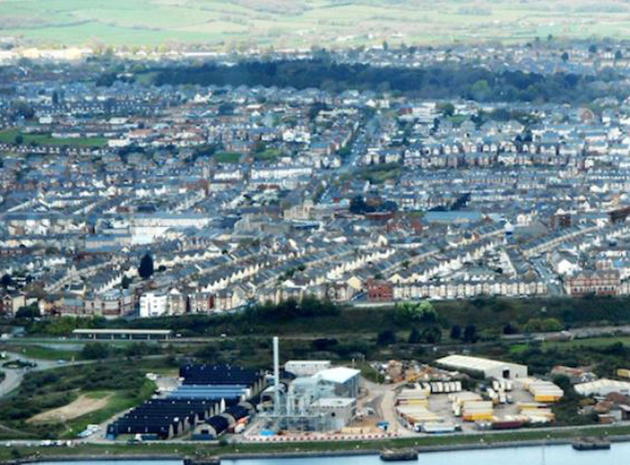 THE Vale of Glamorgan Council made “mistakes” regarding the Barry Incinerator, says Conservative Councillor Vincent Bailey.

An independent review into the reasons why the Barry Biomass planning application was approved in 2015 will now take place, after a council meeting on Wednesday evening.

The Vale of Glamorgan Council will also urge the Welsh Government to issue a discontinuance order, which has the power to stop work at the incinerator.

Coun Bailey, who represents Dyfan, said: “It clearly appears that mistakes have been made by this council in the planning determination dating back to 2015.”

The plant, located on the Barry Docks, will burn 260 tonnes of waste wood a day, at high temperatures, to generate electricity.

OFGEM, the industry regulator, recently changed the status of the plant to ‘active’ as the testing period continues.

There was cross party support for the motion, with only Llantwit First Independents councillor Edward Williams rejecting it.

The 2015 planning application was passed by Vale of Glamorgan councillors without an Environmental Impact Assessment (EIA).

An EIA assesses the likely impact a development will have on the environment, considering socio-economic, cultural and human health effects.

Coun Bailey said that during the initial application, officers advised councillors that there was not likely to be a “significant” environmental impact from the plant.

“I think you can find more than a few people – experts and campaigners – who would argue that that is clearly not the case,” he said.

“Now this is a matter of huge concern.”

Councillor Ian J. Johnson, of the Buttrills ward, said that he could not understand why the councillors passed the application in 2015.

“I think what is important is that the members of the public feel there has been transparency as to what has happened,” he said.

“An independent investigation will make it more clear and people have a right to know, and understand, what has happened.”

Councillor George Carroll, representative of Llandough, said, “It is quite clear that the way this incinerator has been handled from the very start has been a complete shambles.”

Councillor Eddie Williams was the only member of the council to vote against the motion.

Coun Williams represents Llantwit Major and is the cabinet member for legal, regulatory and planning services .

The councillor said he could not agree with an independent review into the planning applications.

“If we agree with this motion now, we are agreeing to carry out an independent review but who is going to do it? What expertise? And who is going to pay for it?” he asked the chamber.

“I understand the concerns of an incinerator on your doorstep, but we’ve got to accept there are a lot of companies and industries that satisfy regulation or else they wouldn’t be there, and that is what we should rely on.”

Coun Williams also added that information regarding the environmental impact had been provided, it just hadn’t been given as an assessment.

Baruc ward Councillor Steffan Wiliam, said, “If we vote against this the signal being sent to the public is that this council is led by weasel words, revisionism, and an intent to take no action whatsoever to protect the people.

“Our men, women and children matter, these are the people that matter the most so please support this motion and every point in it.”

Barry Town Councillor Dennis Clarke, 70, was in the public gallery.

“I am pleased the motion was passed because the lengthy discussion shows the way in which the development has been managed to suit themselves than rather do the right thing,” he said.