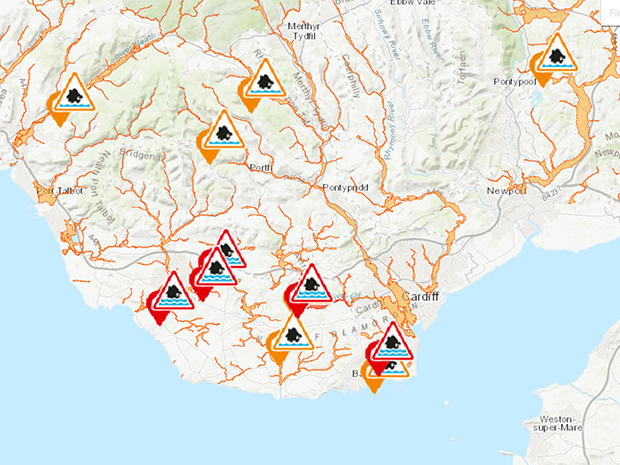 AN alert meaning flooding is possible on the River Taff has been issued by Natural Resources Wales as Storm Jorge approaches.

NRW said the yellow rain warning, issued by the Met Office, could lead to major problems and dangerous conditions, especially in South Wales.

Jeremy Parr, head of flood incident risk management for NRW, said: “Coming so soon after Storm Dennis, we are particularly concerned that the forecast is for significant levels of rain in South Wales.

“This could have impacts again in the eastern valleys of South Wales and everyone should take the warnings extremely seriously.”

The worst of the rainfall for Wales is set to be in the south. This heavy rainfall combined with already high river levels, following Storm Dennis, and saturated ground has prompted the flood warnings.

“Natural Resources Wales will be working around the clock to help communities be prepared – monitoring river levels, issuing warnings, checking and erecting defences, and making sure drainage grids and screens are clear,” said an NRW spokesperson.

People are advised to take great care if they need to travel.

“If you are out, take extreme caution and never drive or walk through flood waters,” said Mr Parr.