Newport County AFC have today announced the signing of Irish goalkeeper Ian McLoughlin from MK Dons on an emergency loan until April 9.

Dublin-born McLoughlin, 22, goes straight into the squad for tonight’s match away to Morecambe.

The shot-stopper has represented the Republic of Ireland at under-21 level but has only made 18 appearances for the Dons since signing in 2011.

The signing had to be completed quickly as Elliott Parish returned to Bristol City after his emergency loan expired on Sunday. 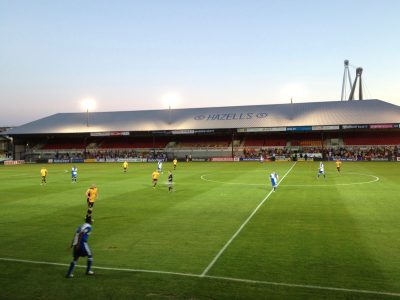