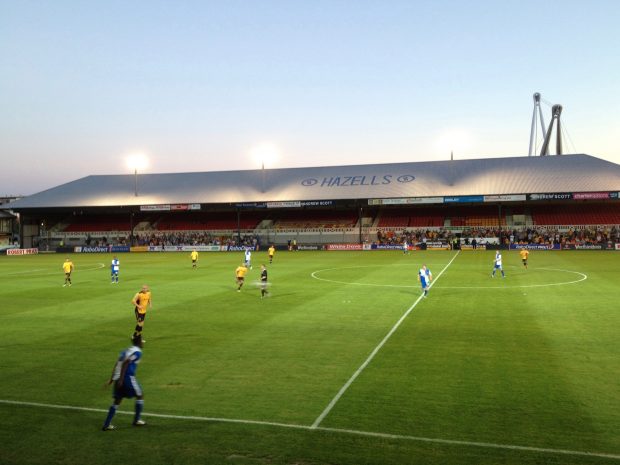 NEWPORT County are looking to cause an upset when they welcome Tottenham Hotspur to Rodney Parade in this weekend’s FA Cup fourth round tie, their first meeting since 1960.

League Two Newport have met Spurs only four times in their history, twice in the FA Cup and twice in League Division Two over 70 years ago.

Tottenham won each meeting by at least two goals.

Newport fans queued for up to five hours on Saturday to pick up the first batch of tickets, which was only open to fans who had kept their tickets from Friday’s fixture against Crawley Town.

Newport saw off Leeds United 2-1 in the third round and will see Saturday as their opportunity to achieve the biggest upset of this year’s FA Cup.

Newport are comfortably ninth in League Two and haven’t lost so far this year. They welcome Morecambe to the Rodney Parade this evening, giving them two days less to prepare than their Premier League adversaries.

Spurs are targeting cup silverware following an unsatisfying draw against relegation-contenders Southampton at St Marys at the weekend.

Neither side look to be going into the fixture with significant injuries, although Tottenham’s Christian Eriksen was not available for the Southampton match due to flu.

It is expected that Tottenham will play a weakened side.

The 1960 cup tie is remembered in South Wales as the match that almost didn’t happen. County’s pitch was waterlogged and was only remedied by spreading wheelbarrows of sand over the surface.

Tottenham would end winning 4-0 but were then knocked out in the fifth round by Blackburn Rovers 3-1.

The fourth round is the furthest Newport County have been in the FA Cup since 1978/79.