Cardiff gets ready for its busiest day of the year 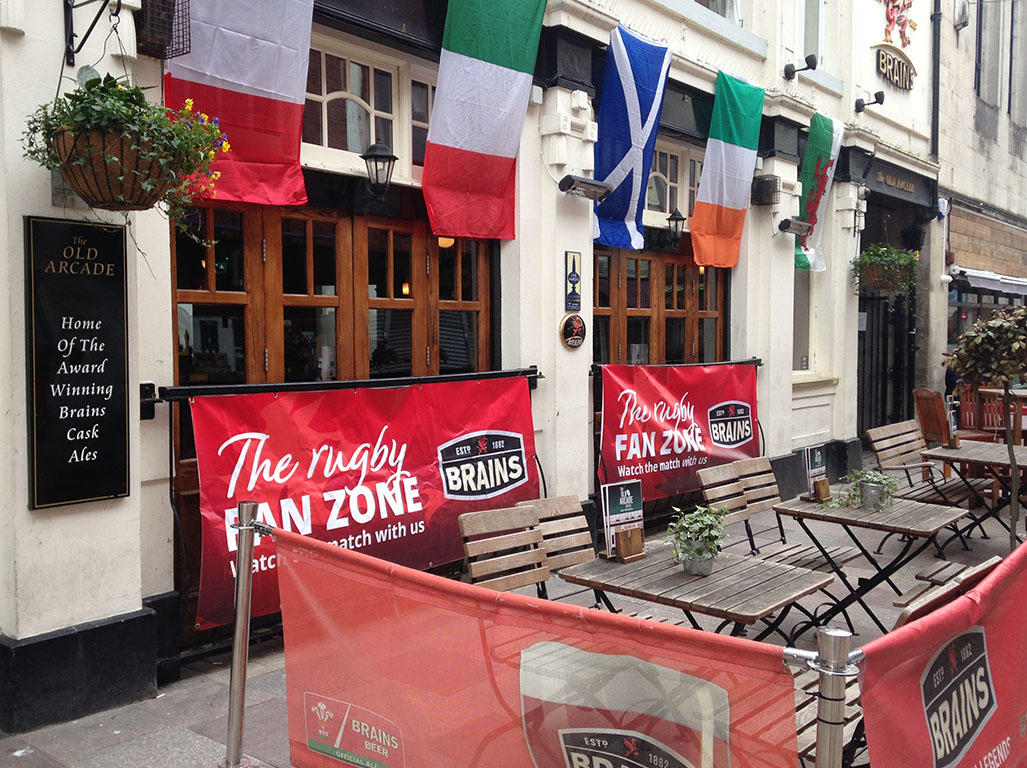 CARDIFF is preparing for its busiest day of the year so far, with more than 100,000 visitors set to descend on the city to watch the Six Nations clash with England this weekend.

The Wales v England game, which takes place tomorrow, has sold out 74,500 seats in the Principality stadium and is expected to draw thousands more who will watch the game in the city.

Arriva trains Wales said they tend to spend up to three months planning the train service and crowd management ahead of a fixture like this.

An spokesperson for Arriva said: “Around 30,000 customers can arrive at the station before the game, and up to 40,000 customers return to the station to get home afterwards. It’s so busy at Cardiff; we even have to close Queen Street after events, due to the size of station.”

The Principality Stadium has brought an average of £130m per year to Cardiff since its creation (as the Millennium Stadium) in 1999 and draws an average of 770,000 people a year to the city.

Travel comparison site, Trivago, says the average hotel in Cardiff will cost £481 on Saturday night following the six Nations game, a 345% increase from February’s £108 average per night stay in the Welsh capital.

Brains Brewery, the official sponsor of the Welsh Rugby Team, is expected to sell around double the number of pints it would typically sell on a Saturday across the city.

Tim Lewis, PR and communications manager for Brains Brewery, said: “We are expecting to sell around 70,000 pints across our 112 Brains managed pubs on Saturday. This will be a 200% increase from our previous Saturday.” Rick, 71 from Cardiff, said: “I’ll be watching in the stadium. All the boys will be out! We’ll have a drink, go down to chippy lane, have a curry and chips. I look after them and if any trouble happens we nip it in the bud.”

Joe Jackson, 21 from Cathays, said: “I’m not a die hard rugby fan so don’t go out to get drunk. I’ll only spend about £20 on a rugby night but it depends on the game. When England play I drink a fair bit more!”

The Welsh Ambulance Service has teamed up with St John Ambulance to provide extra cover around the city and cope with demand.

Bob Tooby, the Welsh Ambulance Service’s Head of Operations for the Cardiff and Vale area said:

“This time of year is one of the busiest periods for us, and we tend to see an increase in alcohol-related calls and minor injuries with major sporting events. We really do want everyone to enjoy themselves, but we would also ask them to help us be available for people facing genuine life-threatening emergencies by keeping an eye on how much they’ve had to drink.”

National Express will not provide any extra services to Cardiff. Coaches will not stop outside Castle St, Cardiff University and Cardiff Gabalfa and will only provide services to Sophia Gardens.

Parking for the event will be available at Sophia Gardens 8am- 12am for £15 (cash only), payable on the day.
Wales will play England at 16.50 in the principality Stadium.

cardiff, rugby, six nations, sport, wales
You may also like