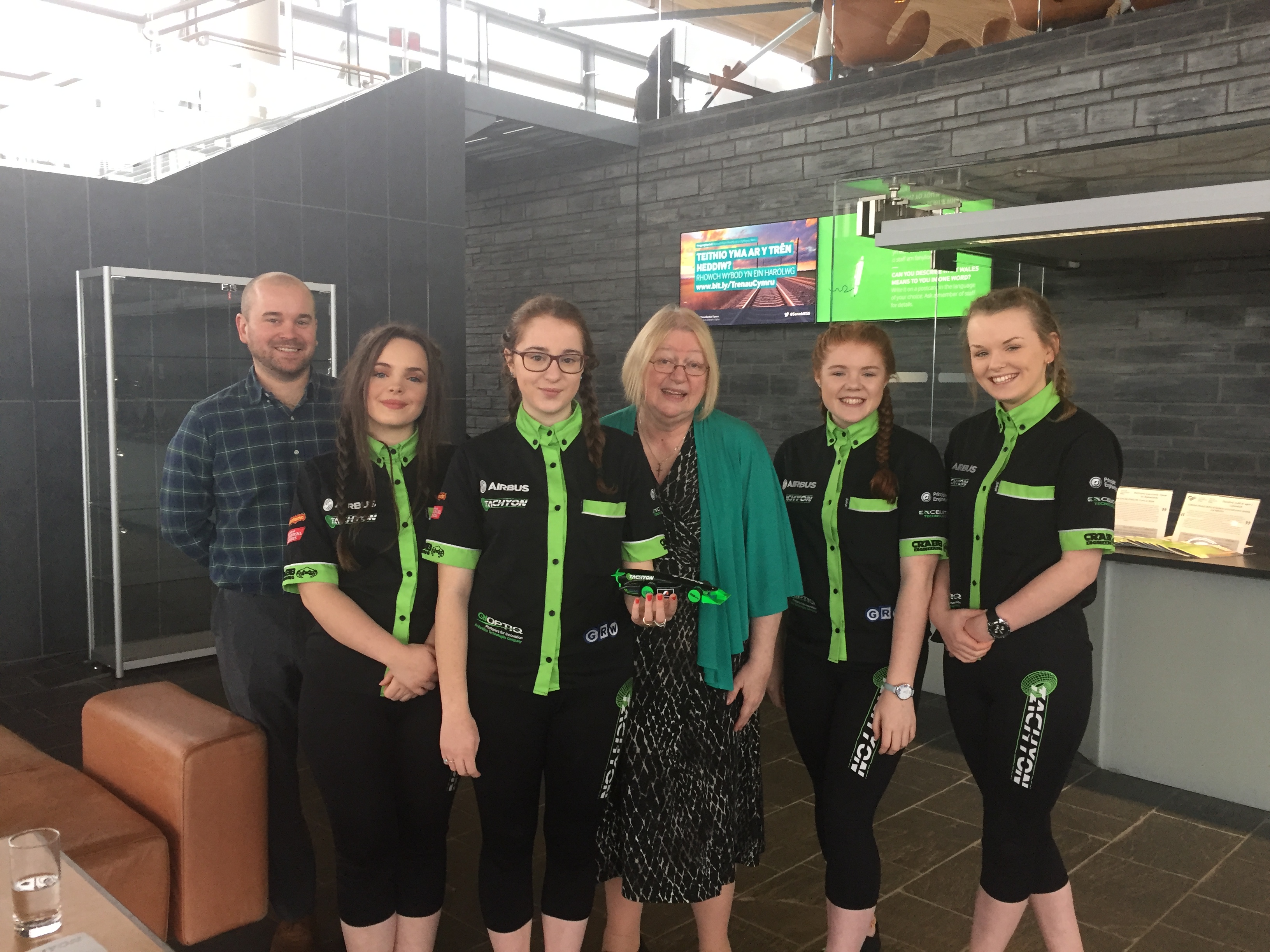 FOUR Welsh teenagers who got through to the World Finals of Formula 1’s school’s competition two years running visited the assembly today to talk to Wales’ First Minister about promoting science and technology in schools across Wales.

The visit comes after the Welsh government last week launched a £4 million scheme to raise standards of science and technology in schools. Wales was found to be falling significantly behind the rest of UK in the latest Pisa results.

Gareth Jones, the design and technology teacher who took them through the competition, said: “Our main aim is to get other schools involved in the competition. The girls have been going everywhere, even into primary schools to talk to children.”

About 30 countries across the world competed by designing and building a replica of a Formula 1 car in miniature to race it down a 20-metre track the fastest.

Ann Jones AM said: “Nothing fazes these girls now.”

Over the last two years, the team has competed in the UK finals and the World Finals in Singapore as well as in Texas last October, getting the opportunity to go to the Grand Prix and have lunch with the F1 team including drivers such as Nico Rosberg.

One of the team, Amy Martin, has also been chosen to be one of nine young people to join the Randstad Williams engineering academy, the engineering equivalent to the famous F1 driving academy. Mr Jones said: “When we first started they were really quite shy, but they have done so many presentations and competitions now they are really confident.”

The team is keen to work with Wales’ ministers to share their passion for science.