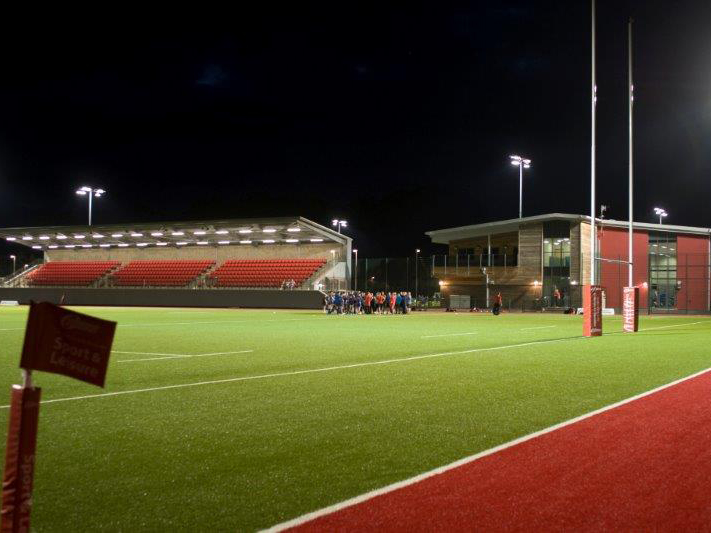 WALES women battled against tricky weather conditions in their loss to Ireland for the Six Nations warm-up match at Ystrad Mynach on Sunday.

Two first half tries from Jessica Kavanagh-Williams and one from Carys Phillips was not enough to overcome Ireland as Wales lost 27-19.

Wales were forced into making a late change on the bench as flanker Nia Elen Davies was ruled out through injury. Katie Jenkins took her place.

With just four minutes on the clock, a storming run from outside-half, Niamh Briggs forced open the back line and debutante Megan Williams was given her first try of her international career. Former Ireland skipper Briggs was unable to meet the conversion.

The difficult conditions became more of a problem for Wales as they started to produce unforced errors.

The visitors added to their lead minutes later as Ireland displayed some of the best link up play of the match.

Winger Alison Miller made a break down the left before passing the ball to scrum-half Ailsa Hughes who found full-back Kim Flood. Centre Claire McLaughlin was able to touch the ball down and Briggs converted.

Wales started to get back into the match as they won a penalty in the opposition half, which Robyn Wilkins kicked to the corner.

Ireland held them off for a short time but the strength of the Welsh outfit enabled hooker Carys Phillips to put Wales’ first points on the board.

Midway through the first half Ireland scored their third try of the afternoon as Briggs’ accurate cross-field kick found Alison Miller, but again Briggs’ failed to convert.

A blistering end to the first half saw Wales come back into the match. A split ball allowed Amy Evans to win the turnover and mount an attack that brought Wales to within metres of the try-line.

Kavanagh-Williams broke loose for a try under the post, which Wilkins converted. Wales women play their Six Nations opener against Scotland at the Principality Stadium.

Ireland’s lead was narrowed and their performance on the pitch reflected this. Wales grew in confidence as the second half came to an end, but this was not before they scored their second try on the stroke of half-time.

Wales caught the Ireland defence off guard as Kavanagh-Williams scored her second try of the afternoon. Wilkins was on-target with the extras as Wales led at the break 19-17.

The second half started quietly with both teams passing the ball well in the for the first 20 minutes as Ireland regained the confidence they started the match with.

It wasn’t until midway through the second half that Ireland got their fourth try of the afternoon as Leah Lyons pushed the ball over the line with a powerful run following a line-up.

Ireland’s final and fifth try of the afternoon came as Nicole Cronin’s quick tap set Sene Naoupu up to dive over the line. Lyons hit the post with the conversion.

Wales may have mounted a wonderful first half comeback, but the strength of the Irish in the second half proved too much for the women in red as they lost the Six Nations warm-up match 27-19.

rugby, six nations, Wales vs Ireland, Women's Rugby
You may also like