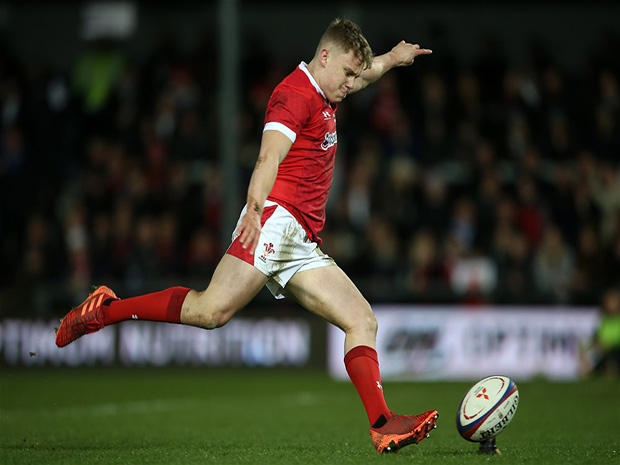 WALES U20s coach Gareth Williams has made two changes as his side look to make it three wins in a row against Scotland on Friday night.

Williams’ side come into the game at Zip World Stadium in Colwyn Bay having narrowly beaten England 23-22 last week.

Leicester Tiger Sam Costelow was the hero of the hour kicking the winning drop-goal late on to seal victory for Wales.

Fly-half Costelow this week announced he will return to his homeland next season, by signing for the Scarlets.

He said: “Scarlets are a really good side who’ve been playing some great rugby which I think will suit me.

“I feel it is the right move for me in how I am going to develop into the player I want to be and also to fulfil the targets and hopes I want in my career.”

Scarlets general manager Jon Daniels said: “He is one of Welsh rugby’s brightest prospects, highly regarded at Leicester and we are excited to be signing a player of his calibre and looking forward to seeing him develop his game as part of a strong pool of fly-halves at the Scarlets.”

The promising No 10 joins Liam Williams, Nick Tompkins, Rhys Webb, and Nicky Thomas as Welsh players who are returning home to play their club rugby.

Coach Gareth Williams has made two changes from the England win with Dom Booth coming in at hooker and Bristol Bears talent Ioan Lloyd slotting in at full-back following Jacob Beetham’s injury.

Williams said: “The challenge this week is to recover quickly from the England game and keep that momentum going against a very good Scottish side.

“It will be good to finish the competition with that momentum, but we know how difficult the challenge against Scotland will be.

“They have been excellent this season and probably haven’t got the results they have deserved.

“They have had consistency in selection this year, so we have to make sure we are at the levels we were against France and England to keep that momentum going.”

Scotland and Wales are both tied on eight points, with each side knowing a bonus point win could see them finish as high as second.

The Scottish side lost narrowly to France last week whilst running in three tries and have made only one change – with Jack Hill coming in at blindside flanker.

Head coach Sean Lineen said his side are looking to finish the tournament on a high.

“The players are very determined and focused on the task at hand and I’ve been really impressed with the players’ attitude and mindset throughout the tournament,” he said.

“They’ve continually looked to improve their game each week and hopefully they’ll be rewarded for their efforts this Friday.”