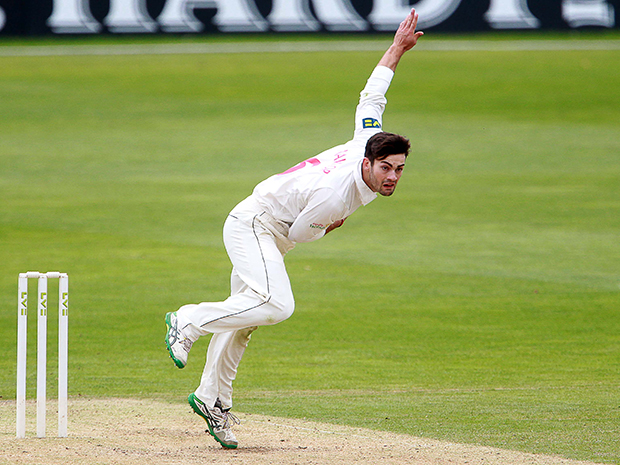 AFTER growing up playing for St Fagans, Glamorgan’s Jeremy Lawlor will return to the side as one of the club’s two allocated players for the 2018 season.

Batsman Lawlor, who has averaged 43.5 in his five first class matches for Glamorgan, played for St Fagans through all the club’s age groups and made his first team debut in 2010, aged just 14. Jeremy’s brother also currently plays for the club’s first team, and their father used to represent the side. He joined Glamorgan in 2015 aged 19, and has since featured as an allocated player for Pontarddulais and Bridgend Town, both in Division One.

The last time that St Fagans were in Division One, Lawlor was the club’s top run-scorer, scoring 631 in 14 games. He averaged 57.36 and scored one century, 123 in a win over Mumbles.

St Fagans CC chairman David Harris said: “[Jeremy] of course grew up with the club and had an outstanding season for us the last time we were in the South Wales Premier Division One in 2015. He’s currently doing very well out in Australia and it’s brilliant to have him back at Crofft-y-Genau Road.”

Club captain Chris Thorne added: “We are obviously delighted to have him back, particularly having a home-grown player who is in the Glamorgan set-up. He’s a batting all-rounder who has developed into a very useful seamer.”

Lawlor will be joined by South African international Colin Ingram. Ingram has represented South Africa in 31 ODIs and nine T20s.

The 32-year-old batsman made 124 on his ODI debut for South Africa in 2010, becoming only the sixth person, and first South African, to score a century on their debut. Ingram has just come off the back of a successful Big Bash League campaign with the Adelaide Strikers, where he scored two 50s on the Strikers’s way to the title.

He is currently playing for Karachi Kings in the Pakistan Super League.

Mr Harris added: “It’s also a great privilege to have Glammy and T20 superstar Colin Ingram assigned to us. He is one of the game’s most devastating players.”

The allocated players system allows young players and those who are not expected to play regularly to maintain match practice at South Wales Premier League teams.

A maximum of one allocated player can play each week. If both players are available, Glamorgan will choose who will play for St Fagans.

Unlike in previous years, Glamorgan will only be be allocating players to Division One sides. St Fagans won promotion last year after winning Division Two.

What makes a litter pick in Creigiau so special?
About Post Author