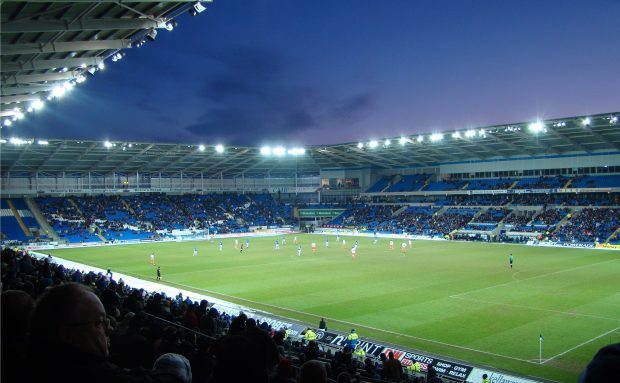 CARDIFF City will be hoping to close the gap to the league leaders this weekend as they host Birmingham.

With the gap only six points, finishing top is a realistic expectation for Neil Warnock’s side but toppling Wolverhampton Wanderers will be no mean feat.

Fresh from winning the manager of the month award, Warnock will be expecting a win this Saturday against a struggling Birmingham City.

Cardiff will be looking for a sixth win on the spin as they look to put the pressure on the top as well as consolidate their automatic promotion spot.

Conversely, Birmingham are without a win in five games and have only scored once in that period. Their poor form cost manager Steve Cotterill his job earlier this month.

His replacement, Garry Monk, becomes their fifth permanent manager in 15 months. The ex-Swansea City player and manager is sure to be in for a hostile reception when he leads his team out this weekend. Monk spoke of his admiration for his counterpart, Warnock, ahead of the match.

“I’ve got huge respect for Neil Warnock. He is one of the older managers that has been very responsive with me.

“He texts every now and then. I’ve spoken to him since I’ve been manager at different. When I took the job at Swansea he was the first manager to text me a few nice messages.”

The Bluebirds don’t have a particularly impressive record against the Midland outfit. Four of the last seven meetings between the sides have ended in draws and their last victory over the Blues came in 2015.

With Wolves set for a tricky fixture away to local rivals Aston Villa, Cardiff will be hoping the gap at the top to three points.

Warnock’s squad is still injury-hit but he revealed at his pre-match press conference that some are set to return to the side in the upcoming weeks.

“We’ve got two tough away games next week and then an international break.

“Looking at most of [our injuries], they might be available after the break and we could have a run-in of eight or nine games with a proper squad.

“For now, we’ve got to get through the next week with what we’ve got and try and get as many point as we can.”

Callum Paterson made a goal-scoring return in mid-week and centre-back Sean Morrison is set to return for the weekend.

Kick off for Saturday’s game at the Cardiff City Stadium is 3pm.

Birmingham, Cardiff City, efl championship, wolves
You may also like