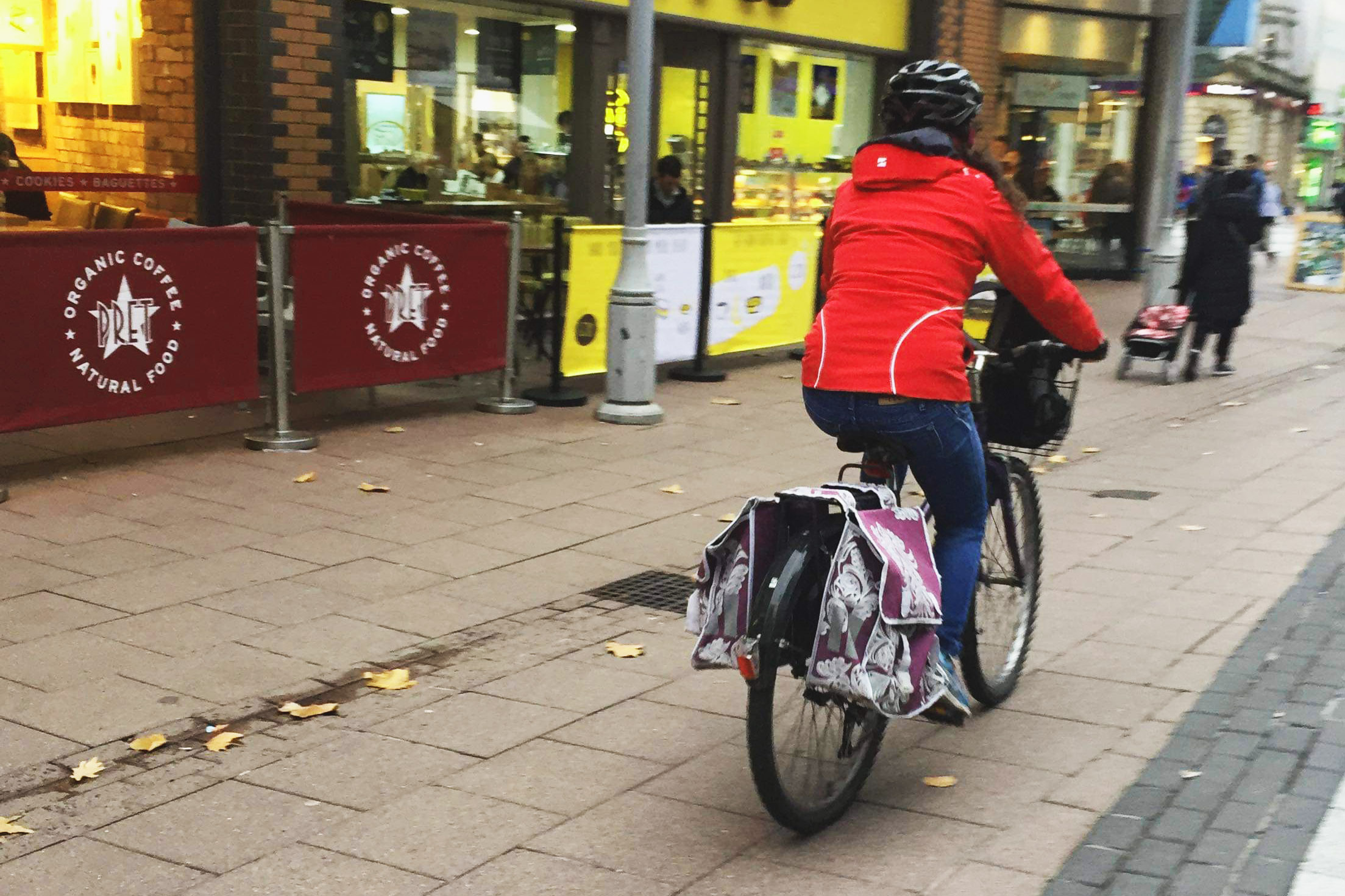 CARDIFF shoppers have expressed anger about cyclists travelling at high speed on one of Cardiff’s busiest streets.

Despite a ban on cycling in Queen Street, some shoppers are being forced to dodge the cyclists who choose to ignore the signs and use the pedestrianised street as a cut-through.

Neil Moffatt 61, from Roath said: “I have a chronic knee problem so am not as mobile as I would like to be. Bicycles shooting past at speed from behind is equally unsettling as it is irritating. Especially when they are wearing headphones.

“They unsettle the public and endanger their well-being. Especially the infirm and young,” People who cycle through Queen Street might be unaware of the prohibition because there aren’t enough signs on the street itself in addition to those at each end.

“They do not see the signs, they are very hard to spot, nor seem to care about prohibition. Few if any have been trained about road safety and bike etiquette,” said Mr Moffatt.

Cyclists might also be tempted to ride through prohibited areas, such as Queen Street, to save time.

Leighton Harding, 50, from Heath, regularly cycles for pleasure around Cardiff. He said that cyclists on Queen Street cannot carry on because the street is so busy. Mr Harding suggests that there should be more signs throughout Queen Street to let cyclists know about the prohibition and to keep shoppers safe.

Cathays Councillor Norma Mackie said: “We understand the concerns of pedestrians and have asked for clear signs to go up.  We also appreciate the vast majority of cyclists are not causing any problems and we have limited routes in that area.

We are planning on building improved cycling infrastructure in that area, but in the meantime, we would urge cyclists not to cycle along Queen Street.  We have very limited space in Cardiff and we all need to share it.”

Cardiff Council are developing proposals for five Cycle Superhighways to support and promote cycling. The proposed routes aim to connect communities to major destinations across the city, including the City Centre and Cardiff Bay.

The Cycle Superhighways will be developed from proposals in the Integrated Network Map which sets out a 15-year plan to improve routes for walking and cycling in the city.
This will meet the requirements of the Active Travel (Wales) Act 2013 to plan for the provision of routes and improvements for active travel.
Share