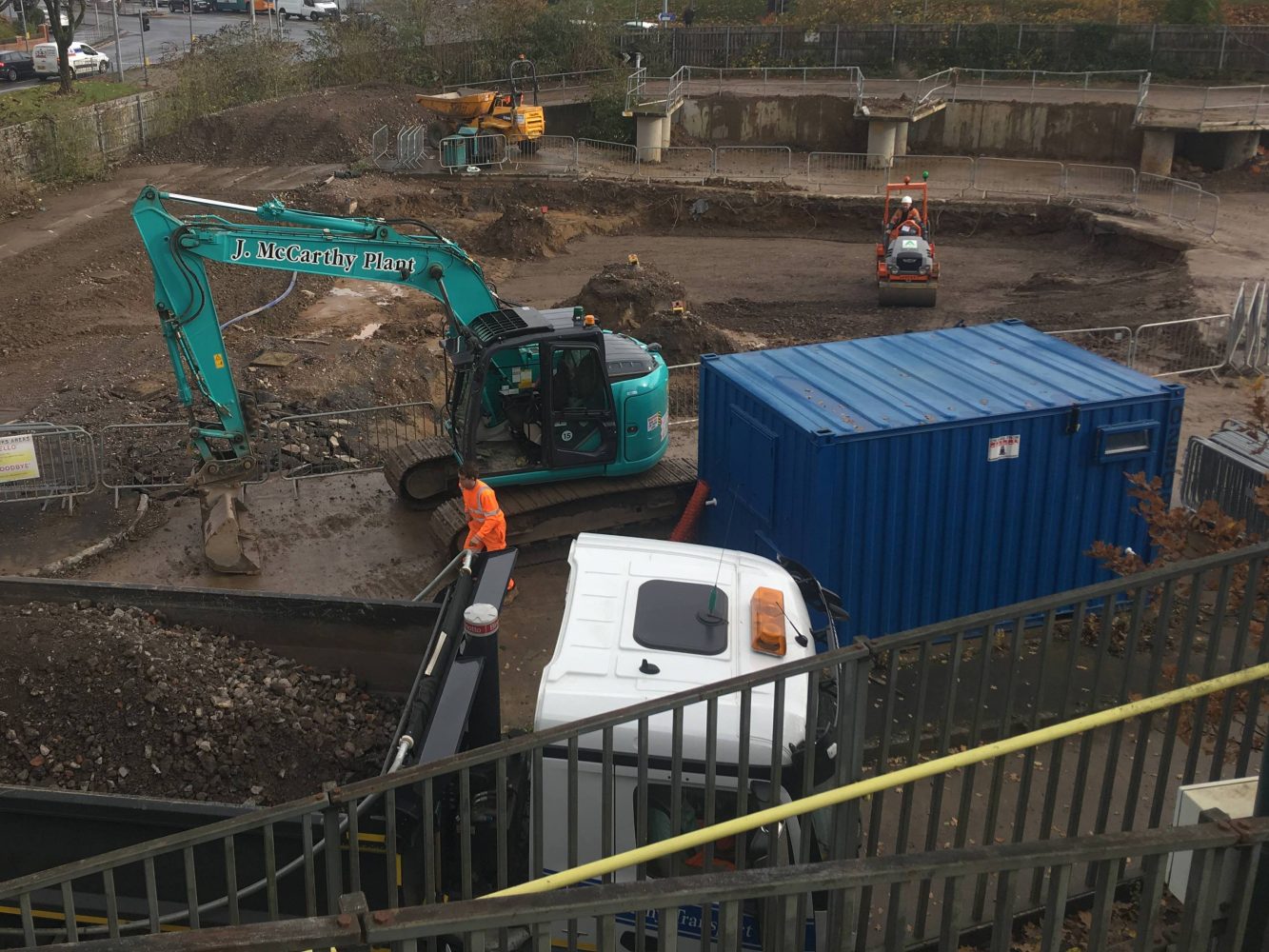 CONSTRUCTION vehicles are clearing the site of the controversial former Waungron Road recycling centre, but Cardiff council is not saying what it’s being cleared for.

The centre was upgraded in a £1 million project in 2008/09, but was closed in April 2014, with the council claiming it could no longer afford to run it.

A campaign to re-open the centre started shortly afterwards, and led to a vote on March 5, 2015, in which more than 1,800 residents voted in favour with just four against.

However, the vote was not binding on the council and it chose not to reopen the recycling centre. Fairwater Councillor Neil McEvoy, told The Cardiffian: “The obvious thing to do is to reopen the recycling centre. It served huge numbers of people in the local area. The only reason the issue will not be revisited by the council is that it highlights previous bad decisions.”

Instead, Cardiff Council has proposed to build a bus interchange on the site. The plan was billed as a way to improve Cardiff’s bus service, particularly given the expected increase in passengers created by the housing development between St Fagans and Radyr.

Planning permission for a bus interchange was granted on November 1, 2016, but the proposals have faced opposition and delays.

When asked about the future of the site today, Cardiff Council said “any future development would be subject to planning”.

Councillor Keith Parry, said: “The bus service plan is ridiculous. It will add unnecessary time on to bus journeys from Ely to the centre.”

There are also fears the interchange could create traffic problems.

Resident Bernard Eccles, 71, said: “The bus interchange doesn’t make sense, there’s not enough room for the buses to get in and out. The old recycling centre was great, you could be in and out very quickly.”