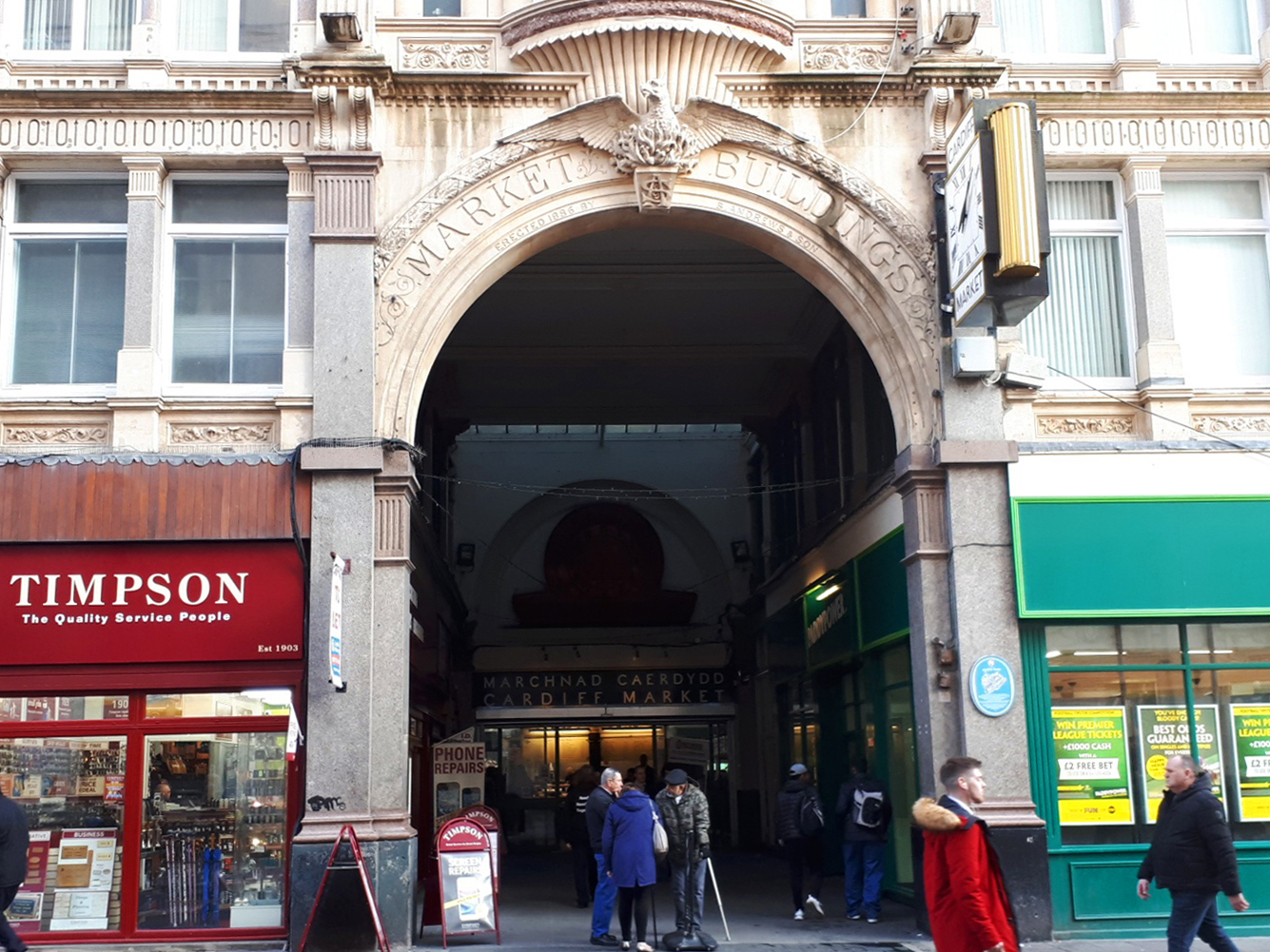 CARDIFF Council wants to apply for money from The National Lottery Fund Wales to renovate the city’s market.

The roof and interior of the 128-year-old market would be completely refurbished in the plan.

To qualify for heritage funding, the bid would have to include an “interpretation” aspect to encourage customers to appreciate and engage with the market’s history.

Graphics would be incorporated, and staff will be specially trained to tell the market’s story. There would also be links to Cardiff Story Museum.

Cardiff Market customer Jack Jones said: “The interior of the market hall is dated, and the aisles between the stalls are narrow, but it all adds character to the experience.”

“I think a renovation to improve accessibility will be welcomed, but the building has enough character and traders to guide you through the history of the place,” said Mr Jones, 22, from Newtown. Plans involve full restoration of the market’s interior and a complete refurbishment of the roof.

Ivor Roberts, 70, from Tonteg, owns the IJ Roberts pet shop in the market and welcomes the idea.

He said: “I don’t think the market can be improved that much, but it could do with a brighten up. I’d like to see it cleaned up with a new lick of paint.

“I don’t want it to be too modern because the market is a historical building, so I welcome more emphasis on its history.”

Before January 30, 2019, applications in excess of £1 million were decided by the London HLF Office.

Now, projects in Wales asking for up to £2 million will be decided by the Wales HLF Office. This includes the Cardiff Market application, though exact figures are confidential.

Before renovation can begin, an initial application will be considered. If approved, funding will be provided to create a more detailed proposal for a second application. Approval at this stage would unlock funds to begin restoration.

The initial application should be submitted on May 28, 2019 to get a decision in September.

If successful, a round two application would be submitted in early 2020, with work commencing in 2020/21. He said: “I think it would have a tremendous impact on the businesses, it would be very good for the market.

“We’d like to see the market cleaned up and for the stalls to be made to look uniform, but this alone would cost a lot.”

“The market is a listed building, so we would collaborate with Cadw.”

Cardiff Market is a Grade 2 listed building, considered as particularly important and of more than special interest.

If the planning authority agrees that listed buildings can be renovated, ideas are usually referred to Cadw.  Cadw considers issues raised and recommends whether the plan should be “called in” for consideration by the Welsh Government.