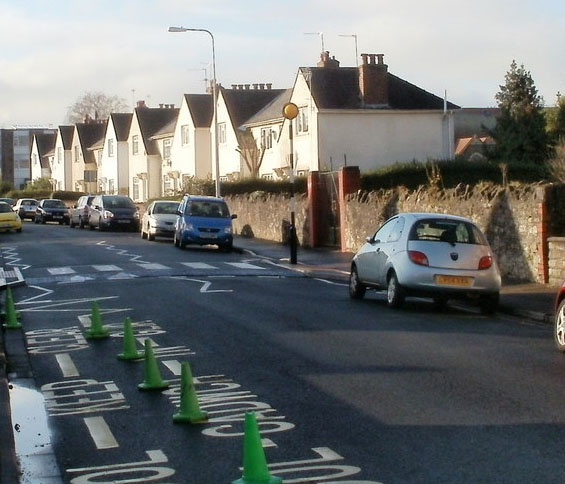 THE Ely council by-election will take place on Thursday and The Cardiffian has spoken to all four candidates, asking them what they will do should they be elected. Here is what they said. “Housing, fly tipping and litter are big issues in Ely. It’s all down to neglect. Ely has been neglected for so long that it’s added to a feeling of deprivation in the area.

“Plaid want to re-open Waungron Road Recycling Centre. Local people used it regularly. Fly tipping has been worse since that decision. We used to have community skips, that’s also something we’d like to reintroduce.

“The issue is linked to poverty, for some people on benefits it’s a choice between eating and paying professionals to deal with rubbish, so a skip is a good idea.”

Turning to the issue of empty homes, Ms Gibson said: “The council have the power to give out fines and issue compulsory purchase orders, they can also assist the owners of empty homes to bring them back into use.”

On anti-social behaviour, Ms Gibson noted that the use of off road scrambler bikes is a problem in Ely, she said: “Police need to do a blitz operation and show their presence in the area. This could get people to stop using these bikes. Drones have also been effective.

“The people involved in anti-social behaviour aren’t bad people, they’re just looking for something to do. There is lots of disused land in Ely, which is just wasteland.

“I hope to start a conservation project there, which will protect butterflies, this sort of thing gives young people something to do.”

On housing, Ms Gibson said: “The council waiting list is huge, people in Ely want council houses. The houses being built on the junction of Snowdon Road and Wilson Road are shared equity properties for people who want to buy, this is not the right approach.” Mr Brookman emphasised derelict housing, litter, the environment and potholes as the major issues in Ely.

Mr Brookman said: “There are some monster potholes in Ely. The residents pay a lot of tax for poor roads. We need a comprehensive council plan to identify potholes, with money provided and a timetable for doing it.”

“Fly tipping is a blight on the landscape. There are lots of alleyways in Ely, the way the area was designed makes it susceptible. We need more cash for the environment budget and a strategy on fly tipping.”

“Derelict housing needs to be renovated. An overall plan that identifies which properties are derelict and carries out an environmental impact assessment needs to be put in place.”

“There is a shortage of outlets and facilities. The council need to support sports clubs in the area and recognise the work they do in the community.”

On housing, Mr Brookman said: “The key priority is to use what we already have. People don’t want inappropriate developments on green space.

“Increasing the nation’s housing stock is a Conservative mission, but plans have to be appropriate and have the supporting infrastructure built first.”

“That means transport, schools and roads need to be built before housing.” Ms Humphreys said: “My number one priority is to help deliver the 20 mph zone along Grand Avenue outside St Francis and Windsor Clive Primary Schools.”

On fly-tipping, Ms Humphreys said: “It is a problem across Cardiff and I know that the council responds rapidly when incidents of fly-tipped rubbish are reported.

“I believe more effort needs to be put into making people aware that there is no need to fly-tip as the council operates a bulky waste scheme which means the council will arrange to collect these items and, in many cases, free of charge.”

On empty homes, Ms Humphreys noted the turnover of council houses was a problem, and that additionally “there is a particular problem at present following the decision by the three contractors the council uses to refurbish and maintain its properties to pull out of the contract which is causing a problem turning properties around as quickly as we would like.

“I know the council is working to replace the contractors as soon as possible.”

On anti-social behaviour, Ms Humphreys acknowledged the issue, but said “this is another problem that is not confined to Ely as it happens across the city and is a lot worse in cities like London and Birmingham.

“I have made clear that one of my priorities for Ely is the creation of a major Youth Zone on the Ely Rec similar to those that have been built in other parts of the UK.”

On housing, Ms Humphreys said: “There is scope for very small scale developments in Ely and the scheme currently being built at Wilson Road is an excellent example of what we can do to help provide homes for people who urgently need them.” Mr Jerrett said: “Mess in Ely is the main issue. Fly-tipping and empty housing also. The area needs cleaning up.

“There are waste enforcement officers, although there are less since the cuts. They need to clear the site, find evidence of who it is and prosecute them. We need more prosecutions and fines for fly tipping.”

On empty homes, Mr Jerrett said: “Ask the owners to sort them out with a timetable in place. If they don’t do anything, then the council should threaten them with a compulsory purchase order.

“With council homes it’s obvious. Do them up and put residents in, there are plenty waiting.”

“We do need to find things for youngsters to do; more local events in the area and more local youth and sports clubs.

“I want sports clubs to go into schools and advertise themselves. Bowls, judo, boxing, these sorts of things are far better than hanging around street corners.

On housing, Mr Jerrett said: “Building on green space is a bad idea, there are fields that are well used and people don’t want them built on.

“We need social houses more than affordable. Affordable houses are often not very affordable at all. Some areas of the ward would object to this, but it would be preferable.”