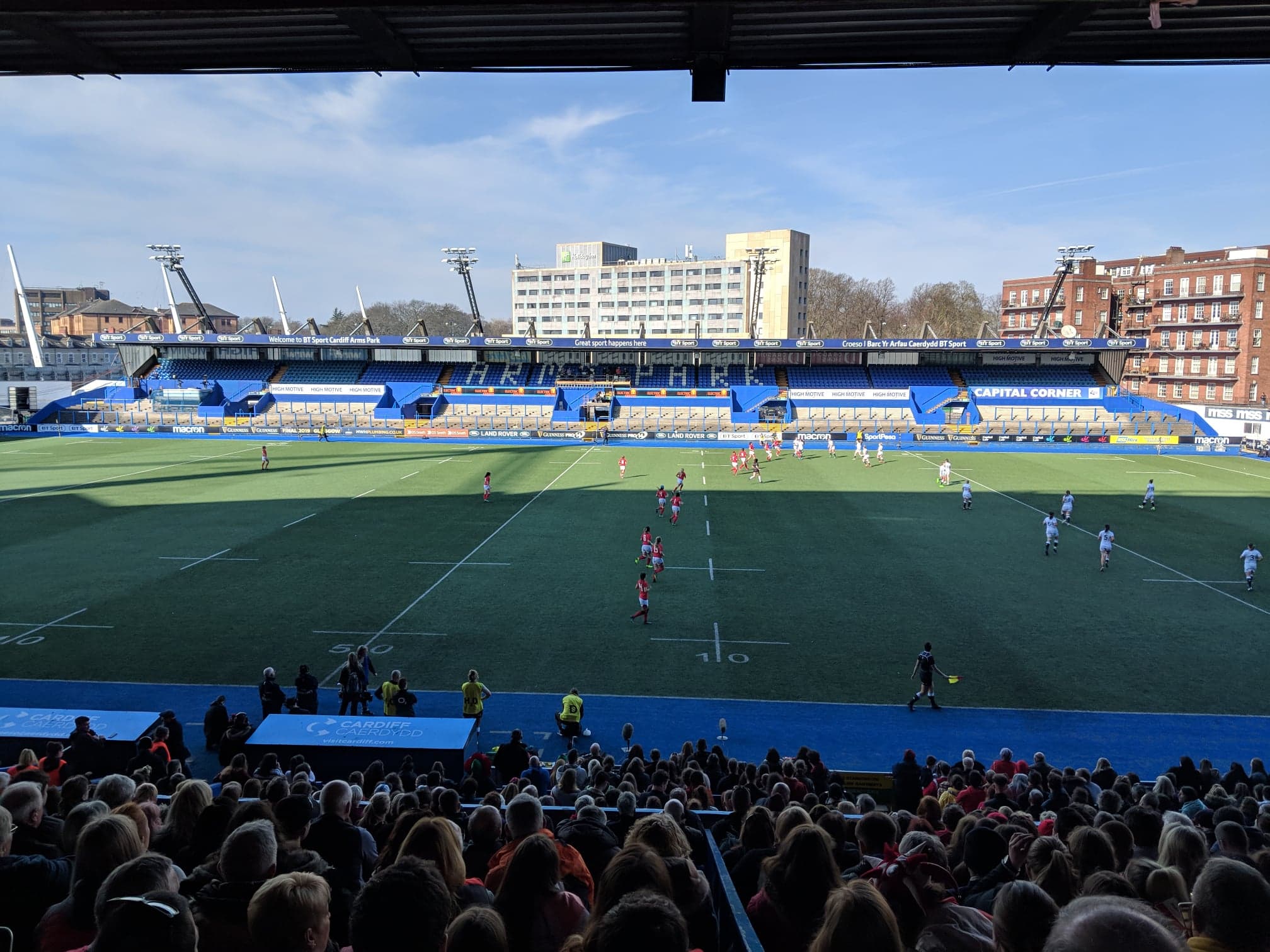 WALES men may have earned a famous victory at the Principality last weekend, but Wales Women suffered a heavy defeat at the hands of their professional-status opponents from England.

At a sun-drenched Arms Park, Wales Women were at times made to look very average in their 12-51 loss. Missed tackles were common from Rowland Phillips’ side, while the set piece went awry far too often.

The Red Roses on the other hand looked immaculate and hardly put a foot wrong over the 80 minutes.

With seven try scorers, including a try from prop Sarah Bern, who confused most of the crowd by performing like a winger, England were electric.

It didn’t stop a vibrant crowd as chants of Sweet Chariot were drowned out by cheers for Cerys Hale’s try late in the second half.

For Wales, this was their toughest test, facing the expected Grand Slam winners, and Wales will take pride in the fact they did score two tries.

And Wales score!!!! Moving from one wing to the other, England defence for the first time stretched. Jess Kavanagh finishing the move 5-29 pic.twitter.com/8rr7ZGNeNC

It can only get easier as they travel to Glasgow to face Scotland in the next leg of the championship.

Phillips’ side will be looking to get their first win of the championship to avoid getting the dreaded wooden spoon as they did last year.

Scotland have yet to win a game this championship, including a 7-28 loss to Italy who Wales drew with two weeks ago.

In the fixture last year Wales only won by a point at home so know this will not be easy for them.

But putting two past England is no mean feat, and if they defend as they did in Italy, Wales could complete the win in Glasgow which would go a long way in showing the talent this young Wales side has.