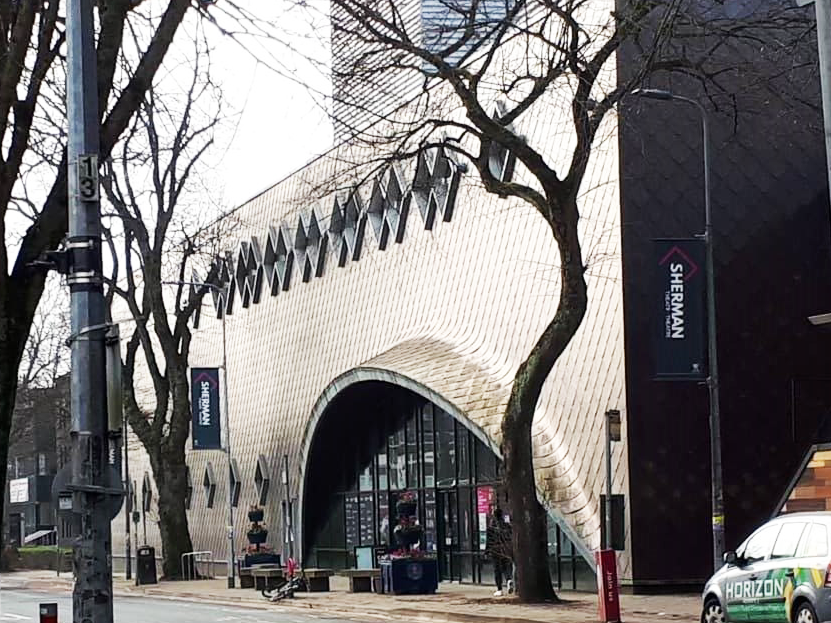 WORK on Cardiff’s first cycleway began yesterday, despite concerns that it might disrupt access to the Sherman Theatre.

The theatre is believed to be concerned about the loss of pay-and-display spaces for patrons and the lack of space for buses to drop off children who attend performances.

Labour Councillor for Cathays, Norma Mackie, said: “There have been concerns expressed about parking for theatre goers, by the Sherman Theatre.

“These concerns have been regularly discussed throughout this process and we hope solutions can be found to address these concerns.” When approached, the Sherman Theatre refused to comment, but concerns were raised in the consultation report for the building of the first cycleway from St Andrew’s Cresent to Senghennydd Road.

The report outlined concerns that the scheme would significantly reduce pay and display spaces on Senghennydd Road, potentially impacting those travelling to the Sherman Theatre by car.

It also said the cycleway might disrupt school events at the Sherman Theatre, which require several coaches to drop off and pick up school children and park on Senghennydd Road.

In response, Cardiff Council said they will liaise with the theatre to identify alternative locations for visitor parking and coaches can pick up and drop people off outside the Students Union, and park in locations such as Cathays Park.

Existing disabled parking bays will not be affected by the scheme.

Coun Mackie sought to dampen rumours that the theatre was considering legal action. She said: “I don’t think it will come to that, we think most issues can be resolved.”

Canton Labour Councillor and cyclist Stephen Cunnah said: “It is proven that people who aren’t confident cyclists or want to start cycling prefer to be segregated from motor traffic for safety.

“If you are building new infrastructure along a public highway, something will be lost.

“The cycleways are important for Cardiff to have and it’s unfortunate that you lose anything, including parking, but unfortunately there is no other way.”

In Sustrans’ recent Bike Life Cardiff poll of 1,100 residents, 57 per cent said they want to start cycling or cycle more, but many had concerns about road safety.

Only 34 per cent considered cycling safety in the city to be good, but 70 per cent said they might cycle more if segregated cycle lanes were built.

The Welsh Government told The Cardiffian it has allocated £171,000 to the Cardiff Cycle Superhighway Stage one under the Active Travel Fund.

The fund aims to create new routes across Wales to encourage more people to walk or cycle.

Cardiff Council has bid for a further £890,000 from the Welsh Government in 2019/20 and will also be putting in its own funding towards the cost of the scheme.

Hugh Russell, 33, from Canton regularly cycles around Cardiff and welcomes the cycleways.

He said: “Cyclists are the most vulnerable road users and are expected to deal with car drivers.

“The number of pedestrians hurt by cyclists is minimal compared to the number of cyclists injured or killed my cars. I think cycleways are desperately needed in Cardiff; it is difficult to get around by bike.” Where the cycleways will go. Credit: Cardiff Council.

The five proposed cycleways, in the first phase, could make up 13 kilometres of cycling space which would run through nine wards on the following routes:

In 2020, the council will review the current Active Travel plan which is published on the council’s website.

This will give residents the opportunity to suggest locations for more cycleways during future public consultations.