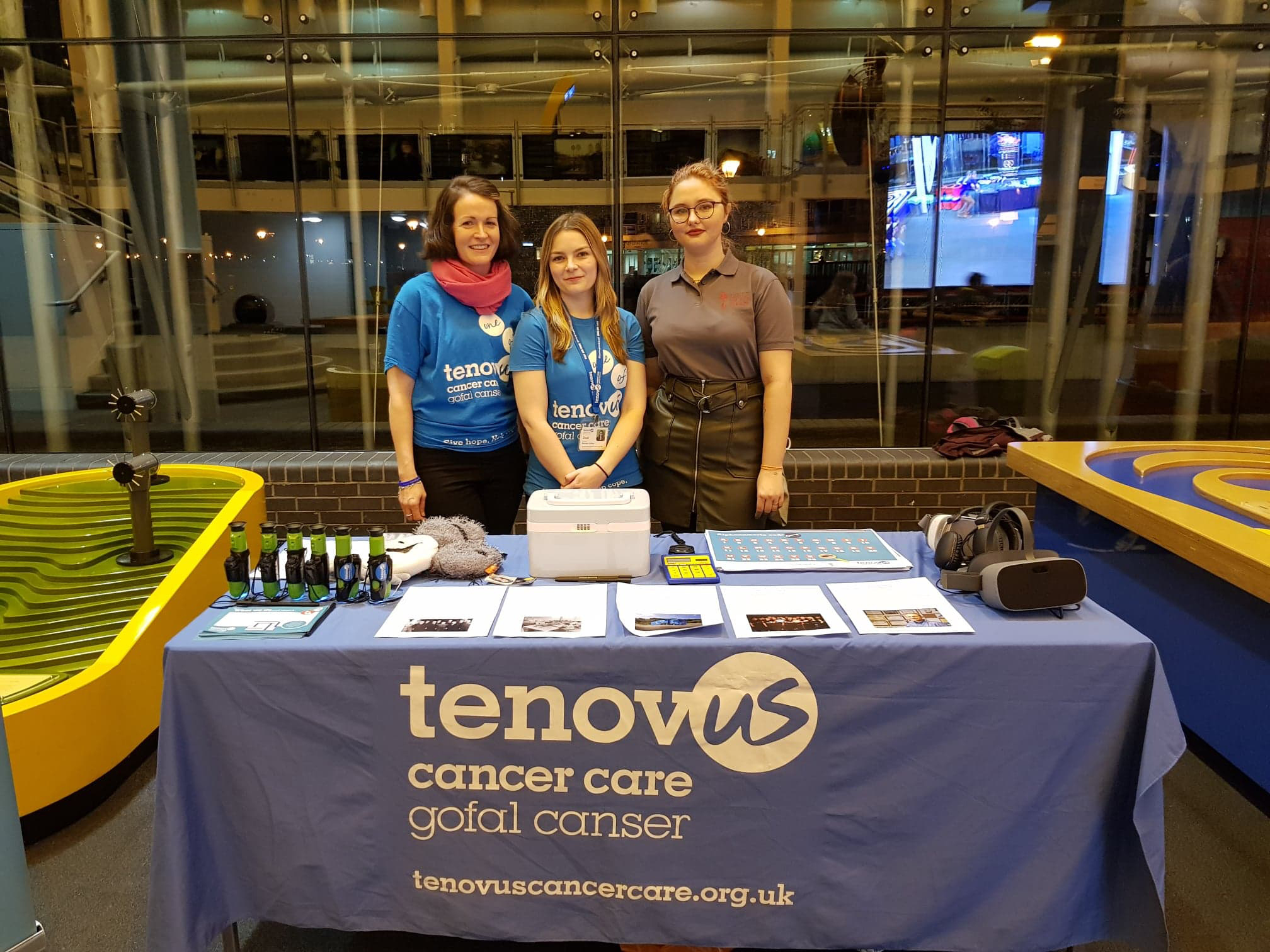 THE work of a team of cancer researchers is the focus of a new escape room in Cardiff city centre.

The game – in which players have to find their way out of a locked room by solving puzzles – is launching this weekend during Cardiff Science Festival with the help of real scientists.

But the game will stay on as a permanent room at Exitus Escape Rooms, whose staff expect they will keep it going between two and six years.

Ellie Steed, owner of Exitus Escape Rooms, said: “During the science festival, scientists will be there so we can explain it in a way that whatever age group will understand.”

The game, Tenovus Virus Tinkerers, is based on the charity’s cancer research and aims to make science accessible for all ages and raise funds for Tenovus.

“We really wanted to create a fun experience that was based around real-life cancer research that’s currently going on in Cardiff,” said Lisa Whittaker, research engagement manager at Tenovus Cancer Care.

The charity gave out £1,767,852 for cancer research in 2019 across Wales, funding research into drugs for cancer.

Dr Whittaker said Tenovus and Exitus’ collaboration started after a team from Tenovus took part in an escape game.

“We went to Exitus on a team night out. A poster on the wall had our logo on the poster.

“Once we were back, we thought ‘That was a really funny coincidence, and wouldn’t it be great if we could do something’.”

“They said yes, it went from there and it’s been absolutely brilliant,” said Dr Whittaker.

Since that visit in August 2019, they worked with Exitus Escape Rooms to create a room based on the research.

In escape rooms, teams of players have to find their way out of a series of rooms by finding clues and solving puzzles, some of which involve teamwork.

“It’s quite science-based so we’ve used aspects of what they actually used to do the study.”

Ms Steed said the lab was heavily involved in creating the room, for example by supplying used equipment which “helped the room feel like a lab”.

She said the escape room couldn’t be based simply on finding a cure for cancer.

“That would be belittling the research.

“We said quite early on it would be about saving the research – we have a bit of what Tenovus contributes, we have got the names of the people who contribute to the research [built into the room].”

Ms Steed and Dr Whittaker said the room was based around research into retraining viruses so that they can tackle and kill cancer cells.

Players arrive in the recreated lab and realise the electricity that kept the experiment going has failed – the team has one hour to save the viruses and the research.

“We just can’t wait to welcome people over the weekend and see what they think,” said Dr Whittaker.

“They can see if they can escape and then, they can meet our scientists and find out a little bit more about what we’re doing.”

Staff from Exitus Escape Rooms and Tenovus Cancer Care attended the launch of Cardiff Science Festival at Techniquest on Thursday, February 13 ahead of the room opening on Saturday.

They are continuing to work together and Ms Steed said that Exitus would continue fundraising for Tenovus.