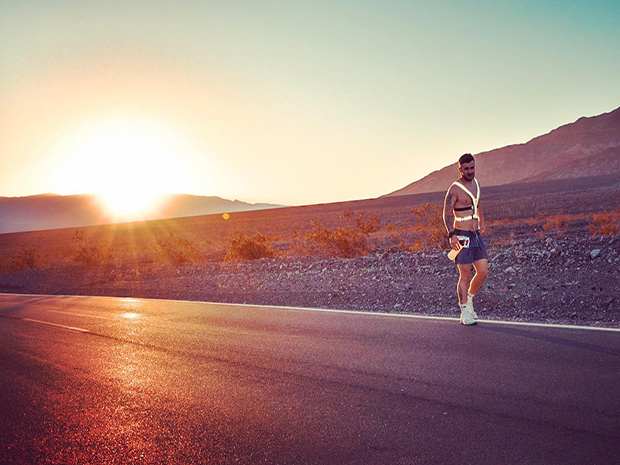 ENDURANCE runner Rhys Jenkins will become the first Welshman to compete in the infamous Badwater Ultra Cup in Death Valley in the Mojave Desert while raising money for charity CF Warriors.

The Ultra Cup is made up of three separate courses – a 51-mile and 81-mile circuit plus the centrepiece Badwater 135 which, as its name suggests, is a 135-mile course.

Mr Jenkins, 32 of Roath, was the first Welshman to complete the Badwater 135 last year and has impressed the selectors enough to be invited back to compete in the Ultra Cup.

Mr Jenkins said: “Only 100 people are invited to do it every year and just over 900 have completed it.

“Less people have completed the race than those who have climbed Everest.”

The course takes place in early July – when the temperature can reach heights of just over 52 degrees Celsius (125 degrees Fahrenheit).

Despite the dangers involved in the race, Mr Jenkins said the completion rate is surprisingly high.

“It is a dangerous bloody thing to do, but I’ve spent 10 years trying to qualify for this and over those years I’ve researched everything,” he said.

“However, you get all the creepy crawlies. I’ve had a scorpion run across my feet while I was sitting down on the toilet in one of the three towns on the route.”

Mr Jenkins has many running achievements, such as completing a 2000-mile run across America from Boston to Austin in 2010.

He was able to complete a 145-mile run from Bristol to London a mere 10 days after finishing the Badwater 135 last year.

Despite the preparation, the heat and cramping affect everyone.

“I was going along last time, and my calves started cramping. The shock went all the way through my body and knocked me out,” said Mr Jenkins.

“I remember waking up on the side of the road thinking I was about to play football.

I thought ‘hang on this isn’t a grassy pitch, this is the desert, what’s going on?’. Luckily, I didn’t have any more problems for the rest of the race.”

Mr Jenkins has raised over £100,000 for charities over 10 years and this year will be raising money for the Cardiff-based CF Warriors.

The charity helps children with cystic fibrosis by encouraging them to take part in sport.

Cystic fibrosis is an inherited condition that causes mucus to build up in the lungs and digestive system. Exercise helps those with the condition to increase their life expectancy.

People with cystic fibrosis can never meet in person due to the risk of cross infection.

Josh Llewllyn-Jones OBE, 32 and the founder of CF Warriors, said: “To have ambassadors like Rhys who are doing big sporting events and pushing boundaries inspires children to go out and exercise themselves.

“Of course, we want to raise money. However, for us it’s more about raising awareness of the charity and cystic fibrosis itself.”

The money raised by Mr Jenkins will go towards ‘warrior packs’ that include branded clothing.

These are sent all over the world to children with cystic fibrosis.

Mr Lewellyn-Jones said that these packs help the children to feel like “part of a team”.

On taking part in the race, Mr Jenkins said: “There’ll be pain along the way but to do Wales proud and raise money for CF Warriors, it will all be worth it!” 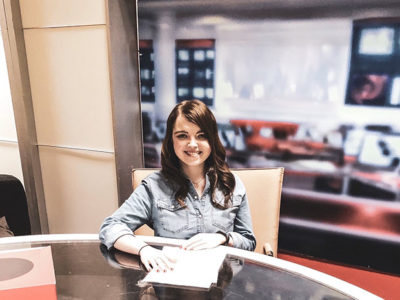