Labour and Plaid Cymru are engaged in a war of words over proposals by Cardiff City Council to close Riverside Play Centre.

Neil McEvoy, Plaid’s leader on the council, has organised a public meeting for Sunday in protest at the move.

But Iona Gordon, Labour councillor for Riverside, said that Coun McEvoy could not stop the closure.

“Neil is jumping on the bandwagon, he has no influence whatsoever,” Coun Gordon said.

“I am concerned for the residents and the mothers of the children at the play centre. He cannot influence the council. Our party has much more influence because we are leading the administration.”

But Counc McEvoy accused Iona Gordon of “doing the dirty on the community” and urged residents to jump on the bandwagon with him.

He said: “The meeting in Riverside will aim to get fifty signatures to force a the council to hold a referendum in the ward on the issue of the Play Centre

“I invite everyone with a social conscience to jump on the save the play centres bandwagon. It’s rolling already and the plan is to force Labour to abandon their plans by mobilising public opinion and organising in our communities.”

Riverside Play Centre, one of six which will close under council plans, will lose its council funding, and all staff have been given termination of contract notices.

A protest banner outside the Play Centre

The site will be taken over by Flying Start, a Welsh Government scheme targeted at children under four-years-old in the most deprived areas of the country.

But Claire Chambers, whose three children use the play centre, said it will de damaging for children if it closes.

“It feels like there is more provision for 0-5 year-olds, we don’t need the Flying Start nursery,” she said.

“I think 5-14-years-old is the most vulnerable age and those children need the play centre.

“If they’re not there they could be out truanting and buying alcohol and drugs.”

Ms Chambers said that the play centre was worth far more than the £9 an hour the council says it costs per child.

“Each child spends maybe seven hours there during the school holidays and they get fed there, so really £9 an hour isn’t that much” she said.

“And if they’re not here and they are out causing trouble then our policing costs will go up, so it’s well worth the money.” 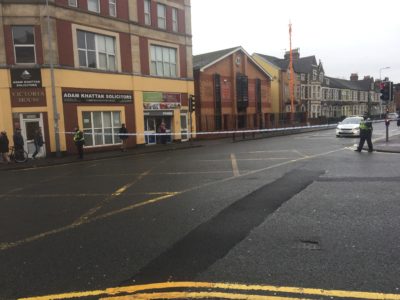 Man in hospital after stabbing in Riverside
About Post Author