SOUTH Wales Fire and Rescue Service are encouraging all drivers and passengers to wear seatbelts when travelling in vehicles on the roads of Wales as part of their All Wales Seatbelt Campaign.

Group manager Vaughan Jenkins, head of road and safety at South Wales Fire and Rescue, said: “All too often the emergency services see the devastation caused and, in some cases, the tragic loss of life in road traffic collisions where passengers or drivers and sometimes children have not been wearing a seatbelt whilst travelling on the roads of South Wales.”

The campaign, which started yesterday and will finish on March 23, was launched on behalf of all the Welsh emergency services by teaming up with Paralympic gold medalist Josie Pearson MBE. She sustained life-changing injuries, which left her paralysed as a result of a road traffic accident near Abergavenny in 2003.

The purpose of the campaign is not only to enforce the law of wearing a seatbelt but also to educate, and prevent people putting their lives at risk in the first place by choosing not to belt up. Drivers or passengers who fail to wear seatbelts could face an on the spot fine of £100 and a maximum fine of £500 if prosecuted.

“At the end of the day it takes a couple of seconds to put a seatbelt on and those couple of seconds can ultimately save your life or stop you or a loved one being killed or seriously injured,” added Mr Jenkins.

Josie Pearson, seatbelts, South Wales Fire and Rescue
You may also like

Belt up or be fined: police launch seatbelt campaign 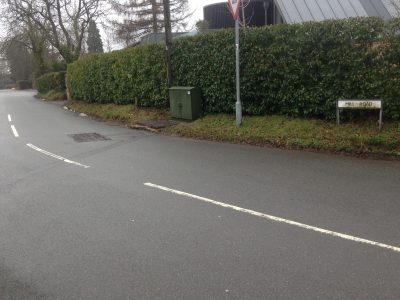