Peter Capaldi has been hailed the “people’s Doctor” by fans who gathered to watch him film the new series of Doctor Who today in Cathays.

Around 50 fans waited two and a half hours to get a glimpse of their hero and were thrilled when he took time out of his break to greet them and sign autographs.

Jonathan Eades, 35, from Cardiff Bay, said: “I think he’s going to be the fans’ Doctor.

“I met David Tennant and Matt Smith and they were nice and polite but they were always rushed.”

“Peter’s got so much time for the fans and has built up a bit of a fan base himself.

“He seems to have all the time in the world for fans.”

Fans gathered after reports on Twitter revealed the crew were filming at Cardiff University’s new Hadyn Ellis building on Maindy Road, which has also been used in another BBC Wales production, Sherlock.

He spotted some of the odd characters who will appear in upcoming episodes.

He said: “There were a lot of people dressed up in weird costumes.

“There was this really crazy guy with a top hat and a walking stick.”

Although Mr Capaldi has already guest-starred on the sci-fi show, he has yet to appear in a full episode in the title role.

His first episode as the Doctor is expected to air summer 2014.

BBC, Doctor Who, Peter Capaldi, Sherlock
You may also like 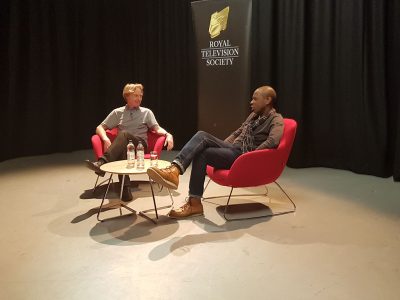